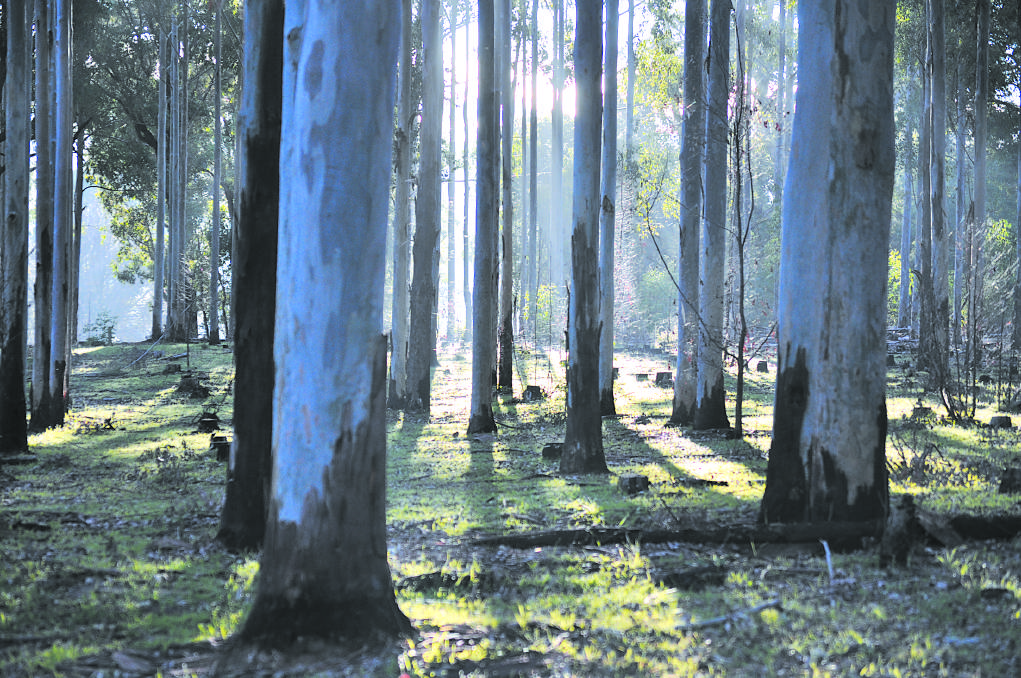 Logging of WA's native forests will cease from 2024.

On Monday the industry voiced its concerns at a rally in Manjimup, where more than 300 people were in attendance.

NATIVE tree logging is set to end from 2024, as the State government announced its commitment to protect South West native forests.

But the native forest industry said it has been blindsided by the announcement and that it wasn't consulted.

On Monday the industry voiced its concerns at a rally in Manjimup, where more than 300 people were in attendance.

"This is heartbreaking for our industry and the biggest initial impact is likely to be felt in our regional communities, but this will impact most Western Australians - anyone who enjoys products from timber furniture right through to firewood," said Forest Industries Federation WA (FIFWA) executive director Melissa Haslam.

"We are shocked at this rushed and bizarre decision, which came without any consultation.

"Since the politically motivated announcement last week, we have heard from many other sectors who are upset and will be massively impacted.

"The flow-on effects will be huge."

The decision is part of the government's upcoming Forest Management Plan 2024-33 which stated it will preserve at least an additional 400,000 hectares of karri, jarrah and wandoo forests, meaning that nearly two million hectares of native forests will be protected.

The WA native forest industry employs more than 500 people and generates more than $220 million a year.

From 2024, timber taken from native forests will be limited to forest management activities to improve forest health and clearing for approved mining operations, such as Alcoa.

The 2021-22 State Budget includes spending $350m over 10 years in new softwood plantations across the South West.

This investment will create at least 33,000ha of additional softwood timber plantation and will aid in sequestering carbon dioxide equivalent.

While FIFWA welcomed this investment in the plantation sector, it said it wouldn't support the native timber industry as the two were not interchangeable.

"This decision will result in an increase in timber imports from countries which do not share our high environment and management standards," Ms Haslam said.

"Right now, we need more detail about what comes next for these businesses who have been shattered by a reckless decision." 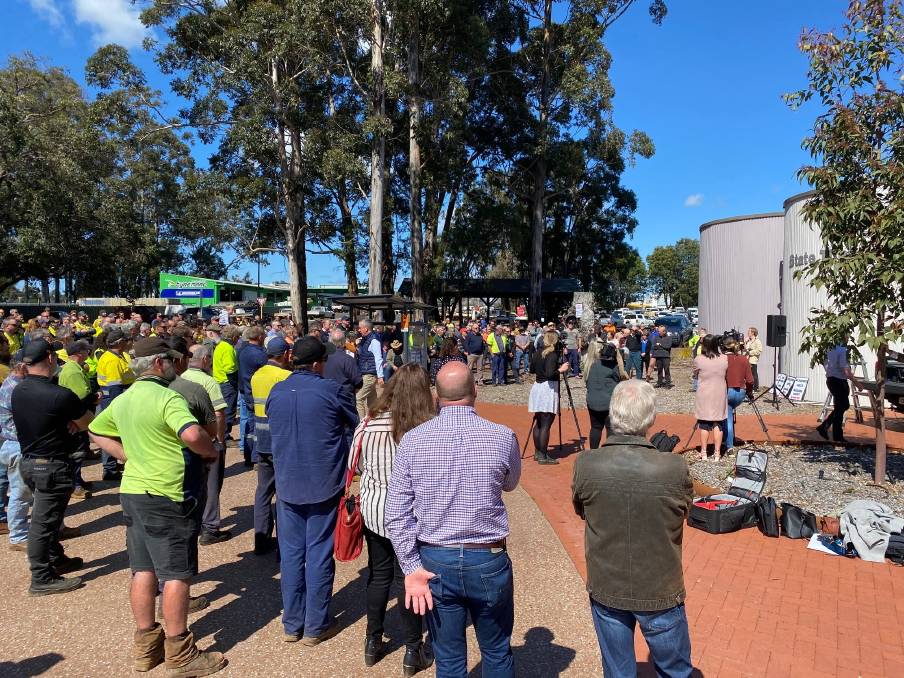 More than 300 people gathered in Manjimup to voice their concerns about the government's decision to end native tree logging. Photo by the Forest Industries Federation WA.

To support workers, businesses and communities, the government has created a $50m Just Transition Plan to help them drive further diversification of local economies and assist in securing sustainable job opportunities.

A Native Forestry Transition Group will be established to assist in the development of the plan, comprising the local industry, union and government stakeholders.

WA Premier Mark McGowan said the decision was an historic moment for the protection of WA's forests and the creation of sustainable jobs.

"This builds on the legacy of the Gallop Labor government's decision to end old growth logging in 2001," Mr McGowan said.

"By transitioning more of the forestry industry to sustainable timber products like softwood, we are investing in WA's future - supporting the construction and forestry industries and our regional communities.

"Protecting this vital asset is critical in the fight against climate change."

The Nationals WA has also criticised the government's move, with the party's Forestry spokesman Steve Martin condemning the government for "blindsiding" the industry.

"Without consultation and transparency with stakeholders, Labor has hung the forestry industry out to dry," Mr Martin said.

"We are already seeing a shortage in construction materials, (and the) decision by the government has made sure that the shortage of hardwood will continue in the future."