There has been an apparent breakthrough in the global race to copy meat in the laboratory. 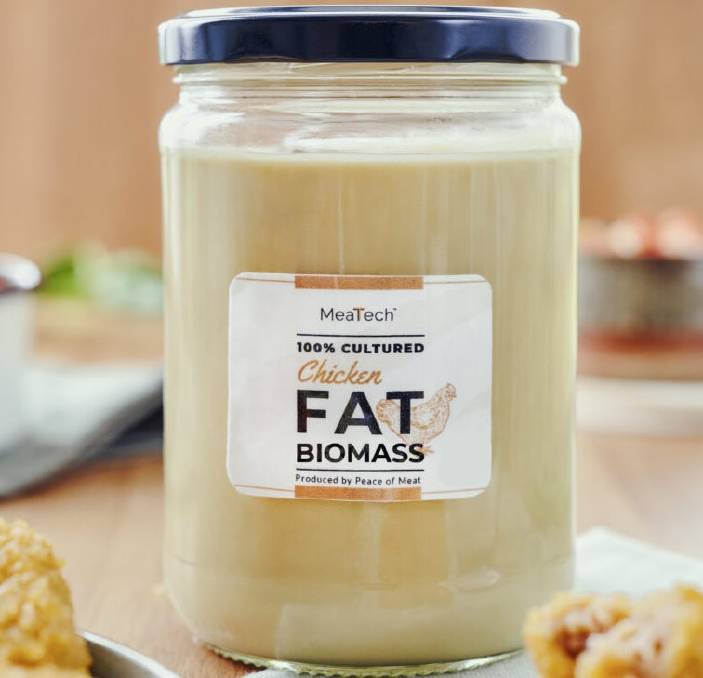 HOLY GRAIL: This is the 700g sample of fat produced in a laboratory which developers believe could revolutionise the fake meat industry and challenge animal products for taste. Picture: MeaTech.

There has been an apparent breakthrough in the global race to copy meat in the laboratory.

Fake meat companies are spending many millions of dollars trying to replicate animal fats not just the flesh.

MeaTech, a developer of 3d printed cultured meat told financial markets last week it had managed to "cultivate" just over 700 grams of pure chicken fat in a single production run.

The chicken fat was developed by MeaTech's subsidiary, Peace of Meat in Belgium, which says it behave just like real fat and can likely be produced in commercial quantities.

The company says only a small amount, about 10 per cent, of the finished product is needed to make a taste impact in plant-based meats.

MeaTech wants to ramp up production of the fake fat at a pilot plant next year and sell it to the alternative meat industry as a taste-enhancing ingredient.

Its big goal is to produce a 100g cultured steak which MeaTech says will "demonstrate our 3D printing capabilities". 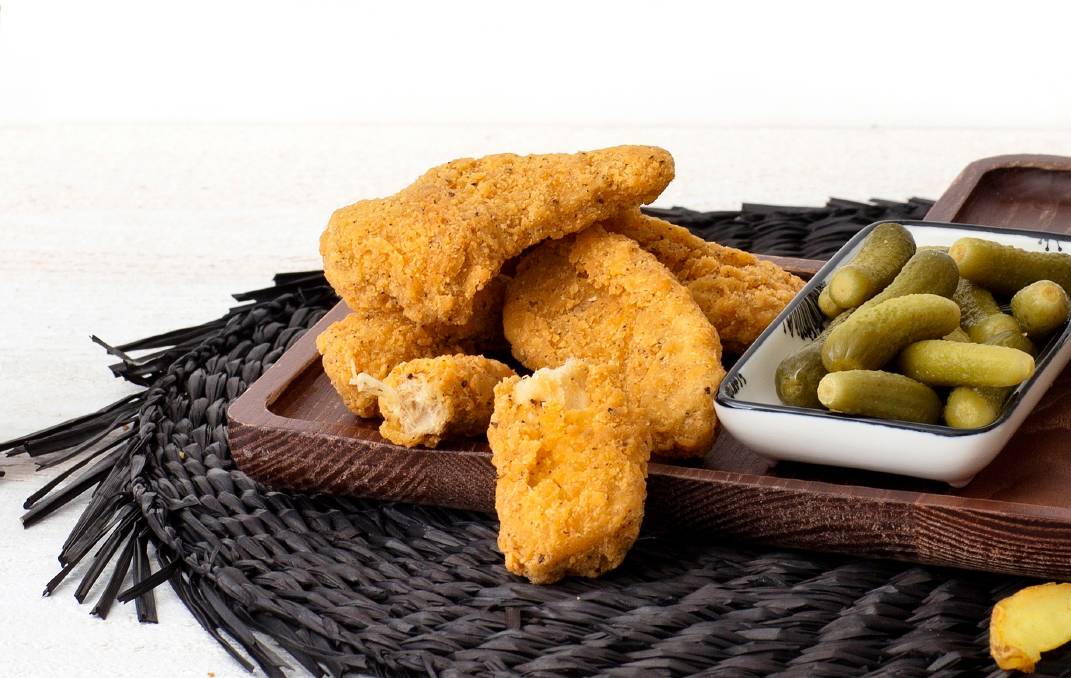 It says the successful trial of the chicken fat represents the first time any company has grown pure cultured cell biomass of this volume.

Some new food which can expect to quickly benefit from this new ingredient include chicken nuggets and vegetarian sausages.

Cultivated meat, which includes muscle and fat, is produced by harvesting a small sample of animal cells and growing the cells in bioreactors using cell cultivation techniques.

They call this new food hybrid meat, a combination of both plant-based and cultivated meat ingredients.

"The production capabilities we have demonstrated today are a successful step in line with our strategy of developing a pilot plant for cultivated fat production, which we are planning for 2022," MeaTech founder Sharon Fima said.

"Producing this quantity of pure cultured material in one run is a breakthrough towards potentially manufacturing cultivated chicken fat at an industrial scale and cost parity," Peace of Meat managing director David Brandes said.

MeaTech is also experimenting with development of cell lines for beef, pork, as well as chicken.

MeaTech listed on the US Stock Exchange earlier this year and has already raised almost $30 million to pursue its research into fake meats.

It is estimated Australians eat their way through 46.4kg of chicken meat each per year - nearly half of all meat consumed.

Canberra-based Nourish Ingredients aims to use a fermentation process to make specialty fats and oils to "make plant-based alternative proteins taste just as good as the original, but animal-free".

The story The real race is to develop fake fat, not just fake meat first appeared on Farm Online.