FOUR PILLARS: Vice president of the cattle division of big multinational agricultural outfit AgReserves Erik Jacobsen outlined how the concept of sustainability had been built into operations at a virtual forum this month.

THE ways in which livestock production will play a critical role to moving the world towards both climate neutrality and zero hunger were put under the spotlight at a recent international virtual event.

The one-day forum was held in the lead-up to the United Nation's Food Systems Summit, which kicks off in New York on Thursday, in a bid to highlight the changes being made in animal food production and processing towards sustainability, while at the same time lifting the availability of protein.

Presented by Elanco and Agri-Pulse, the Sustainable Solutions for Zero Hunger by 2030: A Vision for Animal Agriculture Forum brought together hundreds of agriculture business leaders and policy makers from around the world.

She strongly advocated rethinking distribution of, and access to, animal protein.

A significant proportion of the population still lived below acceptable protein levels in their diets, she said.

"There are also parts of the world where people consume more animal protein than they need and that has to be addressed," Dr Kalibata told the forum.

"Yes, agriculture is contributing to climate change and animals in some places have been called out, and we can't walk away from that challenge.

"But with this industry we also have opportunity. The UN Food Systems Summit recognises that we need to come through on our sustainable development goals, and this industry has the ability to do that."

Vice president of the cattle division of big multinational agricultural outfit AgReserves Erik Jacobsen outlined how the concept of sustainability had been built into operations.

Mr Jacobsen is also president of the Florida Cattlemen's Association, on various committees of the United States National Cattlemen's Beef Association and an animal science graduate.

AgReserves' cattle arm was primarily in the cow-calf business, and thus had large landscapes of grassland it grazed cattle on, he said.

"A sustainability program was launched in 2016 based on the four pillars we think are critical to create the balance needed to run a cattle company - the environment, animal handling and welfare, community and workers and economics," he said.

"We have re-arranged our whole operating manual around these four pillars and one of the key things is we've learned is to develop far more balanced plans."

Along with continuous improvement in genetics, productivity, soil health, rotational grazing and pasture improvement, clean energy production in Florida and Texas operations has been a key initiative.

"We partnered with utility companies and put in solar applications," Mr Jacobsen explained.

"It has been a good fit with cattle ranching. It doesn't affect production too much but produces a huge amount of electricity on lower production parts of the ranch, which can be tied into the electricity grid."

"We're now at 250 megawatts of production, with another 300 under construction and we'll probably double that in the next two years.

"It's an initiative that fits both the economic and environment pillar."

He said sustainability was 'not just a program off to the side' at AgReserves but rather a concept embedded into all that is done and the benefits accrued 'have made us far better ranchers'.

Animal welfare onboarding and ongoing training, for example, were about slowing down animal handling practices and learning to work cattle more carefully and in a way they better respond to.

The collateral benefit of that had been worker safety and lower accident rates.

"Our lost time rates have gone from being above the industry average to about half," Mr Jacobsen said.

Mike McCloskey, chief executive officer of US cooperative Select Milk Producers, told the forum in the next five to seven years, his organisation would be able to reduce the emissions associated with livestock by as much as 70pc.

He said these opportunities exist whether it is one cow or 1000 cows being managed. 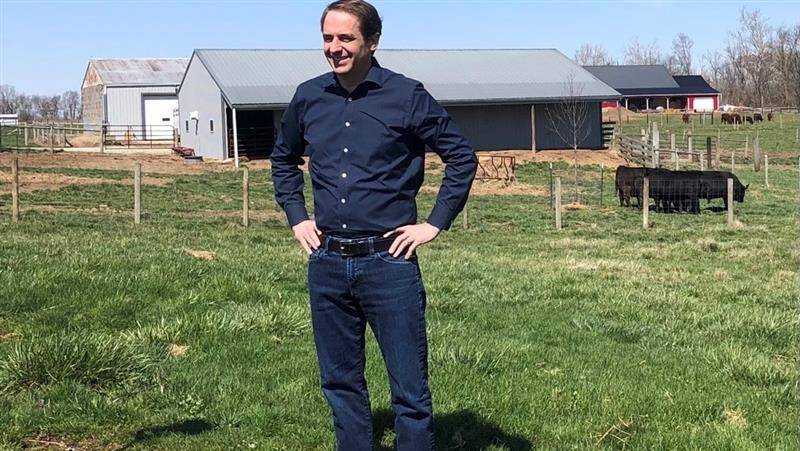 Livestock producers are the only industry segment that sits at the center of both climate and calories, Jeff Simmons, president and chief executive officer at Elanco, said.

With decisive action, animals can be a critical, fast-moving solution to positively impact global climate warming through the reduction of methane.

The story Calories and climate change: Why animals are the answer first appeared on Farm Online.