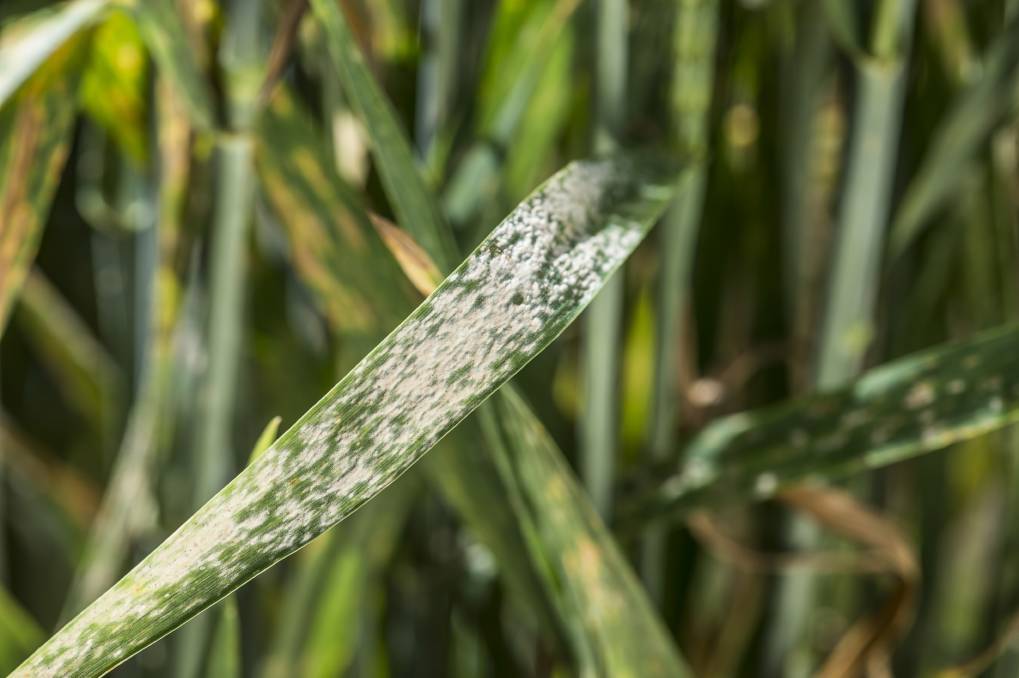 Australian researchers have discovered a unique set of genes that will help breeders to develop barley varieties with more stable resistance to powdery mildew. Photo by Evan Collis.

The three adult resistance genes (RBgh1-3) share new mechanisms for fighting the barley powdery mildew pathogen, making them the best hope yet of achieving long term resistance to the disease.

AUSTRALIAN researchers have discovered a set of unique and potentially durable resistance genes from exotic barley lines and landraces that breeders can use to develop crops with more stable resistance to powdery mildew.

Discovered at the Centre for Crop and Disease Management (CCDM) - a leading Australian research centre with co-investment by the Grains Research and Development Corporation (GRDC) and Curtin University - the three adult resistance genes (RBgh1-3) share new mechanisms for fighting the barley powdery mildew pathogen, making them the best hope yet of achieving long term resistance to the disease.

Powdery mildew is a challenging disease for Australian barley growers, especially in high-rainfall and humid weather conditions favoured by the pathogen and can result in substantial losses in quality and yield.

Fungicide resistance to triazole class (Group 3 Dimethylation Inhibitors - DMI fungicides) is now widespread in areas such as southern Western Australia, where the disease has at times reached epidemic levels.

Led by Dr Simon Ellwood, the CCDM's barley research team had noticed some barley lines were resistant to powdery mildew at adult stage but not as seedlings.

"This led us to focus our research on adult barley plants, specifically in exotic lines and landraces that are not closely related to modern barley cultivars and which have a limited range of resistance genes to powdery mildew disease," Dr Ellwood said.

"While these exotic and wild types of barley are not ideal as grain crops, their desirable traits can be bred into elite barley lines, including the new resistance genes we have identified."

CCDM director, professor Mark Gibberd said the discovery of the new sources of resistance was the result of strong investment in the CCDM by Australian grain producers through the GRDC and Curtin University, which has enabled researchers to take a long-term approach to powdery mildew research.

"Until now, research to identify sources of durable genetic resistance to barley powdery mildew in Australia and overseas has mainly been done at seedling stage," Mr Gibberd said.

"With co-investment by the GRDC and Curtin University, our barley researchers were able to work on novel research with adult plants over a sustained period to identify the first set of durable resistance genes for the disease, which shows their commitment and support to our research is paying off."

The team searched for resistance in more than 1000 exotic lines and wild relatives of barley from regions of the crop's diversity in the horn of Africa, the Near East and Asia, accessed through the Australian Grains Genebank.

Carrying out genetic mapping and multi-pathogen disease screening, the team discovered that not only were the exotic barley lines themselves diverse, so were their types of resistance.

"What makes our newly discovered resistances useful to breeders is their atypical nature," Dr Ellwood said.

"They share common features that suggest they operate by a different mechanism to conventional genes to resist powdery mildew, so integrating them into Australian barley cultivars should make for a strong defence that is difficult for the pathogen to overcome.

"They also appear to be broad-spectrum showing resistance to all powdery mildew pathotypes tested and they are each single genes which makes them easier for breeders to work with.

"Adding to their uniqueness, no previous genes for resistance have been identified in regions of the genome where we found these genes."

The newfound resistances are not the first discovery by Dr Ellwood's team.

In 2016, they discovered a resistance mutation variant from an Ethiopian landrace that showed less necrotic spotting and loss of photosynthetic capacity, which was released to Australian barley breeders.

"Breeders now have a set of options they can use separately or together in various combinations to build strong, multi-mechanism resistances into our Australian barley cultivars," Dr Ellwood said.

"Having the resistances effective in adult barley plants ensures they are effective when growers need them the most - in the later growth stages when yield is at stake.

"By providing breeders with the knowledge and tools to deliver stable resistance in barley cultivars, we are supporting the adoption of improved germplasm and helping Australian growers to cost-effectively manage powdery mildew disease."