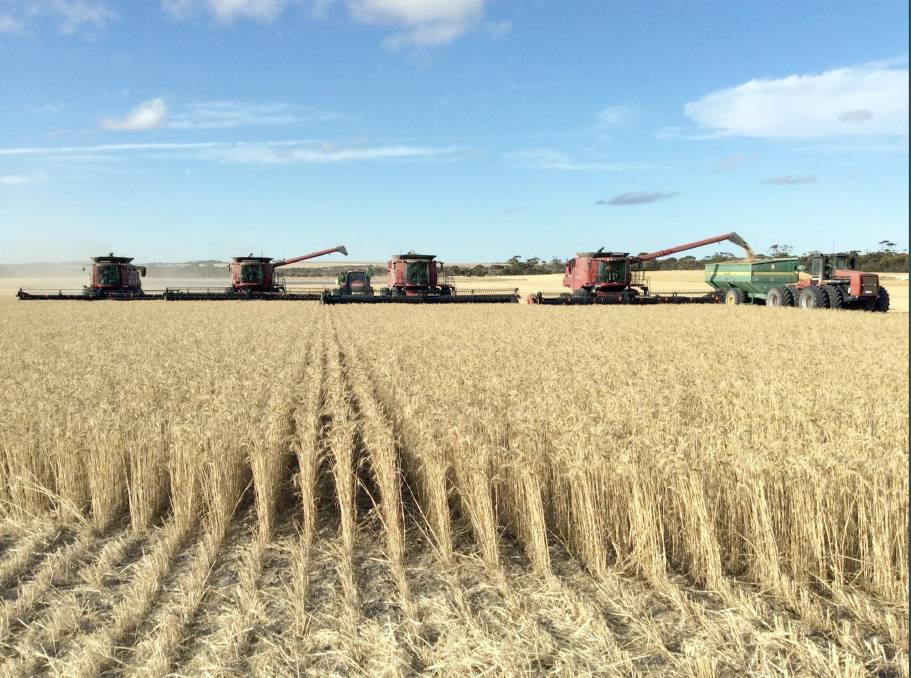 Increasing farmland values over the past few years have not deterred John Nicoletti from buying several farms throughout WA, mostly concentrated in the eastern Wheatbelt. This year he has acquired two large properties at Newdegate, with Connawarrie (11,507 hectares) and EDL Farms (9160ha). Photo by Ray White Rural WA.

In the past few years, John Nicoletti decided to venture back into farming and has acquired vast parcels of land from Borden, to Hyden and around Beacon.

That was what WA businessman John Nicoletti said when asked why he's stayed in agriculture after selling off his vast grain portfolio, first in 2016 and then more land in 2019.

"A house will go out of fashion and needs upkeep," Mr Nicoletti said.

"Sure, land can get degraded if it hasn't been farmed properly, but it never gets old.

In the past few years, Mr Nicoletti decided to venture back into farming and has acquired vast parcels of land from Borden, to Hyden and around Beacon.

This year two key purchases of Mr Nicoletti's included the large scale properties at Newdegate: Connawarrie, of 11,507 hectares, for about $17 million, and EDL Farms, measuring 9160ha, which at the time of writing had not yet settled and a price could not be disclosed.

Mr Nicoletti confirmed the hunt for more land is not yet over, as he still has his sights set on more in the eastern Wheatbelt.

"I would look for something to make it an ease of operation, so I'll buy land in a certain area and then leave it at that," he said.

"So we bought a big chunk of land at Newdegate and Beacon has been in my eye sight for a couple of years so I'll buy a bit of land up there and then I'll probably hang up the boots."

Mr Nicoletti said he didn't expect to be purchasing too much more land and would concentrate on farming them and improving the country.

Previous purchases in the past few years were based on the decision of Mr Nicoletti leasing them out, whereas now he's focused on farming them himself.

When asked if he regretted selling his old farm portfolio in 2016 to CK Life Sciences and in 2019 to the Saudi Agricultural and Livestock Company (SALIC), he replied "yes and no".

"At the time it was a decision which I thought would be easy to sell the farms and retire with my machinery dealerships and after three or four weeks of sitting in the dealership, I realised that that's all I had to concentrate on and realised it wasn't for me," he said.

"So I decided that I would sell.

"I find farming more rewarding, driving around, buying a farm and making some changes to it, improving the land, improving the waters - I get more pleasure out of that than being in the dealerships.

"I couldn't grow my (dealership) business anymore, I was surrounded and I had nowhere to go, so my days were numbered.

"I don't miss the dealerships at all."

But AFGRI's purchase did not include the six showrooms, which are on the market through Elite Property Group consultant Aldo Gianotti.

"They were offered to AFGRI and they weren't interested in them but had the option to buy them, so we negotiated a lease and I think the lease is pretty good, so I thought the time was right to put them on the market," Mr Nicoletti said.

He has also exited out of his partnerships with high profile rural agent Danny Thomas, as investment company ROC Partners acquired Mr Nicoletti's 50 per cent share in both the Murray River Land Trust and Ulupna Pastoral Company.

He confirmed he would not be entering into any more business partnerships.

"I like to be in control of my own destiny," he said.

"(The partnership with Mr Thomas) was never a long-term investment anyway from where I sat, so in November last year I said that I wanted out, so it went on the market and I think we saw the upside in it and grabbed our money and moved on."

With plans to acquire a bit more land, Mr Nicoletti said he wasn't put off by rising land prices over the past few years.

"That's why I bought land, because money is very accessible and relatively cheap and I could see that land values were going to take off and still will," he said.

"It's all worked in my favour - it all played into my hands.