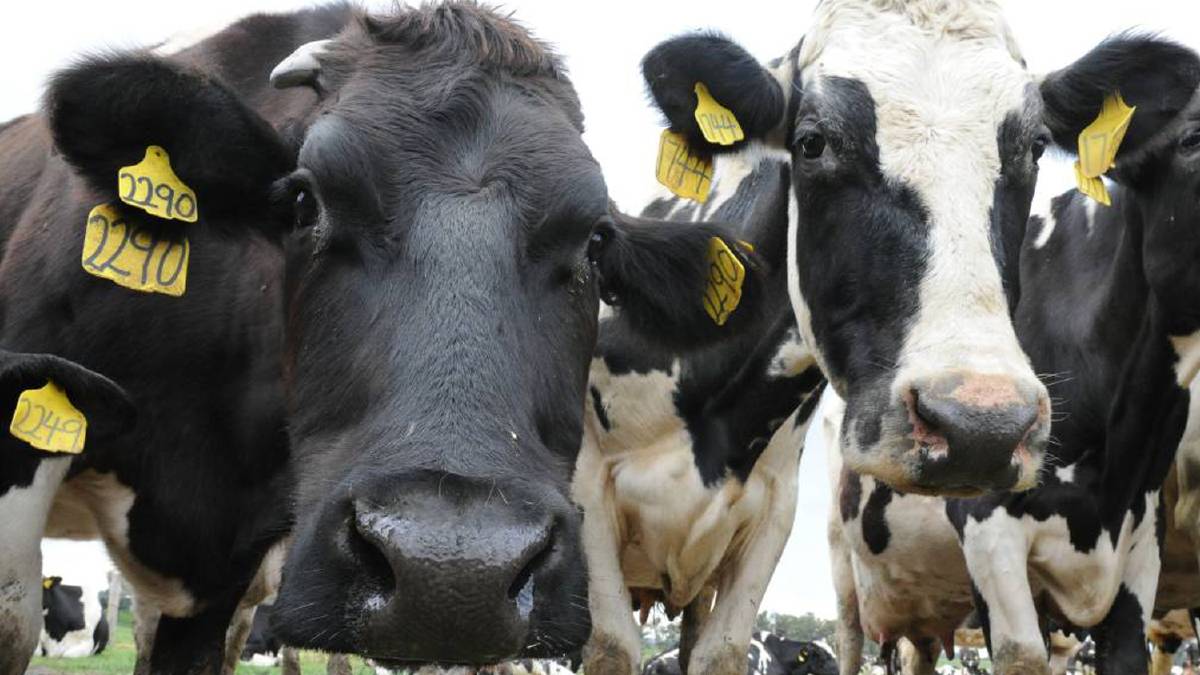 POLL OPTIONS: Dairy farmers will be given four choices for their mandatory services levy in a poll next year.

A 20 per cent increase in the mandatory dairy service levy that farmers pay Dairy Australia has been recommended by the independent committee reviewing the levy.

A 20 per cent increase in the mandatory dairy service levy that farmers pay Dairy Australia has been recommended by the independent committee reviewing the levy.

The Levy Poll Advisory Committee, on Wednesday, released the options to be put to a levy poll next year.

But farmers will not be given a choice to decrease or remove the levy.

The four levy options to be presented in the poll are:

Dairy farmers last voted on the levy in 2012.

In late 2015, dairy levy payers voted to remove the compulsory requirement for Dairy Australia to convene a levy poll at least every five years.

The decision to not offer a decrease option in next year's poll has angered some farmers, but committee chair Ron Storey says an increase is vital to the long-term viability of the industry.

He said the committee took into consideration several factors, including:

Mr Storey conceded the committee had heard from some farmers who advocated for no levy or no increase.

But it also heard from others who supported a larger levy for increased investment in research, development and extension.

"LPAC has considered these views, and on balance, believes farmers have been provided with a choice in the poll to select from the 'increase' options or to choose 'no change' to the levy," he said.

The NSW and Queensland farmers on the committee resigned last week in protest at the committee decision to only offer farmers the option to maintain or increase the levy.

Norco directors Dorrigo, NSW, farmer Heath Cook and Moy Pocket, Qld, farmer Matthew Trace, who is also vice-president of the Queensland Dairyfarmers' Organisation, said the levy poll options did not reflect the views expressed to the committee by farmers.

He called on the committee to release the survey results that were provided by dairy farmers to the poll committee.

But he stepped away from advocating for the levy to be reduced, saying farmers should be given the opportunity to "look at all options - whether it be no levy increase to a 10pc increase and everything in between".

It would then be up to those advocating for an increase to put their case, he said.

"Dairy Australia plays a vital role in terms of research and innovation," he said.

"It drives customer trust and I think the role that they play is vitally important especially through their regional services and addressing other major issues that the industry will be confronting."

Sunshine Coast dairy farmer Jason Rozynski, writing for the QDO in this week's Queensland Country Life, said what he thought would have been a simple enough process to give farmers a real say had turned into a bureaucratic mess.

"What could be so hard about letting farmers have a fair range of choices available to decide how much levy money comes out of their milk cheque every month?" he said.

"My thoughts are we don't see value for our levy money in Queensland."

"The dairy service levy is an investment made by farmers to deliver value back to their own businesses," DA managing director David Nation said.

"We have a track record of delivering value through investments and partnerships that are not possible to make as individual farmers.

"Our focus is to set out a case for farmers to best understand what can be delivered at each rate of investment proposed in the levy poll."

1. Labour - Farmers would have access to more people on-farm to address labour needs both now and in the future.

3. Climate - Farmers would be supported to address the climate challenge and reap the benefit of returns from carbon market participation.

4. Policy development - Farmers would have a stronger voice through more informed policy positions that advance the dairy industry.

The dairy service levy would also continue to be invested in services to benefit dairy farmers and protect the right to farm.

The dairy farmer representatives on LPAC were:

The industry body representatives on LPAC were: