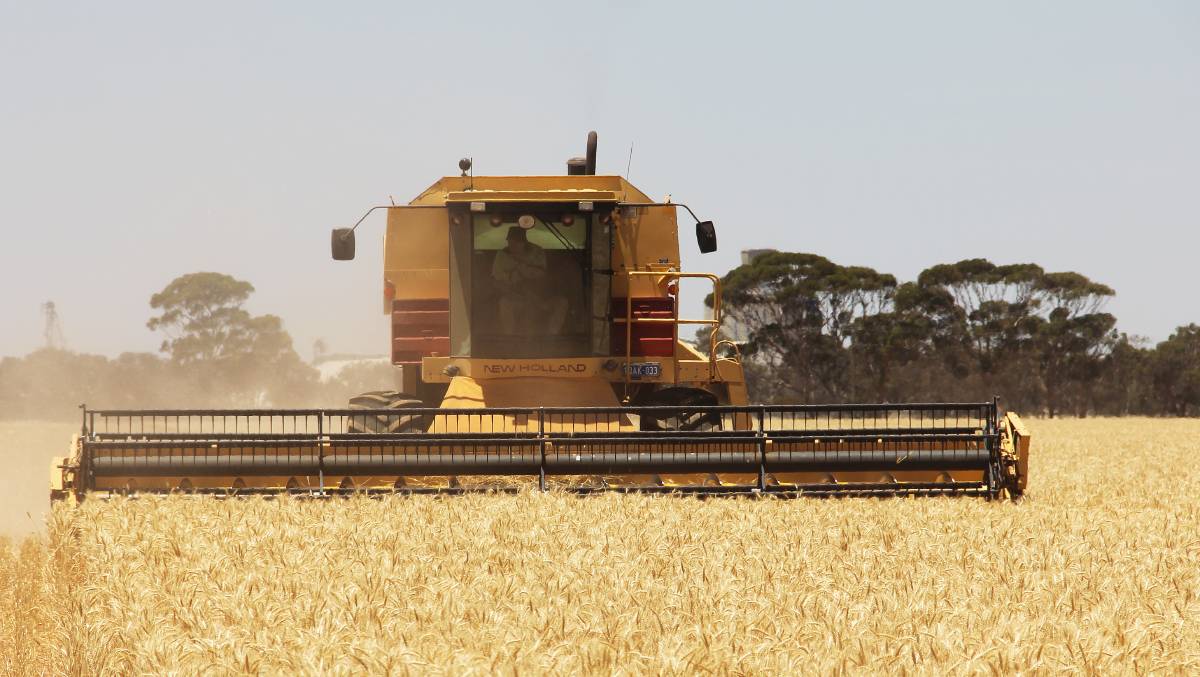 There is a wealth of information and advice on DPIRD's Season 2021 webpages to assist graingrowers to harvest heavy crops and maintain ground to protect paddocks from wind erosion.

ABOVE average growing season rainfall has resulted in bumper crops with high stubble levels, which could create additional harvesting challenges for graingrowers.

The Department of Primary Industries and Regional Development (DPIRD) has harnessed a range of harvesting information and advice, as well as stubble management strategies to mitigate the risk of soil erosion on its Season 2021 webpages.

DPIRD recommends landholders maintain at least 40 per cent standing stubble, of which at least 30pc should still be anchored by the beginning of autumn.

DPIRD research scientist Glen Riethmuller said the key to a good harvest this season was to cut stubble as long as possible, without leaving grain behind, and spread the chaff and straw evenly across the paddock to provide ground cover for wind protection.

He said the cut height would be imperative in this season's heavy stubbles to drive harvester capacity and reduce fuel consumption.

"If using a weed seed destructor, it could be important to adjust the cutterbar height to just below the weed seed heads, so the weed seeds are captured and thrown into the destructor to reduce the weed seed risk for next year," Mr Riethmuller said.

"This may be above the normal 'drink can height' but will help the harvester to chew through the crop more quickly, reducing the load and fuel cost."

Another option to boost header capacity is to adjust a chopper, which Mr Riethmuller said could be adapted to further reduce the power needed but still provide ground cover.

"Growers can pull out every second knife in the chopper to reduce the load in a big crop, which may improve performance while still leaving stubble long enough for wind protection," he said.

A strategy for growers who employ controlled traffic farming systems is harvesting on an angle to the seeding direction to distribute the straw and chaff across the tramlines to provide more even ground cover.

Alternatively, if the soil is dry and the straw spreader cannot throw the full width, harvest half a front width off the tramline to distribute the straw more evenly from previous harvests, which may also help seeding the following season.

Growers with crops that were damaged by frost and those with lupins are reminded to keep headers clean from dust to reduce the risk of header fires.

"Crops that have been affected by frost tend to produce a lot of dust, as do lupin crops that experience a short, sharp finish to the season," Mr Riethmuller said.

"It is important to blow down headers regularly to ensure the dust does not catch fire and create a serious safety risk."

The use of a drop tray is a useful way to measure crop losses, particularly for small canola seeds, during the day.

"Crop losses can vary at different times of the day so it is important to check the drop trays regularly to ascertain any crop losses," Mr Riethmuller said.

"If losses are observed, growers may need to adjust the rotor speed, sieve setting, fan speed and ground speeds to optimise threshing performance."