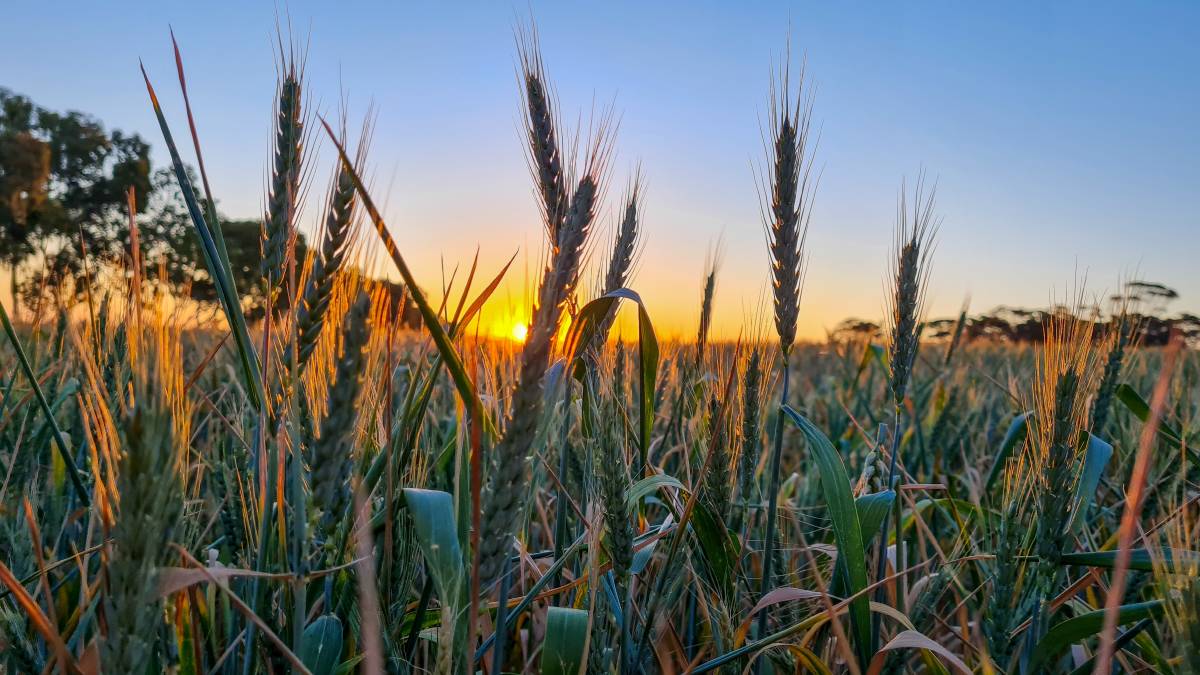 Farmer Ruth Parkhouse, South Yelbeni, who took this photograph, said her crops were showing great potential but were hindered by lack of rain in spring and some frost.

Frost and dry challenges finish to 2021 crops in WA

LACK of finishing rainfall in graingrowing regions has been the key pinch for this season's crop, according to independent agronomist Michael Lamond.

"You could say the State is in two halves - the top half, particularly the central area which had really bad frost and was dry and further north was dry, but as you go south they've had a bit of rain, cooler temperatures and things have improved," Mr Lamond said.

Over the past week or so, some light showers were received across the agricultural region, however the majority of the rainfall was closer to the coast and in higher rainfall areas for the south.

As such, Mr Lamond said recent rainfall would have essentially no impact on harvest.

"The biggest impact on harvest has been the lack of rain in the past two months, so most of the areas, except for close to the coast and the southern half of the State, have had basically no rain for two months, which has had a bigger impact than frost," he said.

The worst-affected areas by frost were in the central Wheatbelt, concentrating north east of Merredin and about a 60-80 kilometre radius from there, from Dalwallinu down to Hyden. 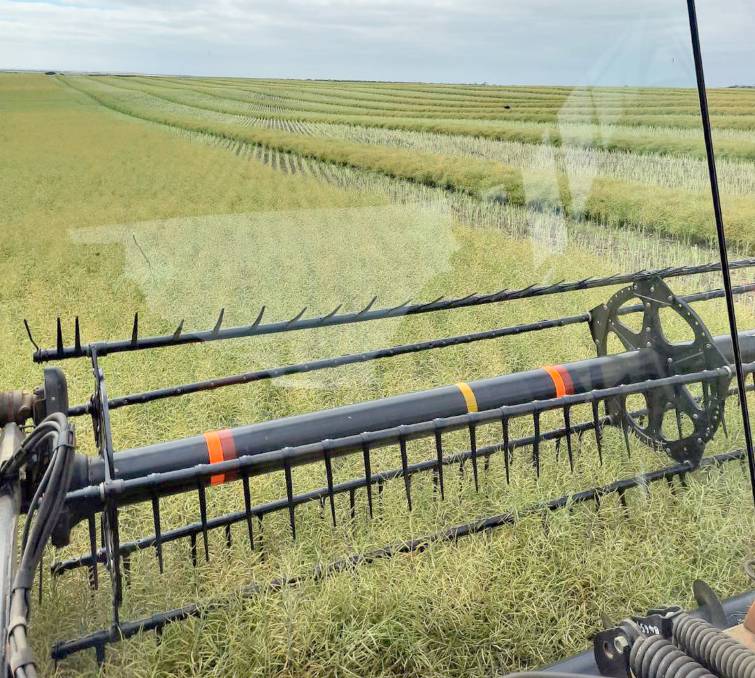 Scaddan grower Tom Curnow, who took this photograh, started swathing canola last Friday. He said the season had been going well so far, but that some later crops could do with a little more rain.

Mr Lamond said there were farms in this region which had paddocks completely wiped out from frost.

He said it was too late for these crops to recover.

"Because the frost was fairly early in September, there was going to be a chance of recovery, but with the lack of rain it's unlikely now," he said.

At South Yelbeni, farmer Ruth Parkhouse received about 280 millimetres of rain on her farm, with about 210mm falling in the growing season.

She said that was slightly above the farm's 10-year average.

"The season was shaping up to be a great year for us until the middle of August," Ms Parkhouse said.

"There was a lot of potential around, (but) lack of rain from then on and scattered frost has pulled our expectations back, but hopefully (it's) still OK.

"We have had some frost - there is definitely damage, it's hard to quantify.

"The header will tell us the truth."

She said harvest was expected to start in mid-October, "all dependent on the rainfall and temperature from here on of course".

Particularly for farmers in the south, frost could still be an issue over the next week.

But the State's reduction in grain tonnage was largely due to lack of spring rainfall. 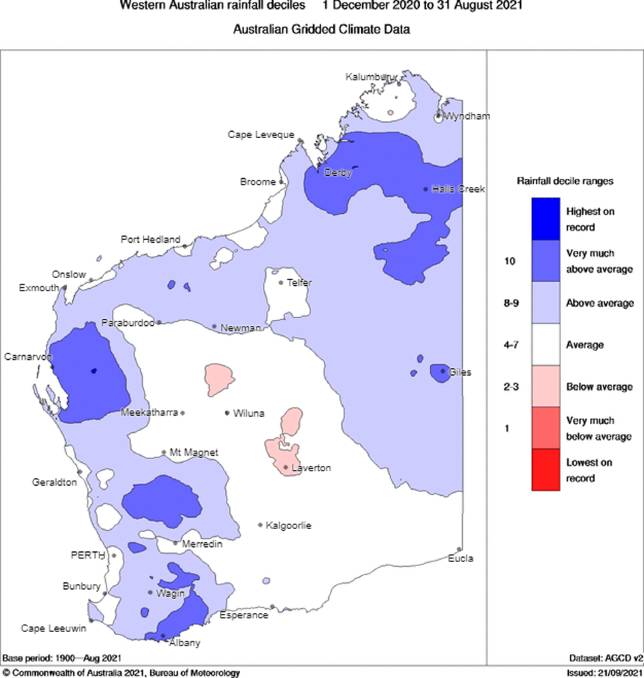 A dry spring for much of the State and frost in some areas have led to WA's crop being pinched of a record tonnage. Graphs by the Bureau of Meteorology.

"(The major frost in September and subsequent smaller frosts) have started to add up, but on top of that we've had virtually no rain in the top half of the State, so that's had a big impact on reduction in tonnage," Mr Lamond said.

"So the season in the north has been quite dry and has been finishing really quickly.

"In the north it was looking like an absolute cracker of a year - probably one of the best ever - but now it's looking to be about average or fractionally above average.

"Then because we've virtually had no spring rain at all, that's brought the crops closer to harvest quicker than normal."

Due to the lack of rain and frost damage, Mr Lamond expected there to be more screenings than would normally be in a better finish at this year's harvest.

"The crops had a lot of top growth and were growing well and then the tap got cut off," he said. 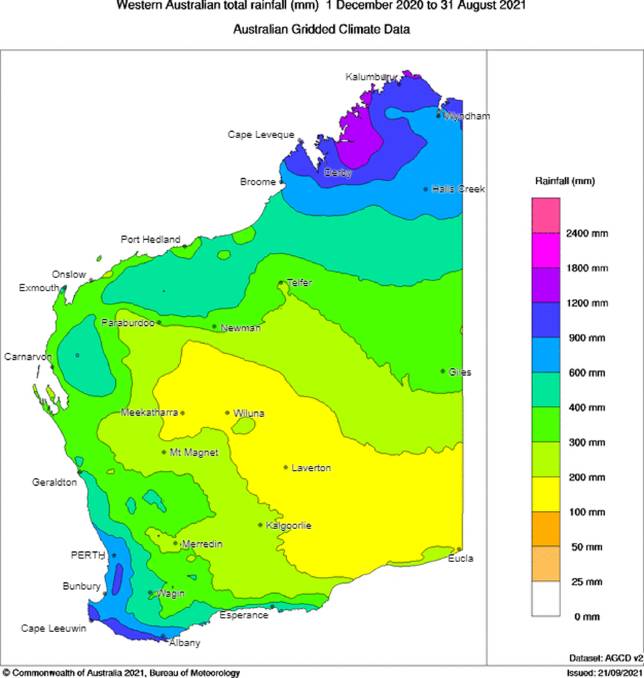 For graingrowers, this season's growing season rainfall was all about timing, with most areas receiving very little in spring.

"While there were reasonable reserves of subsoil moisture, the soil profiles are completely dry or too far down for crops to access and when crops finish a bit earlier than you would think, there are often high screenings, so that's probably going to be the case as you go north - the grain will be pinched, particularly on non-ameliorated country."

However he said it's likely that areas in the Albany port zone, particularly the Lakes district, would have increased tonnages.

"The severe impact of waterlogging has been reduced due to the soft finish for those areas, the crops have recovered so the prospects down there are better than they were a month ago," he said.

"So the bottom half of the State is still looking pretty good, although Esperance, which was looking at a record by a long shot, has dried off but because they haven't had hot temperatures it's been OK, but won't be anywhere near to what we thought."

Scaddan grower Tom Curnow said the season has been "tracking along OK" and he started swathing canola on a block west of Cascade last Friday.

"It was a bit dry for the past couple of weeks, which is a bit annoying for the finish but it is what it is," Mr Curnow said.

"We are a bit below our average rainfall but it's come at the right time."

The farm had received about 330mm so far for the year.

Mr Curnow said he was hoping for a little more rain in the coming weeks to help finish off the later-sown crops.

"We're probably almost on par, if not a bit better yield wise than last year.

"We were still well above average last year, so hopefully we can get to that again this year and I think we will if everything keeps going the way it is."

Mr Curnow said he was fortunate to not have been impacted by frost. 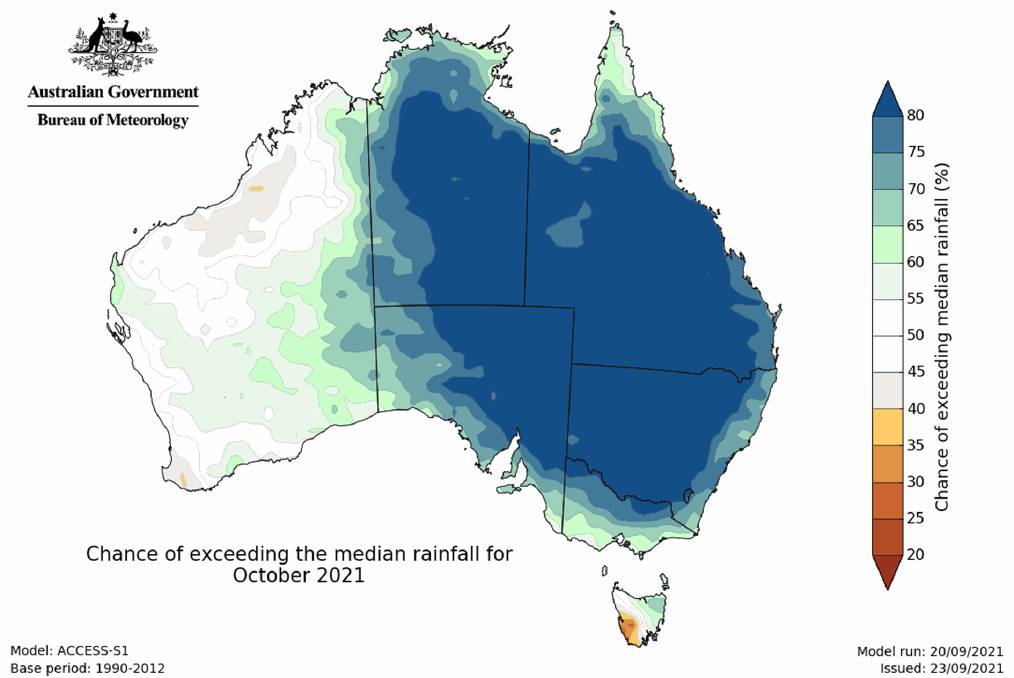 From October to November, WA is expected to have above median rainfall and maximum temperatures.

With harvest already underway, fire risk would be front of mind for farmers, particularly with frost-affected crops as they generate more dust and crop residue builds up on machinery.

The Department of Fire and Emergency Services (DFES) confirmed that work was currently being done to assess the conditions and potential fuel loads, which will depend on how the ground dries out.

As a result, DFES could not comment on the fire risk for the agricultural region but said official information would be available in four to six weeks.

The Bureau of Meteorology (BoM) reported that rainfall from October to December was likely to be above the median (chance of exceeding median is greater than 60 per cent) for the far South Coast of WA.

Maximum temperatures for October to December are set to be above the median (greater 60pc) for the far north of Australia, extending down to western WA.

Minimum temperatures in southern and northern WA have roughly equal chances of being above or below the median overnight temperatures (chance of exceeding the median is close to 50pc).