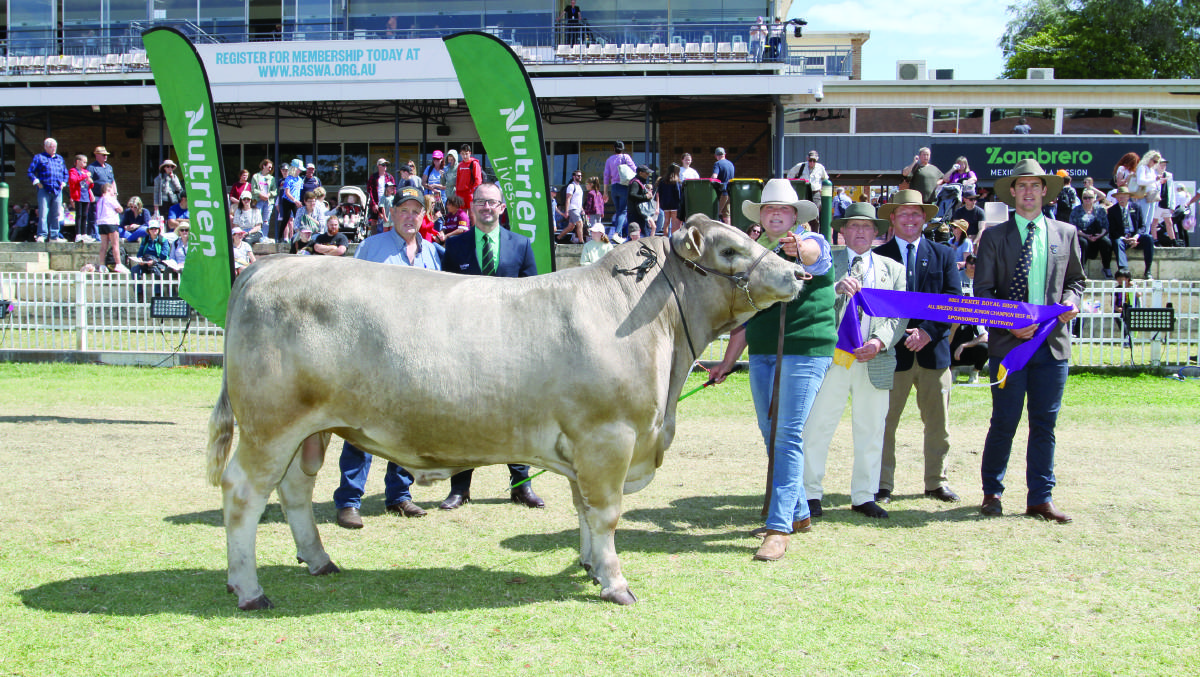 The best of beef cattle were showcased on the main arena in an interbreed feast last Thursday with the individual and group awards judged on the same afternoon.

Champions from their respective breed judging earlier in the week went head-to-head with their rivals to distinguish the champion of champions and share in generous prizes thanks to sponsors Nutrien Ag Solutions and Elders Limited.

An impressive line-up of European and British Breed cattle were presented before judges Kurt Wise, Southend Murray Grey stud, Woodanilling and Charles and Peter Cowcher, Willandra Simmental and Red Angus studs, Williams, which is believed to be the first time a father and son have judged cattle together at the Perth Royal Show.

At the completion of judging, the four coveted interbreed awards were won by four different breeders and three breeds with the Simmental breed claiming bragging rights winning the two female awards.

First to step out onto the arena was the line-up of seven junior beef bulls with the three judges unanimously agreeing the Murray Grey bull Tullibardine Rip Snorter R111, exhibited by the Murray family's, Tullibardine stud, Albany, was the standout winner.

The early March 2020 born bull was by Monterey Mandingo M204 and out of Tullibardine Katie M30. However, third place couldn't be split with a tie between entries from the Thompson family's Venturon Charolais stud, Boyup Brook and the Tuckey's family Mubarn Simmental stud, Pinjarra.

Commenting on behalf of the judges, Mr Wise said it was an honour to judge some of his industry peers cattle and there was seven very worthy contestants competing for junior champion interbreed bull.

"From my perspective, the winning bull came out here with mobility, is very market relative, smooth skin, soft amount of flesh, great through the feet and topline," Mr Wise said.

"But it was the mobility of the bull that got him into a winning position." Next onto the arena was seven excellent heifers in a closely fought contest for interbreed junior champion female.

Peter Cowcher said it was a great privilege for all judges to be given the opportunity to judge at the show and commended all exhibitors on a wonderful line-up of junior females.

"They are industry relevant and possess the traits we look for in terms of femininity, softness and structure," Mr Cowcher said. 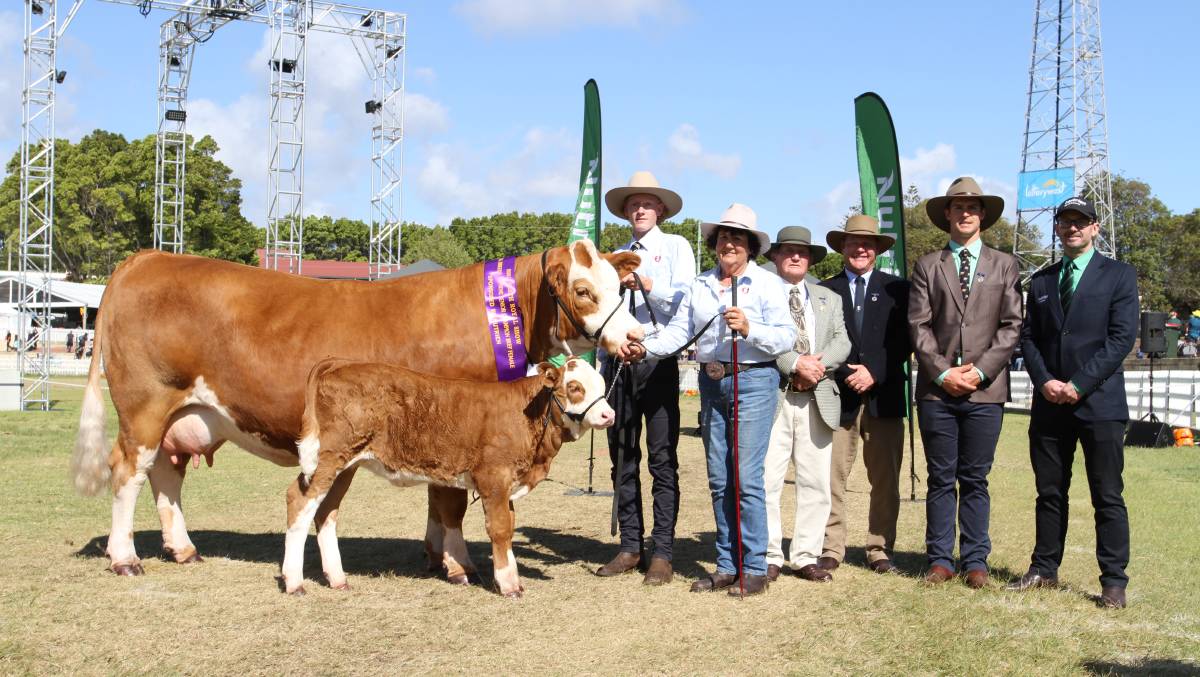 "They look like they have exciting futures in front of them and the breeders and exhibitors should be congratulated.

"From the front four finalist heifers, it was the overall volume, capacity and real beef carcase merits of the Simmental female that got her up in first place."

It was onto the older age groups starting with the interbreed senior bull and while there was only four entries, competition was tight with only three points separating the top three places.

Getting the nod from two judges was enough for the Red Angus bull Kildarra North N17 (sire of Escholar's second place junior female) to get him up in first place.

The September 1, 2017, born Kildarra bred bull by Tronar Hiphop and Jutland Kara was exhibited by new owners, the Escholar stud.

Charles Cowcher congratulated all exhibitors and said he appreciated how difficult it was to prepare a senior bull for showing on short notice with older bulls mostly out working.

He said the Red Angus bull held up so well structurally for a four-year-old bull.

"Loved the bull's muscle pattern with the strength in its forearms indicating muscle and not fat cover, you don't want fat in the forearms."

Rounding out the individual interbreed awards was seven mature cows with calves at foot vying for the interbreed senior female in another closely-fought contest with just two points separating the top three placings.

Two of the judges agreed the Simmental cow from the Bandeeka stud, Bandeeka Nimmy N2 and her heifer calf was their pick to see her get up for first place.

Mr Wise congratulated the line-up of senior cows and calves, particularly the front four finalists with "only a hair's breadth splitting them.".

"As judges, we worked very hard to find any faults between any of the first four cows and it was a pleasure to judge them," he said.

"The Simmental is a powerful four-year-old cow.

"The Angus and Charolais females have their first calves at just over two years of age and it's a credit to the exhibitors to present such young females that are out there doing the job.

"It's very good criteria to have in your breeding herd, putting out calves at two years old and still presenting in that condition with frame and structural correctness and is a credit to the breeders."