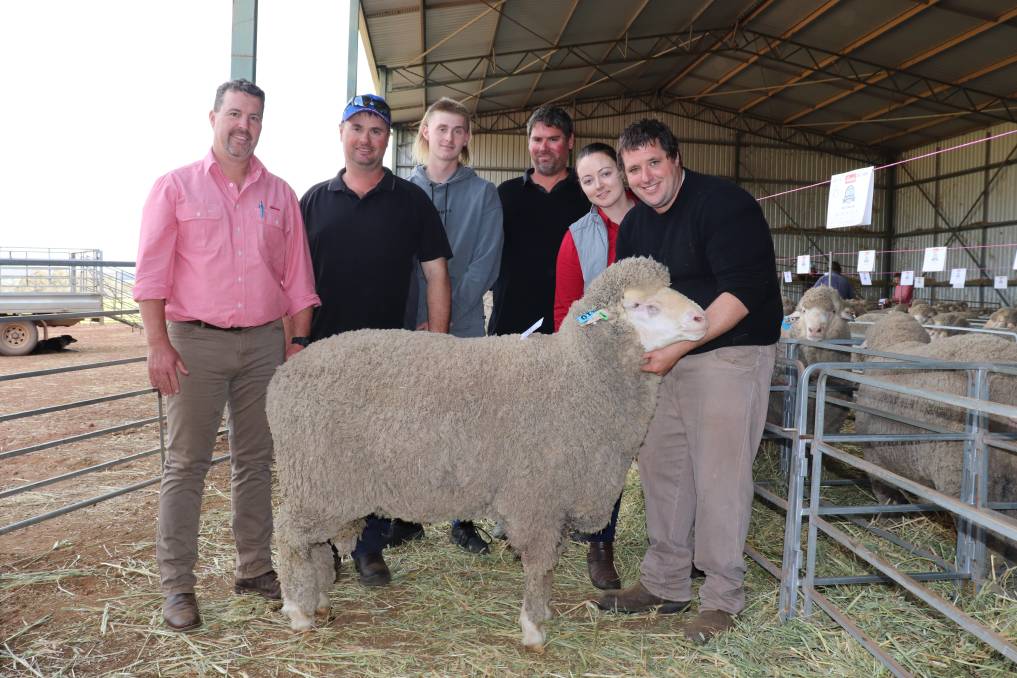 THE history books have been rewritten and let it be stated that Seymour Park Poll Merino stud, Highbury, has had one of the best sales of the 2021 season so far.

With strong competition from a full list of 35 registered buyers across the shed, it was obvious the sale on September 29 was going to be, what those in the industry call, a blinder from the outset.

The second offering of the day reached a $12,000 high, which was already $1800 higher than the previous year's top price, setting the tone for what was to come, and to drive home the point - this was immediately outshone by pen number three garnering $18,500.

However, it was the $24,000 sale-topping pen 10 that ended up being the highest achievement, with the figures lifting across the board for offering, clearance, top, gross and average price.

Elders Narrogin agent, Paul Keppel, said the sale results were even more impressive considering the increased offering of rams from the previous sale. "The support of other WA Merino studs throughout the top end of the sale was a real nod to the quality of the genetics on offer here," Mr Keppel said.

"Clinton has certainly invested a lot of time and money into his genetics and it is great to see him being rewarded for this.

The attendance and registration of eight fellow WA Merino studs was a very big boost to the sale with six of these successfully bidding on rams and the top six priced rams for the day, were purchased by five different studs.

It was once again the Morrison family, San-Mateo stud, Brookton, who determinedly purchased the $24,000 top-priced ram of the sale.

"He was a good square ram, with good feet, a good shape and exceptional wool test figures," Mr Morrison said.

"He was the complete package. 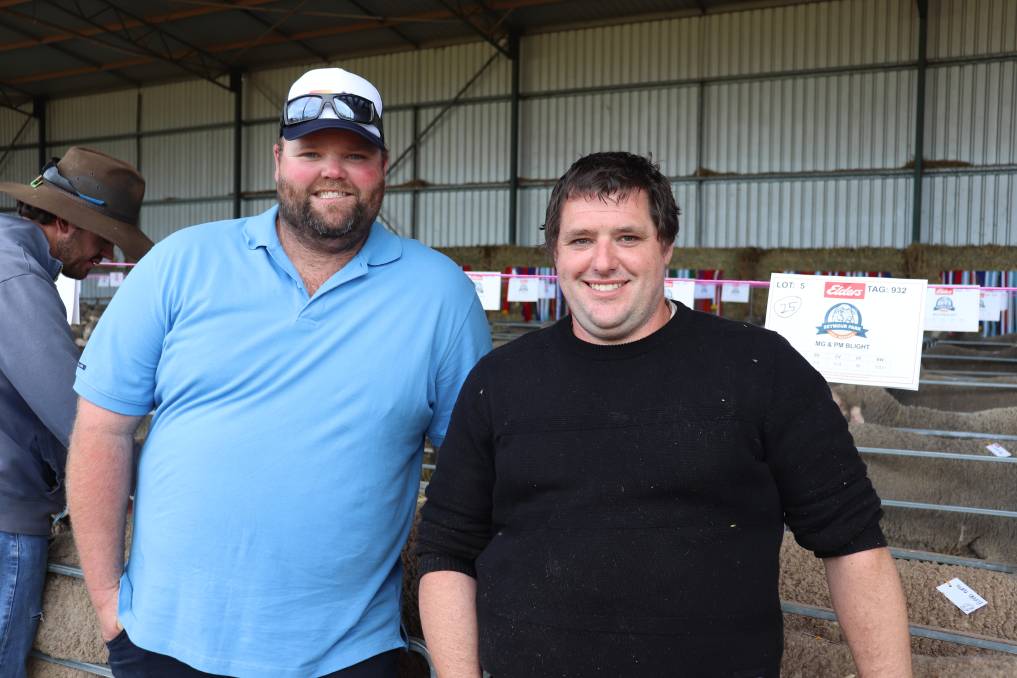 "He will fit in well with a few other Seymour Park rams we have bought in the past.

"The bloodline is very good, with really good, bright, white wool, that is consistently good.

"We purchased the top priced ram with all of this in mind, especially using it in conjunction with the previous sires we have bought.

"We are really investing back into our San-Mateo stud, for our clients and for our own large commercial flock."

The Morrison's purchased another sire for $7500 at the sale.

It was the Crichton Vale stud, Narembeen, which purchased the $18,500 second top-priced ram at the sale.

Crichton Vale's Pete Cowan said they had been purchasing from Seymour Park for around five years and the big second top-priced ram would be an outcross for their stud.

"The ram really had a great frame with wool quality to back it up," Mr Cowan said.

"Just his size and beautiful white wool is what we liked at the end of the day.

"The build really lends to the mix of meat and wool for breeding." Mr Cowan said that was what they liked, the dual purpose traits of the Merinos they had purchased.

Leaving the sale having secured the $12,000 third top- priced ram and one other ram, was the Teakle family, Walkindyer stud, Northampton.

It was another regular client and repeat volume buyer, Cadogan Estates Pty Ltd (Australia), Williams, that purchased a literal truckload of rams.

Cadogan Estates general manager, Tim Johnston, and farm manager, Hamish Cook, secured a total of 66 rams, 16 more than their previous year's total, to a top price of $3900 for an average price of $1994 a head.

"We have been buying from Seymour Park stud for seven years," Mr Johnston said.

"We like the Seymour Park bloodlines because they breed plain bodies, open wool sheep with no fly issue.

"We have not mulesed for five years.

"The rams we buy have nice frames, are a good size and are plain bodied."

Mr Cook said their average micron across the entire flock was around 18, with the hoggets averaging about 17.

There were numerous volume buyers through the catalogue and the next to stand out was David and Daniel Fleay, Talbot Pastoral Company, Beverley.

The Fleays breed commercially with a 1800 head breeding ewe flock.

Daniel Fleay said they had been Seymour Park clients for about five years.

"The rams here are the whole package," Mr Fleay said.

"They have fine, white wool on a big frame.

"We select purely on style.

"We have had great success with the Seymour Park genetics, our sheep have come along in leaps and bounds since buying from Clinton.

"They produce consistent quality wool and it is a real credit to the stud."

Rednevale Grazing Company, Williams, left the sale with a total of nine rams, to a top of $3100 and an average price of $1644, while Gumlee Farms Pty Ltd also took home nine rams for an average of $1000.

Down the list of 26 buyers that were able to secure rams for their breeding programs was JG & MM Armstrong, Narrogin, with eight rams in total for an average of $1225 and M & C Whittington, Lesmurdie, purchased seven rams to a top of $3600 and an average of $2286.

It is safe to say that Clinton Blight and the Blight family were extremely happy with the results of the sale and they thanked all their clients for their support.