CELEBRATING 50 years of breeding, the Coromandel Poll Merino stud Gairdner marked the occasion with a burster of a sale result, selling 78 out of 80 rams to a top of $7100 and average of $1873, on September 28.

Demand for the soft, white-woolled Poll Merino sires was unwavering right throughout the catalogue with the first to the last ram attracting strong bidding competition.

Buyer Wayne Newbey, Newbey Bros, Broomehill, has been a client of Coromandel for 12 years and secures the best quality sires he can find to produce their own rams from a nucleus ewe flock.

"We were looking for a ram with stud sire qualities and we felt this ram had everything with excellent body conformation and outstanding wool qualities especially his clean fleece weight." 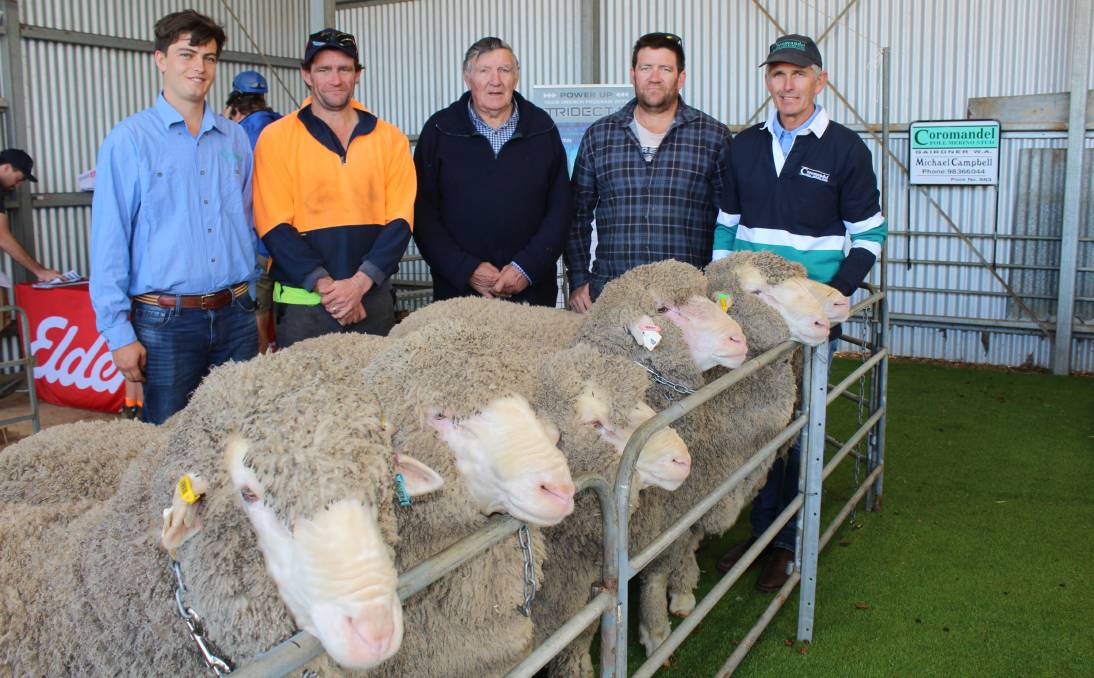 Original clients of the Coromandel stud the Peacock family were again there to support the sale in its 50th year. The family bought five rams in total which included the $5100 equal second top price of the sale. Pictured is James Campbell (left), Glen, Ian and Brad Peacock, and Coromandel stud principal Michael Campbell.

Given the significance of the 50th year of the stud, it was appropriate that original clients of the Coromandel stud, the Peacock family were there to firstly continue to secure their genetics from the stud and to celebrate the milestone event.

The family bought five rams in total which included the equal second top price of the sale which was $5100.

Ian, Brad and Glen Peacock's long association with the stud was based on the Campbell family's consistency with breeding the type of sheep they were after which is a sheep that can handle the weather conditions in the area with long stapled, free growing white wool on a big frame. 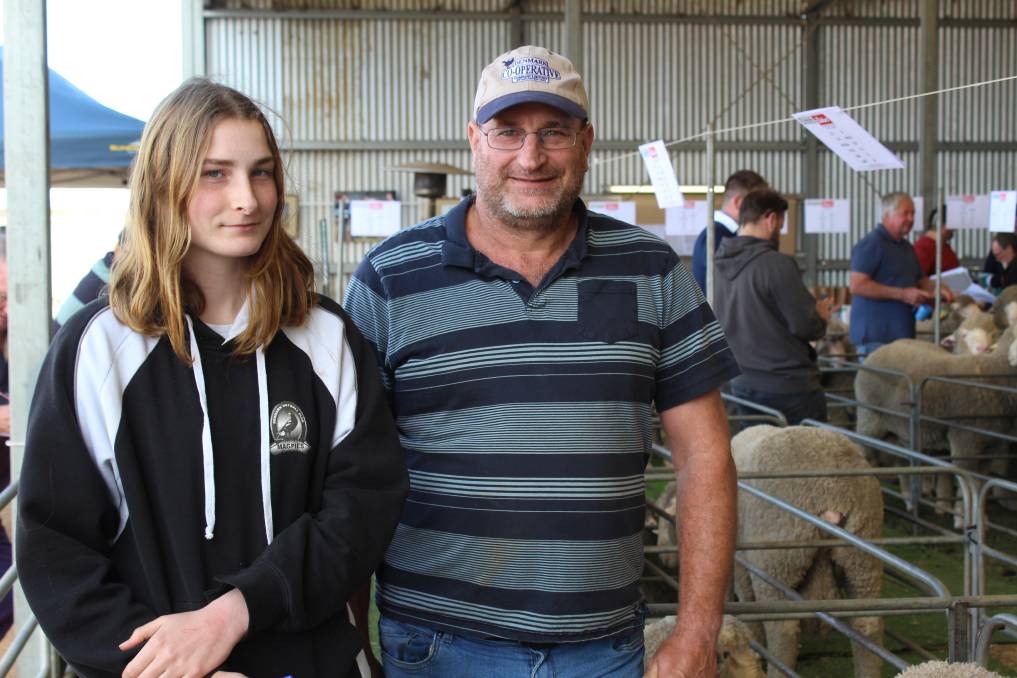 There were several volume buyers who put together sizeable teams of rams at the sale and both R & R Murdoch, Boxwood Hill, and RJ & JK Nekel & Son, Denmark, secured 12 rams each in total.

Greg Nekel was a first time client to the Coromandel stud and said that he was going back into breeding and building up his Merino numbers.

"After focusing on terminal breeds in the past we looked at the Coromandel sheep a while ago and were impressed," Mr Nekel said.

"We wanted sheep which could handle wet areas and the wools on the Coromandel sheep are well suited and bred to withstand heavy rainfall.

"We wanted quality wools under 20 micron with good bodied rams to suit all markets and I believe these rams will suit our operation well."

Volume buyers continued to bolster the clearance and competition on the catalogue and East Gully Farms, Rocky Gully, took home a total of 10 rams paying to a top of $1900 (twice) and average of $1610.

Elders auctioneer Nathan King said that there was a lot of comment prior to the sale that it was the most even line-up of quality woolled rams seen at the stud.

"The result was testament to the work that goes into 50 years of breeding these sheep," Mr King said.

"Michael does a lot with his figures and data collection but first and foremost is still a focus on thorough classing and visual assessment.

'This means if the figures look good but the sheep is not right in structure, style or body then it doesn't come through the stud.

"Congratulations to the Campbell family."