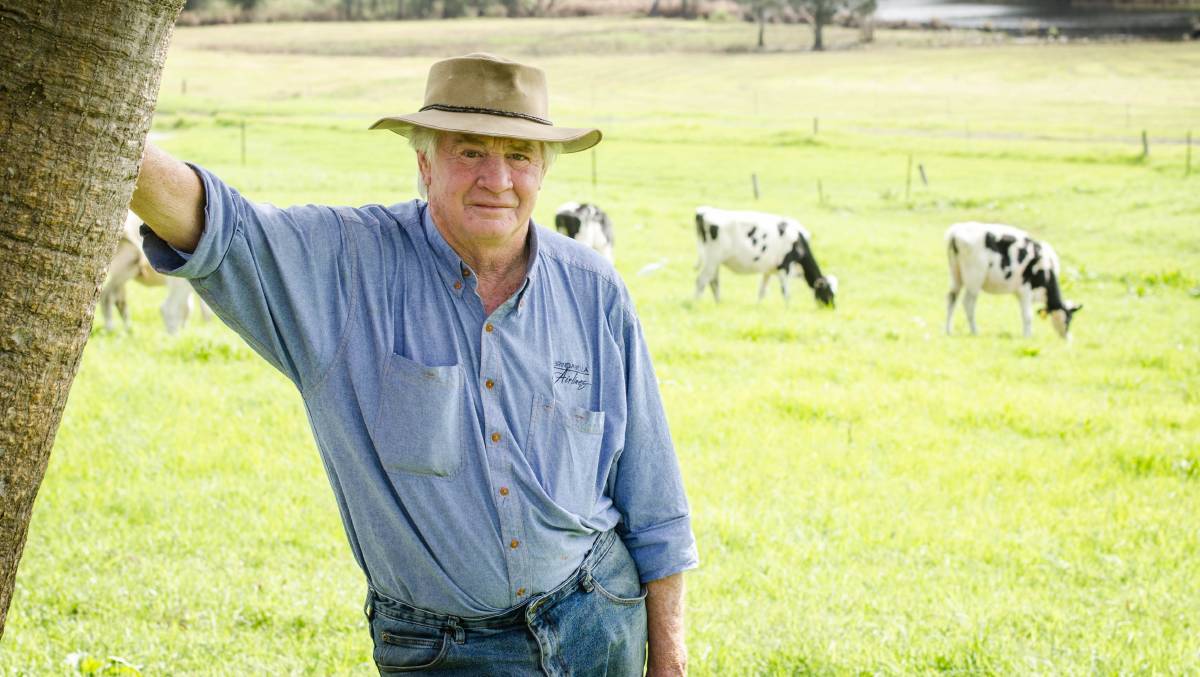 EFFECTS FELT: Kiama mayor and fifth-generation dairy farmer Mark Honey said climate change was already reducing the number of farmers in his region along the south coast of NSW.

Regional councils already feeling the effects of climate change have joined a nationwide call for ambitious federal government targets ahead of the United Nations climate summit.

REGIONAL councils already feeling the effects of climate change have joined a nationwide call for ambitious federal government targets ahead of the United Nations climate summit.

The 17 local government areas, representing more than 2 million Australians, signed the Better Futures Australia Declaration to urge federal leaders to put politics aside and work with them to slash greenhouse gas emissions.

Kiama mayor and fifth-generation dairy farmer Mark Honey said his region had been battered by major droughts, floods and storms, all of which were related to the changing climate.

"As a farmer, you realise over the past 20 years we have seen some major events that were certainly not the type you saw as a boy," Cr Honey said.

"For a coastal council, we've had a lot of major storm events in the last five years which have caused immense damage along the coastline, particularly our harbour."

The dairy farmers around the NSW South Coast have been forced to adapt to the changing climate, but Cr Honey said there was only so much adapting that could be done.

"When you look at the number of farmers that have left our district in the last 20 years, you can see farming declining in the area," he said.

"We don't have access to irrigation like they do along some of the big irrigation valleys. We just aren't in the position to change the type of ag we're doing."

Five years ago, the NSW government was forced to build a $500-million pipeline to ensure the city had a secure water supply, while the health of Darling River has been a cause of concern for the local community.

"When I made my mayoral minute to put forward the climate emergency declaration, I was really taken back by the amount of people that came to the council meeting to support it

"This is one of those times that as a mayor and as a council to lead the change the community wants."

Other regional signatories such as Mount Barker District Council and Gawler Council in South Australia and Blue Mountains Council in NSW, joined heavy-hitting councils including City of Sydney, City of Melbourne and the City of Adelaide in the united call.

A total of 105 signatories - ranging from industry leaders and investors to farmers and unions - put their name to the Better Futures Australia Declaration.

The signatories represent more than seven million Australians and over $330 billion in GDP and assets.