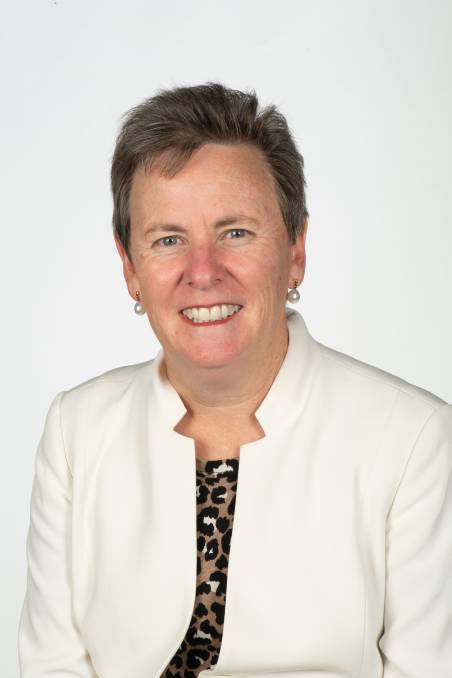 THIRTY-five years - that's how long Heather Brayford has spent serving the community as part of the public sector.

Ms Brayford joined what was then the Department of Fisheries in 1986 as a level one graduate assistant straight out of university, with no experience in the area and she has practically never left.

On a fully competitive basis she applied for various roles within the department over the years and was successful at almost every turn.

When the mechanisms of government turned in 2017 and three departments amalgamated into one - to become the Department of Primary Industries and Regional Development (DPIRD) - Ms Brayford became the deputy director general of sustainability and biosecurity, which she remains in charge of today.

"In my role I'm responsible for the vast majority of the fisheries portfolio, as well as biosecurity, land management and animal welfare," Ms Brayford said.

"I'm responsible for about 800 staff who are based across the State in a variety of roles - from the quarantine checkpoints at Kununurra and Eucla, biosecurity inspectors, fisheries officers, animal welfare inspectors, as well as the policy team and everyone in between."

Ms Brayford has never thought twice about her decision to stay in the public sector for her entire career, as in her role she gets to touch the entire community given that everybody, no matter who they are, has a story or a connection to primary industries.

"The people are the best part - I really enjoy being able to work with stakeholders but also the people within the department to build relationships, communications and ultimately to deliver really good public and community outcomes," she said.

"It's also immensely complex and challenging, much more so than most people understand, as primary industries touches on economic issues, social issues and environmental issues - so there is never a dull moment."

Her commitment to serving the community cannot be underestimated and that dedication was recognised last year when she was awarded the Public Service Medal in the Queen's Birthday Honours List for exemplary leadership in legislative reform and policy for the sustainability of WA fisheries and aquatic resources, playing a key role in managing the balance between economic, environmental and social benefits.

Ultimately, Ms Brayford sees her role as being to deliver an absolutely essential service, while trying to make a difference and be the best that she can be in what is a very complex operating environment.

"The vast majority of my career I have been the only female in the room and I have certainly been the most senior female in fisheries and DPIRD," she said.

"I deeply value being authentic, honest and I've worked really hard on building relationships and strong communication, which has held me in good stead over the years.

"I call a spade a spade, I'm known for being very pragmatic and not your traditional bureaucratic public servant and I think all of that goes down well in this sort of operating environment."