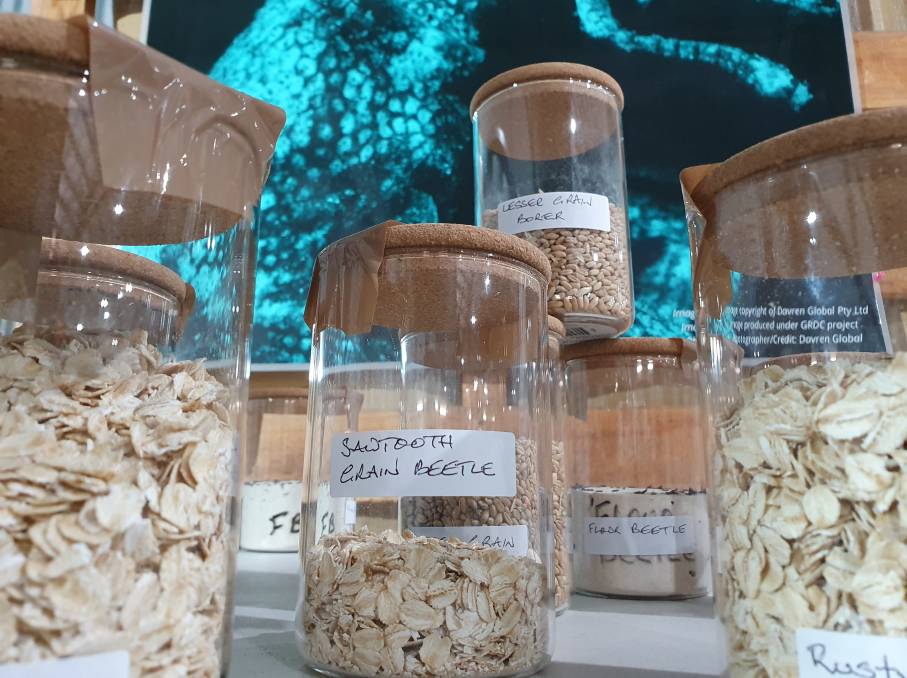 When commodities like wheat, barley and sorghum are treated with Davren Global's SAS, they are protected from pests like saw-tooth grain beetle, rusty grain beetle and the lesser grain borer.

The product has been developed by Davren Global which is in the process of tailoring the technology to apply synthetic amorphous silica (SAS) at the right rate to control a range of economically important targets in onfarm grain storage.

A NEW generation of insecticide is on the way for Australian farmers, with the development of a natural pest control method, without toxic chemicals, in the works.

Synthetic amorphous silica (SAS) is a class of material that usually appears as a dust or powder and is manufactured industrially for use in a wide range of applications.

The product has been developed by Davren Global, a spin-off from the Australian Plant Biosecurity Science Foundation, which is in the process of tailoring the technology to apply SAS at the right rate to control a range of economically important targets in onfarm grain storage.

Amorphous silica is a type of silicone dioxide, which is one of the most common molecules on the planet - beach sand was the most obvious example.

Davren Global chief executive officer Darren Cundy said the chemical nature of silicon dioxide is diverse and can be broken up into two categories - crystalline and amorphous.

"The crystalline silica is something seen in the likes of quartz, whereas amorphous silica - while there are natural forms of it - is molecularly much less regular," Dr Cundy said.

"Consequently the properties are very different to crystalline silica.

"SAS materials have excellent safety profiles, with these very low-density dusts and powders used around the world.

"It is that dust or powder that plays a critical role in getting onto the surface of an insect which leads to the insect's dehydration and ultimate death." Davren Global chief executive officer Darren Cundy said the applications of SAS were varied, but the initial market would be in onfarm grain storage.

Around the world there is considerable pressure to stop, or at least limit, the use of conventional chemical-based grain protection solutions.

Conventional grain protectants are also suffering from insect resistance, which means that farmers either need to use more of the material or that the level of control of infestation will get worse.

That combination of trends has resulted in limiting the options that farmers have to continue to use the materials that they're used to using for the control of pests - namely grain protectants and fumigants.

However, the hope is that Davren's SAS would offer a safe, environmentally benign and effective way of controlling insects.

SAS can be used in many applications and for various purposes, not least of which is as a food additive, meaning it can be prepared to be food grade for human consumption.

"The wonderful thing about SAS is that it has been extensively studied and it has been found that it is a very non-toxic material that can be prepared industrially to a high level of purity," Dr Cundy said.

"Chances are you've already consumed SAS when you brushed your teeth this morning as it's contained in toothpaste, or if you baked a cake as food grade SAS gets used as an anti-caking material.

"The great thing about food grade SAS is that it is totally safe for humans, but at the same time causes a great deal of problems for the insects that try to infest grain." 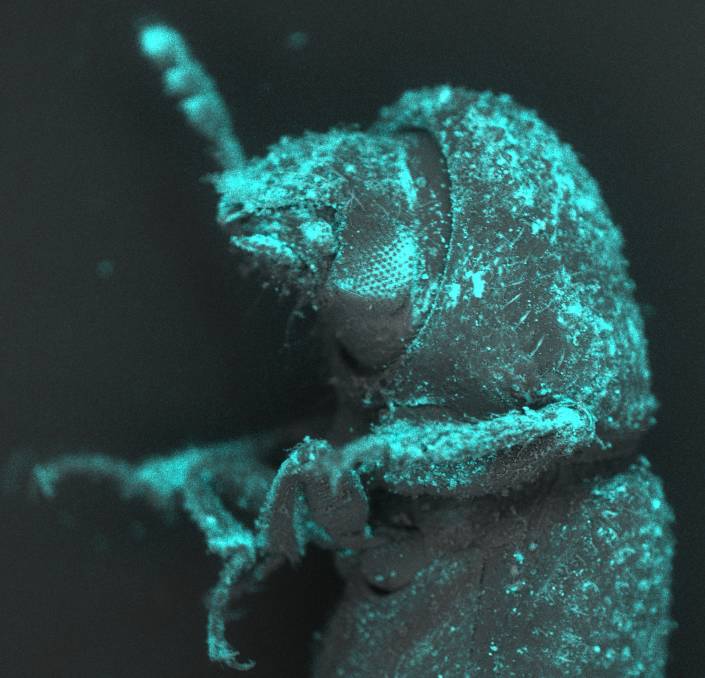 Transmission electron micrograph of an insect that has come into contact with SAS.

Invariably, most grain protectants cause farmers a bit of a headache as they are generally liquids which have a short half-life, need to be prepared ahead of time to a particular concentration and then need to be applied through specialty equipment.

Once those conventional protectants are mixed into the solution, they immediately start to degrade which means that to use them, farmers have to be pretty quick in order to maximise the effect.

The other thing about conventional grain protectants is that they will only provide protection typically in the range of three months, or in some cases, up to six months.

"The applications of SAS are varied, but our initial market will be in onfarm grain storage," he said.

"It's applied as a dust and we'll be working with others to develop the equipment that will allow the grains to be mixed with the right amount of silica, probably in an auger-type arrangement at the scale farmers will need.

"Farmers are already familiar with using liquids to apply grain protectants, so we'll be developing an equivalent approach that will allow them to apply the dust in an easy, controllable and safe way."

Like all research and development programs, the amount of time and effort that needs to be spent to make sure the product is ready to be used is always longer and more expensive than initially hoped.

However, Davren Global has partnered with global crop protection company Nufarm to accelerate its path to market.

"By the end of the first quarter of next year, we should have the data package that Nufarm needs to see in order to decide if we proceed to field trials," Dr Cundy said

"Those trials tend to run for two full growing seasons before the product can be brought out as a commercially available alternative, so we're looking at about that period of time before it will be available for farmers."

In trials completed by Davren Global to date, the company has been able to show that SAS can fully control insects in wheat, barley, sorghum and rice.