Numerous challenges faced by the sector have been highlighted by GrainGrowers Ltd State of the Australian Grains Industry report, which came out earlier this week and is published every five years. 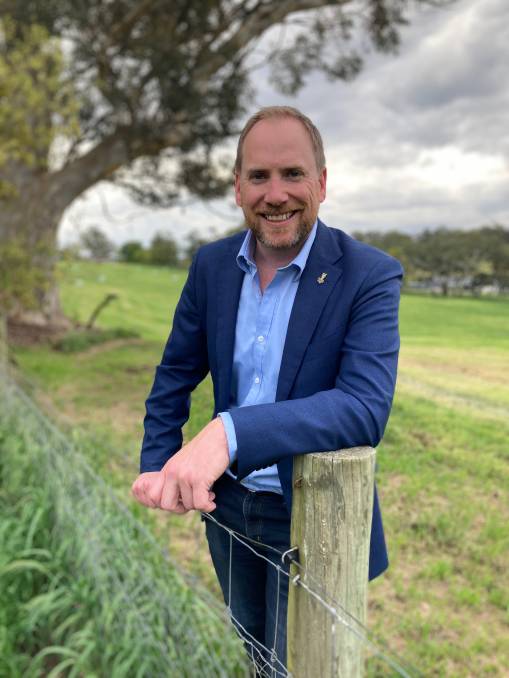 GrainGrowers chief executive David McKeon said the Australian grains industry had faced much volatility over the past five years but continued to innovate and "re-gear itself" towards market demand.

THE Australian grains industry has faced much volatility over the past five years, from impediments to accessing and continuing to sustainably service some of its biggest global markets to tough seasonal conditions affecting the sector's production output.

Numerous challenges faced by the sector have been highlighted by GrainGrowers Ltd State of the Australian Grains Industry report, which came out earlier this week and is published every five years.

GrainGrowers chief executive David McKeon said the report, which underpins the sector's performance, key trends and opportunities that lay ahead, showed that weather and climate-related risks were having the biggest affect on the industry's production potential, with the land area cropped and production capacity across Australia limited by seasonal conditions.

"The report brings to light that our sector has faced some tough times from a seasonal perspective right across Australia over the past five years, but fortunately we've also had some positive times in the middle," Mr McKeon said.

Whilst pressure on profitability had continued, Mr McKeon said the grains industry had continued to innovate and re-gear towards market demand.

"We've completely shifted supply chains to be focused on delivering to support our domestic grain needs, particularly our livestock industry, through years such as 2018 and 2019,'' Mr McKeon said.

"Then in big years, such as 2020 and 2021, we have been able to completely flip our supply chains to be export dominant and take advantage of international demand.

"That's a big positive story, as we will continue to have volatility and climate change is going to increase, but our whole industry has absolutely shown how well we can adapt to market conditions and deliver to where the demand is."

Observing market trends 10 years ago, the report shows Australia previously had a much higher concentration of markets in the Middle East/Northern Africa but had transitioned over the past five years to global powerhouses and emerging markets in Asian countries such as China, Indonesia and even the Philippines for its wheat.

"We are seeing a rewriting of the global rules of trades," Mr McKeon said.

"If we think about a time prior to the COVID-19 period, globalisation was something that was being questioned and we saw an ongoing rhetoric of protectionist policies emerging out of some of our largest trading partners.

"What this has meant is when we've seen some of the key disruptions in our key markets from COVID-19, but also other governments policy decisions, that has really heightened the need for Australia to step up and play a lead role to ensure that we have sound, clear, consistent, global rules of trade that are adhered to by all of our major trading partners."

Despite climate change being an ongoing challenge for the industry, Mr McKeon said the value of production of the Australian grains industry had increased, with a focus on the profitability of farming businesses rather than just the sheer volume of production.

The report also showed that there had been an increase in alternative pulses being grown on farms, with chickpeas and lentils becoming prominent players in not just rotation crops but cash crops right across the country.

"There's an interesting statistic about the growth in volume versus the growth in value of pulses and we also have some key maps charting and graphing barley versus wheat yields, particularly in WA and the growth in barley yields," Mr McKeon said.

Whilst acknowledging that it was important to take advantage of the rise in plant-based protein markets, Mr McKeon said one of the biggest growth areas for the Australian grains industry was the livestock feed sector and so a "balancing act" would be required to support the settings for both industries to thrive.

Earlier this month GrainGrowers made a submission to the mandated five-year review of the Malaysia-Australia Free Trade Agreement.

With Malaysia an important market for the Australian grains industry, valued at $273 million, the submission stated that there were no tariff or quota-based barriers that needed to be addressed through a free trade agreement, but highlighted that Australia needed to work closely with the Malaysian government to ensure that Australia's grain industry would not be inhibited by ongoing non-tariff barriers, such as maximum residue limits.

Australia's grain exports to Malaysia are mostly underpinned by exports of 614 kilotonnes of wheat annually, with the country imposing no barriers on trade.

The submission stated that Australia's strong market share, which averaged at 50 per cent, was due to the versatility of Australian wheat in noodle and bread products and Australia's relative proximity to Malaysia.

While recent poor seasonal conditions which saw a below average production resulted in lower exports from Australia, Mr McKeon said expectations were that this would be restored given current grain production forecasts.

"The Malaysian market continues to be a growing market for Australian wheat and barley that needs to be looked after," Mr McKeon said.

Last month GrainGrowers also provided a submission in response to the Federal government's 2021 Regional Telecommunications Review, which suggested that several of its telecommunication program policies and structures needed to be modernised in order to meet the needs of those living in regional areas.

"Some of the mobile black spot programs have been population-based policies that rely on a high level of population to get their mobile coverage extended," Mr McKeon said.

"We need to shift some of those policies to a more place-based approach, which takes in the needs of some of those regions that are absolutely drivers of the Australian economy but just don't have the population to help ensure there is a regional service provider there."

Mr McKeon said many growers were also concerned about what the impending switch off of the 3G service would mean for regional telecommunications coverage.