Returns in grain legumes are sky-high but farmers are more than happy to stick with vetch hay as a legume phase. 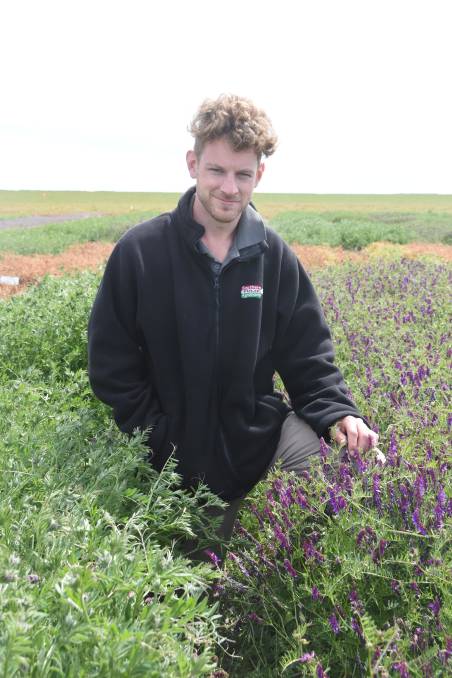 WHILE fodder markets have come off their highs set during the peak of the east coast drought of 2018-19, farmers throughout medium and low rainfall zones remain happy to retain pulse hay crops, in particular vetch, in their rotation.

The vetch breeding program is not as large as that in place for grain legumes, such as lentils or chickpeas, but has still churned out new varieties such as super-early maturing Studenica, suited to low rainfall zones, which came out officially this year.

However, growers at the Nhill field day said they were keen to find longer season alternatives to allow them the chance to cash in on kind seasons.

In the medium rainfall zones of the Wimmera and equivalent areas in other states popular varieties such as Timok, a major hay common vetch line, are still too early maturing in spite of being longer season than varieties designed for the lower rainfall zones.

This year, with a cool and relatively wet spring, farmers at the field day said they felt varieties had finished flowering too early to maximise the potential in the season.

Purple vetch varieties such as Popany and Benetas are longer season but were designed more with high rainfall zones in mind.

While grain legumes, in particular lentils, are offering farmer fantastic returns, Mr Fromm said many farmers still liked to keep vetch hay in their rotation as a weed management and moisture conservation tool.

Farmers at the field day also said they liked the risk management element of a hay crop in case the season came in poor during spring and also said they had invested in hay equipment as part of their farm business, along with developing long term relationships with customers which meant hay production was a permanent part of the cropping enterprise.