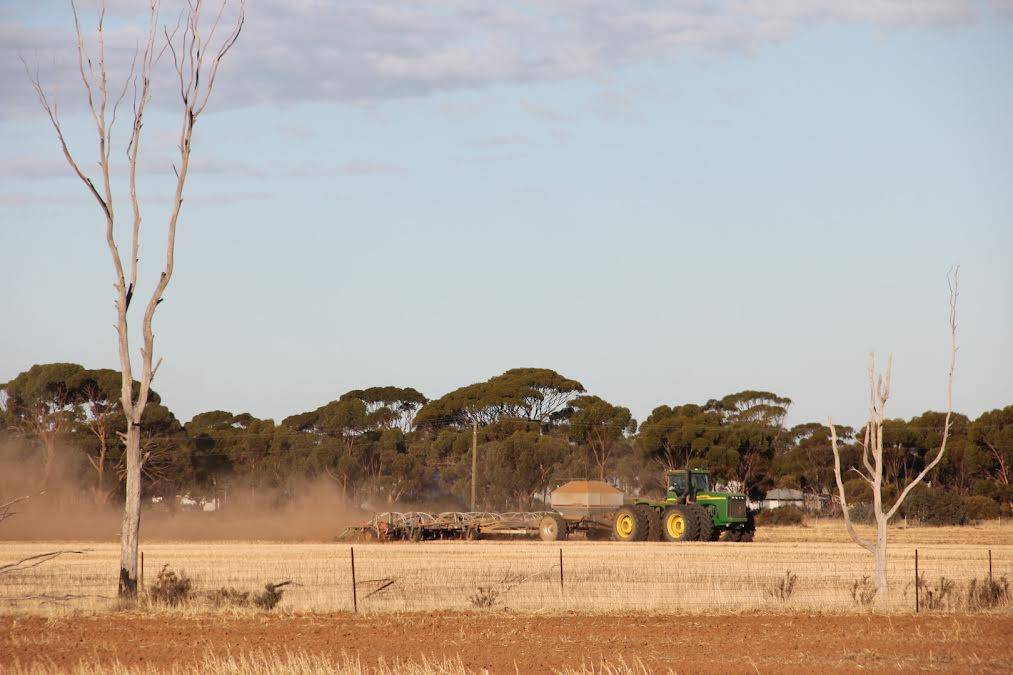 For the purpose of research, farmers, their partners/spouses and children over the age of 18, who play an active role in the operation of farming or pastoral enterprise in WA are eligible to participate

"We are wanting to know what challenges farmers in WA are dealing with & also what they are doing to cope - so what is working for them."

THERE'S no denying farming can be a demanding job, compounded by financial uncertainties, isolation and weather events.

But what impact do those challenges have on Western Australian farmers and how do they cope?

Curtin University's Micaela Riethmuller is hoping to find out and is asking men and women working in the State's agriculture sector to take part in an online mental health and wellbeing survey.

The online survey is the second part of Ms Riethmuller's longitudinal WA Farmers Mental Health and Wellbeing study, which is being conducted as part of her psychology PhD, under the supervision of Peta Dzidic, Elizabeth Newnham and Peter McEvoy.

Research seeks to provide a deeper understanding of the risk and protective factors for farmers' mental health, the barriers and enablers to accessing mental health services and how these factors change over a 12-month period.

Ms Riethmuller decided to focus specifically on farmer's mental health after identifying a gap in research.

She is looking for farmers to help by completing a 30-35 minute online survey, as well as follow-up surveys, after six and 12 months.

The online questionnaire was developed using findings the first part of the study and feed- back from community members.

"We are wanting to know what challenges farmers in WA are dealing with and also what they are doing to cope - so what is working for them," Ms Riethmuller said.

"Then we can hopefully pass it onto service providers and organisations that work with farmers to further strengthen that support.

"Mental health trajectory will be monitored over time, so we can look at what factors may predict changes in mental health.

"This could include weather, family stresses, finances, social support and coping strategies."

Ms Riethmuller added that as farming changes year-to-year, it was important to keep track of change over time.

She said while the first study findings were still being analysed, some of the preliminary findings were that farming in WA was changing and so too were farming communities.

"We have particularly seen some significant population declines, which is then increasing the isolation experienced by farmers and also the communities themselves.

"We are also noticing some changes in how farming operates, including that farms are becoming much larger than they used to be 10-20 years ago.

"And that while the size of farms is increasing, there are less people working on them.

"So (there are) fewer workers, longer hours worked, increased fatigue, increased stress as well onto the individual farmers because obviously they are responsible for a larger program as well.

"Farming has become more complex and challenging and is feeling less like the lifestyle it used to be - or was seen as - and has become very much a business where each decision is even more critical."

As well as the challenges, findings also revealed some of the coping strategies farmers had found helpful.

Ms Riethmuller said conversation had been key, as well as taking a break from the farm - when possible - to recharge.

"The first study highlighted the importance of communicating with others," she said.

"That's helped farmers realise they aren't the only ones going through it, there are others dealing with it as well.

"Something we do see is that farmers are always offering each other assistance and helping each other, which leads to that resilience we see in farming communities.

"It is also important to enjoy things outside of farming and work."

The study has also worked with the likes of the Regional Men's Health Initiative and 6Bs.

Ms Riethmuller said as the research was community-driven, she hoped to provide groups with an understanding of what had worked and what was lacking.

"It is not all negative around mental health, despite the challenges that farmers do face, community members are also driving local mental health initiatives themselves," she said.

"Locals helping locals and demonstrating the strength and resilience of farming communities.

"Also we noticed that the stigma around mental health for people we spoke with seems to be decreasing, which is good and I am hoping to further that."

For the purpose of research, farmers, their partners/spouses and children over the age of 18, who play an active role in the operation of farming or pastoral enterprise in WA are eligible to participate.

All responses are confidential.

More participants are still needed as they are interested in hearing as many voices as possible to ensure that WA farmers are well represented in the survey.