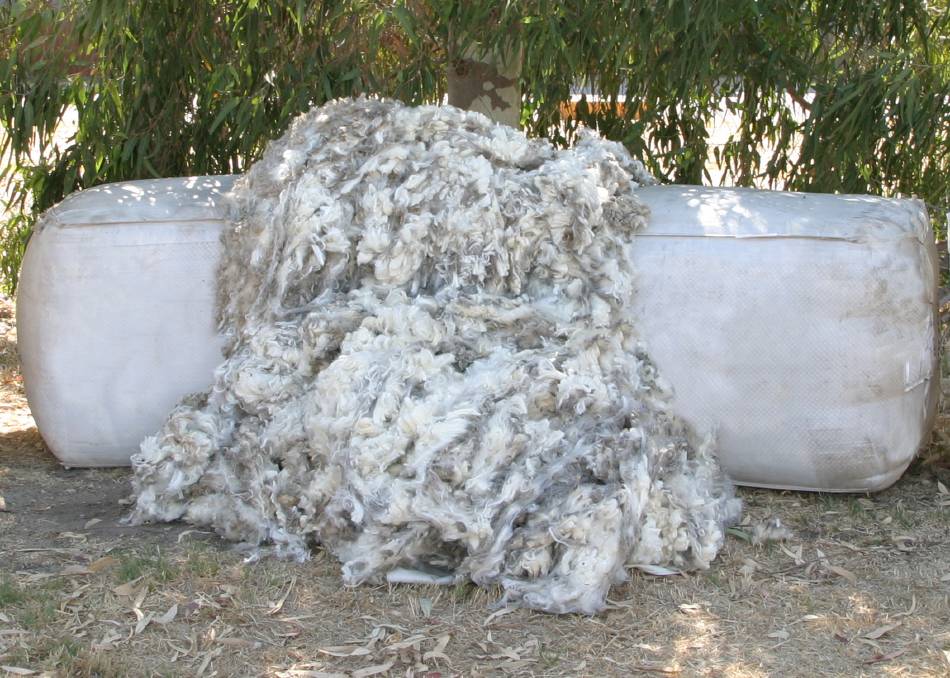 Only nine per cent of last week's 5225-bale offering was passed in - which added to speculation by some brokers that last week's price rises ignored market signals.

BY rights, if Western Australia's wool traders had taken notice of market signals, last week the local wool market should have gone backwards.

The WMI finished up 52c for the week - its biggest weekly rise so far this season and since the middle of June - and, at 1401 cents per kilogram clean, was back above the 1400c/kg level for the first time in 10 weeks, according to AWEX statistics.

Price rises across the Merino fleece micron spectrum at the Western Wool Centre (WWC) last week ranged from 85c (for 19 micron fleece which finished at 1675c/kg) down to 40c (for 21 micron fleece at 1278c/kg).

But demand and nominal prices for 18, 18.5 and 21 micron fleece softened on the second day of trading.

Merino cardings gained 54c across the week to finish at 892c/kg.

Only nine per cent of last week's 5225-bale offering was passed in - which added to speculation by some brokers that last week's price rises ignored market signals.

Certainly, high-quality, sound and rain-washed low-vegetable-matter new-season's wool from autumn shearing has helped reignite demand and some buyers are obviously filling orders - albeit for small volumes - because they jump in and out of live auction trading bidding on certain specification wools.

But some brokers pointed out that for several months now at the WWC firm or rising prices have coincided with small weekly offerings of about 4000-4500 bales.

But on weeks when brokers have tipped more bales - particularly offerings above 7000 - onto the market, it has punished them and woolgrowers with price falls and the WMI shedding up to 56c for the week.

The WWC market seemingly over-riding that trend was not the only unusual aspect to last week's strong rising market, brokers pointed out.

The Australian dollar has risen three cents against the United States dollar since late last month, effectively making wool purchased in US dollars - as all greasy wool that leaves Australia is - more expensive for the purchaser.

Also, power cuts affecting manufacturing in 20 of China's 23 provinces and predicted to last until the end of the year, have reportedly hit early-stage wool processors like Tianyu and Redsun.

Only day shifts at plants like Tianyu's that have solar panels on the roof, are able to churn out wool top, the part-processed raw material for worsted yarn.

With half of Chinese woollen mills' output consumed domestically, a projected economic slow down has implications for WA woolgrowers, brokers and buyers.

But that was all water off a duck's back for some buyers at the WWC last week and it was the Australian arm of Chinese wool top maker, Tianyu, that led the buying.

Tianyu Wool, courtesy of the bidding efforts of its WWC buyers Dave Cox and Zena Wareham, headed the buyers' list both trading days last week, with 1125 Merino fleece bales purchased (32.7pc of the offering) and 136 bales of merino skirtings (17.1pc).

While Tianyu positioned near or at the top of the WWC buyers' list is not in itself unusual, it being on top in a rising market like last week is.

Australia's largest wool trader, Techwool Trading, was second on the buyers' list both days, with a total of 987 bales purchased, while Modiano buyer Greg Horne put it back into the top three on one trading day last week, with a purchase total for the week of 546 bales.

Local trader PJ Morris Wools, which is normally near the top of the WWC buyers' list but has been in and out of the top three buyers over the past seven weeks, was back in third place on one day last week, with a total of 483 bales purchased for the week.

The higher prices available last week have pushed this week's WWC offering out to 8984 bales - the biggest weekly offering since week two of the current season back in July.