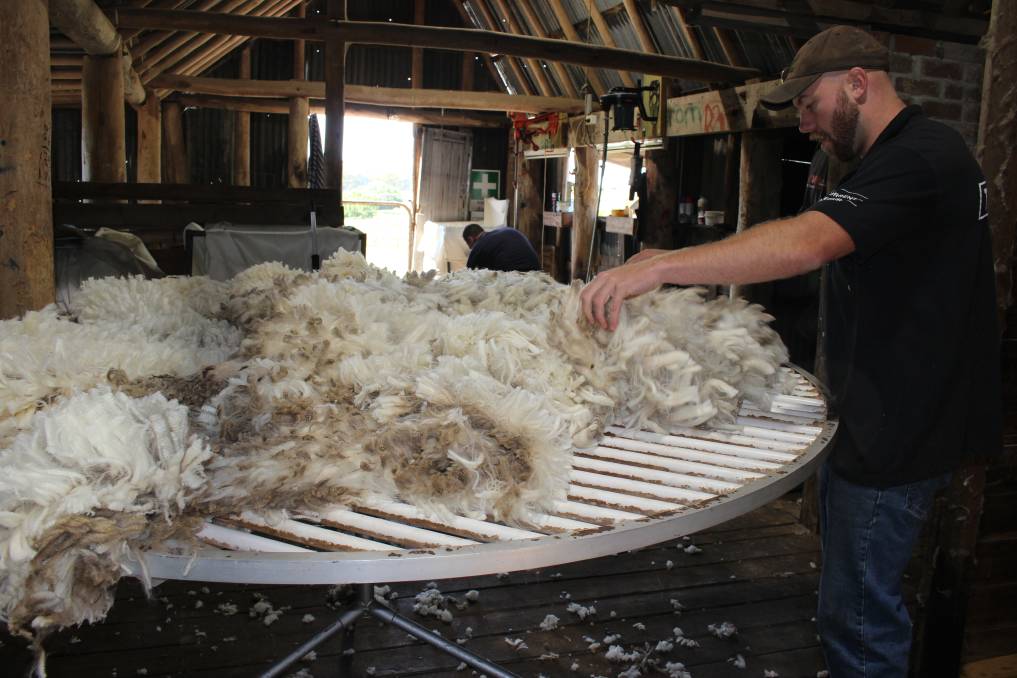 In the past nine weeks, wool prices have oscillated every week from positive to negative.

Wool prices have oscillated from positive to negative every week in the past nine weeks.

Last week was lack-lustre in the wool market.

Prices declined and then steadied before finishing on a firmer note at auctions held across Australia.

The superfine Merino basis continues to close up from its extreme levels.

But all micron categories fell slightly and the Australian Wool Exchange (AWEX) Eastern Market Indicator (EMI) finished down by 20 cents a kilogram for the week.

Neither side is willing to take a large position.

In the past nine weeks, the market has managed to oscillate every week from positive to negative - and this week should continue that trend with a small gain.

Aside from the headline number moving up and down, the individual micron segments are moving back towards a more typical relativity as traders and processors search for value and chase types they can sell more easily.

The superfine Merino segment has slowed a little and, because of the extremes it had reached, prices have seemingly fallen a long way. But, in fact, it is still selling at a very healthy level.

The 17-micron Micron Price Guide (MPG), in US Dollar terms, has fallen by a couple of dollars per kilogram.

But it is still US$7/kg higher than it was 12 months ago, and now potentially back to a level where we will see demand start to increase again.

Medium Merino wool, is range trading between US900c/kg and US1050c/kg.

Again, this is US$3/kg higher than it was during the depths of the COVID-19 pandemic.

But it could easily add another couple of dollars per kilogram and everyone would still feel comfortable with the price level.

Crossbred wools are finally finding a bit of love - even if only as a blend component.

Although, the New Zealand market did also rise this week.

Sustained higher prices for this segment will be a difficult task until some of the global stocks are cleared.

But, in the aftermath of COP26, which public company would dare to fit-out their new office or hotel with nylon carpet when wool provides such a more sustainable and cheaper option?

Some sensible analysis was provided during last week by Matt Dalgleish, of Thomas Elder Markets (TEM), showing the low environmental footprint of sheep.

Considering the conversion of plant material to high quality, nutrient-rich meat protein, and, importantly, storing carbon every time you hang up a woollen garment - given that up to 50 per cent of the garment's weight is carbon - livestock are not the "carbon bogey" creatures the animal rights activists would have us believe.

And a fine quality woollen garment, when cared for appropriately, can last for decades in the wardrobe.

More of this type of analysis will hopefully be forthcoming, in a language and format which the millennials can understand and the online retailers can promote.

The biggest online shopping event on the planet took place this week, with Singles Day on November 11 being promoted in China.

By virtue of the target population and its propensity for shopping online, it has become the largest single selling event in China - if not the world - since its creation by Alibaba in 2009.

Although, like all good retail events, it now stretches across 11 days rather than the original one.

The largest players, Alibaba and JD.com, sought to keep a lid on expectations this year given the government policy of "common prosperity", which is acting like a tax on the giant profitable technology companies as they quickly become very philanthropic to appease Beijing.

Initial sales figures indicate that new records have again been set with this year's sales - even if the rate of increase was slightly below that of last year.

How the Chinese consumer is coping with a slowing economy, wobbly real estate values and the government zero-COVID-19 policy is vitally important to the wool industry.

European processors continue to make up for lost time, and plenty of woollen garments are being pulled off the shelves as temperatures decrease and gas prices increase.

India, despite being out of the World Cup early, continues to buy an increasing volume of wool compared to last year.

But the Chinese domestic market is the one area that has been worrying processors, traders and exporters in the past couple of months.

Exports from China to America and Europe are progressing as fast as the constipated supply lines will allow at present.

The domestic pipeline has been filled, but processors are keenly waiting for more signals to pump some more product in when sales occur at the other end.

Even if prices in US Dollar terms are just maintained as the industry awaits a more positive signal from retail activity, the prices in Australia should rise courtesy of a falling currency.

Chinese growth and, therefore, its consumption of raw materials has weakened.

Not that the slowdown in China is dramatic, and the predictions of a real estate collapse may have been premature - as Evergrande and others seem to be finding a way to meet their payments at the last minute.

So, it is nervous times ahead for the wool industry - and many other commodities - as the world grapples with inflationary pressures and economic realignment.

But most would consider, for the wool industry, there is more potential for upside than downside in the coming months.

The story Wool market can expect small weekly gain if current buying trends are maintained first appeared on The Land.