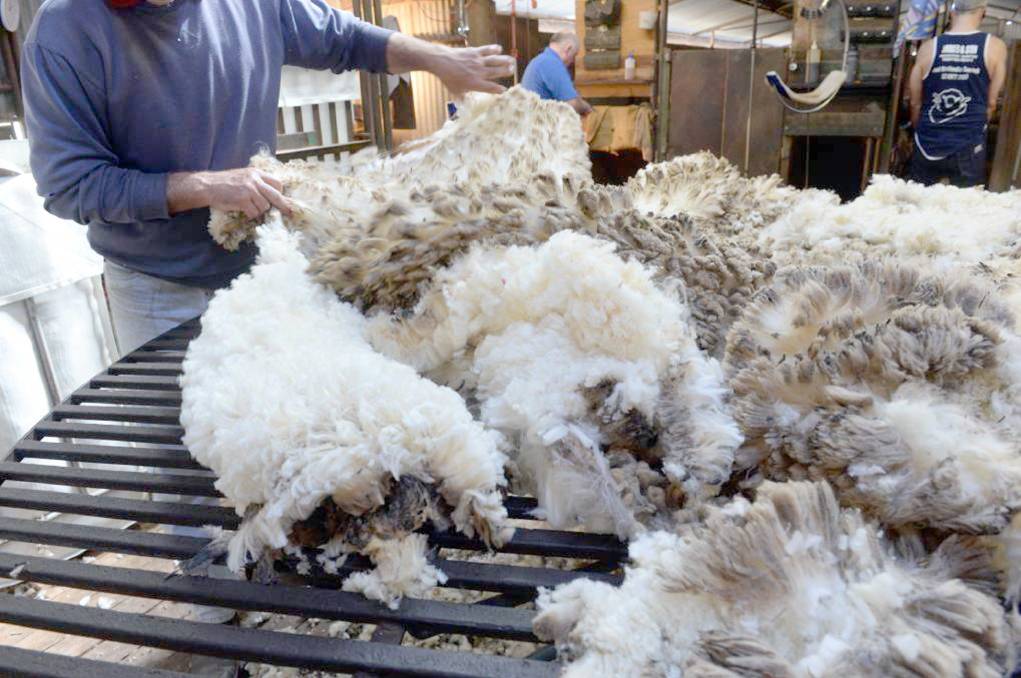 Most of that turnover has predominantly come from Chinese wool processor and woollen mill interests.

Wool sales at the WWC in the past 10 weeks have generated $81.7 million gross for the local wool industry, according to the AWEX data.

AN average bale of wool sold over the past 10 weeks at the Western Wool Centre (WWC) was worth almost $1700, new Australian Wool Exchange (AWEX) data has shown.

To many woolgrowers it might seem the wool market has not done anything exceptional in that period - as reported in Farm Weekly, it has bobbled along, often up one day, back down the next, as it tends to do at this time of year.

There are plenty of reports from woolbrokers of woolgrowers being in no hurry to sell this season's spring clip until the market, in their view, improved or at least until after they had their grain crops harvested and in the bin.

Brokers have even reported some cases of woolgrowers having to sell last season's clip to make room in the shed for this season's.

But despite ongoing headwinds, wool sales at the WWC in the past 10 weeks have generated $81.7 million gross for the local wool industry, according to the AWEX data.

Most of that turnover has predominantly come from Chinese wool processor and woollen mill interests.

AWEX, which runs WWC live auctions, updated its computer system earlier this season and for the past 10 weeks has offered a more comprehensive statistical breakdown of sales data in its National Market Report.

For the first time, the more comprehensive breakdown in the national report has included daily gross sales turnover figures for the WWC and AWEX's Melbourne and Sydney wool selling centres.

For example, WWC daily sales last week generated $3.5m the first day, when 2123 bales were sold and 26.2pc of the offering was passed in as the Western Market Indicator (WMI) slid 23 cents to 1379c per kilogram clean.

The finer end of the fleece segments remained out of favour on the second trading day, with the 18 and 18.5 micron price guides losing 45c and 35c respectively for the week, to finish at 1947c/kg and 1815c/kg.

But the 19 micron and broader segments regained a small proportion of the previous day's losses.

Most in demand was 19.5 micron Merino fleece.

While AWEX has not made a secret of daily turnover figures, previously anyone interested had to attend the WWC to view the live auction screen in the foyer to obtain the figure on a sale day or phone AWEX's Sydney office and ask for market information manager Lionel Plunkett.

Comparative gross turnover figures for the main Melbourne centre were $13.3m the first day and $12.8m the second, while auctions at the Sydney centre turned over $8.9m and $7.4m.

The benchmark Eastern Market Indicator lost 21c for the week to 1319c/kg compared to the WMI down 24c to 1378c/kg last week.

Previously, National Market Report data for individual centres related only to the number of lots and bales offered, sold, re-offered, passed in or withdrawn at daily sales.

AWEX's Weekly Wool Market Report has continued to include a cumulative gross turnover figure for all three centres for the week and a running tally for the season.

Last week - week 19 of the selling season - the three AWEX centres turned over a total of $50.79m in softening markets across the country.

That brought the total gross turnover from live wool auctions so far this season to $844.96m.

AWEX historical data showed in week 19 last season - a good sales week with rising prices across the country as the wool market scrambled out of a COVID-19 trading hole - the equivalent turnover was $43.37m, taking the total for the season at that stage to $526.01m.

Nationally, AWEX centres have offered 28.5pc more bales - at 608,598 total - with the Sydney centre experiencing a 40.2pc growth in the volume of wool offered so far this season.

Last year's gross turnover figures and auction-offering statistics, compared to this year's so far, clearly shows the impact the pandemic had on the wool industry last year and, while it might not immediately be apparent from up and down price fluctuations, how far the wool market has since recovered.

Last week's WWC offering of 6335 bales was bigger than some brokers consider to be its "happy point" and the overall passed-in rate for the week was, at 19.7pc, almost one-in-five bales.

The national wool offering is set to jump 7124 bales to 44,754 across the three selling centres.