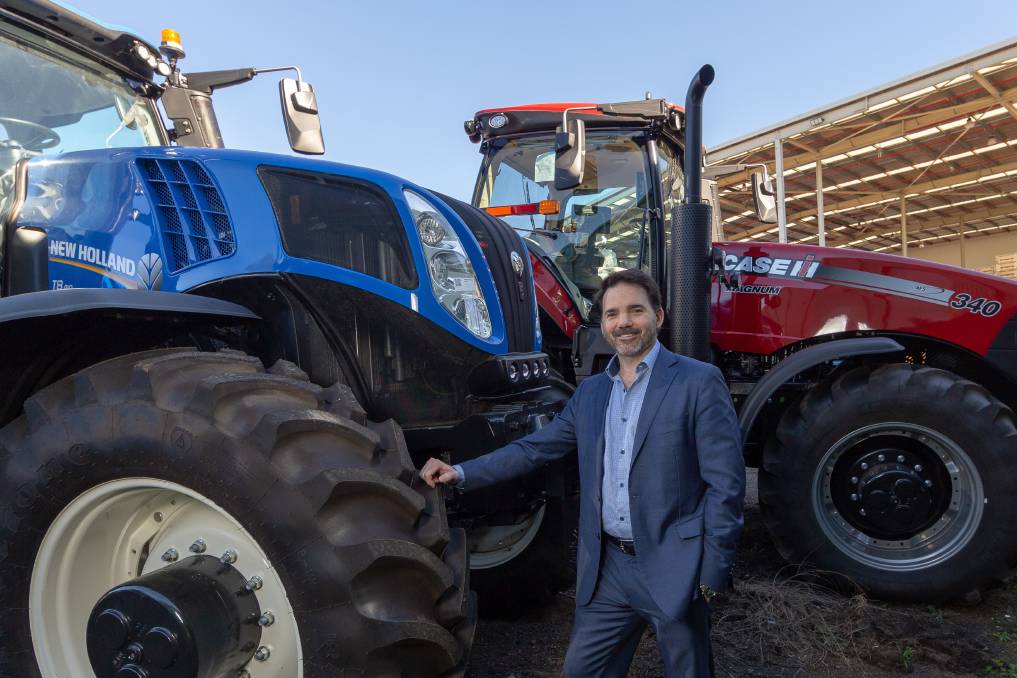 CNH Industrial managing director agriculture, Brandon Stannett said the survey confirmed where the greatest need was within their machinery dealerships.

The results of a national dealer survey by Case IH and New Holland parent company CNH Industrial have confirmed the challenges around finding - and retaining - service technicians, with demand for both apprentices and qualified trades people exceeding current supply.

The results of a national dealer survey by Case IH and New Holland parent company CNH Industrial have confirmed the challenges around finding - and retaining - service technicians, with demand for both apprentices and qualified trades people exceeding current supply.

CNH Industrial managing director - agriculture, Brandon Stannett said the purpose of the survey was to collect feedback in relation to the resources available at dealer locations, with a particular focus on staffing levels around parts and service, as part of an ongoing strategy aimed at tackling the labour shortage issue.

"The results haven't come as a surprise to us - we are well aware of the difficulties our dealerships have, particularly in smaller and more remote locations, in recruiting and retaining skilled staff," Mr Stannett said.

"But the survey has confirmed where the greatest need is within our dealerships, and it highlights the importance of greater investment in a larger pool of qualified technicians and spare parts experts.

"In smaller towns, our dealerships are often one of the biggest employers, so it's not only farmers who are potentially losing out from labour shortages, but rural and regional communities and their economies as well."

The survey was completed by dealer locations accounting for about 90 per cent of the entire Case IH and New Holland dealer network across Australia.

But as at July 1 this year, half of these positions remained vacant.

Participating dealerships confirmed technician availability in the market was the single biggest need and the most difficult to source, with the pool of suitable employees very limited in rural and regional areas.

A total of 90pc of respondents had advertised for additional technicians since July 2020, but at the end of June 2021, only 41pc of these positions had been filled.

When it came to securing apprentices, 76pc of respondents had advertised for new first-year apprentices since July 2020, and by the end of June 2021 just 69pc of the roles were filled.

At State level, there are obviously differences in supply and demand of the labour and skills needed.

New South Wales followed by WA were the States that found it hardest to source staff according to the survey, with more than 50pc of the advertised positions remaining open, but Mr Stannett said further data was needed to understand just why this was the case.

"The key metric though when it comes to qualified service technicians is the relative spread of the unfilled positions with the variance of the highest 'fill rate' versus the lowest being between 45 and 59pc, showing the demand is largely the same wherever you are," he said.

"Service technicians are where the Case IH and New Holland dealer network's greatest need is and if that need becomes too great, it can obviously impact a workshop's capacity to service customers, putting a lot of pressure on dealerships at particularly busy times of year, such as now during harvest," Mr Stannett said.

He said parts interpreters and salespeople were also in significant demand, with fill rates of 58pc for advertised sales positions and 44pc for parts positions.

"It's clear these areas need to be addressed too, as they are just as critical in the life cycle of a machine," Mr Stannett said.

The company and its dealer network was already working on solutions to the issue and was investigating a range of further initiatives.

Mr Stannett saying they were keen to seek assistance from government for additional programs and incentives for growth in regional employment and apprenticeships.

"This is all part of a multi-tiered plan we are developing alongside dealers, and with the support of the wider industry, government, training bodies and other stakeholders," he said.

"We're a proud organisation that provides critical products to the agricultural industry and combined with our independent, locally-owned dealerships that support those products, we're up to the challenge of supporting initiatives to grow our most important resource - people."