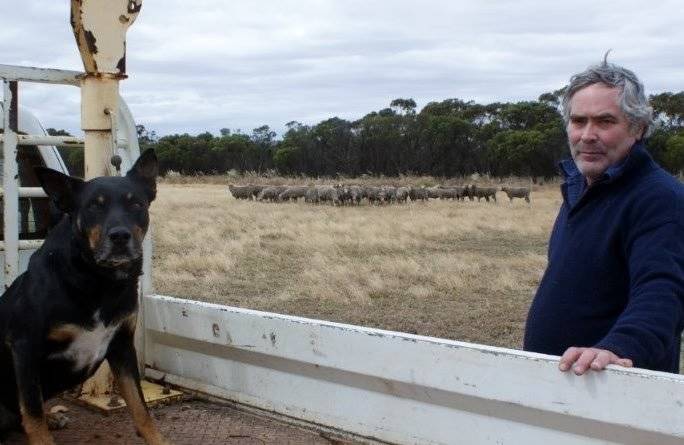 Joint winner of WAMMCO Producer of the Month for October, 2021, Jim Powell, Pingelly, and his sheepdog Fred, with some of the Powell family's SAMM and Merino rams.

ANOTHER of the many spin-offs from one of the best farming seasons anyone can remember is two WAMMCO lamb producers, each with a maximum 100 point score, sharing the coveted WAMMCO producer of the month (POM) title for October.

WAMMCO producer of the month convenor Rob Davidson said he could not separate the two competing drafts.

"It was processed at Katanning on October 20 and averaged 20.98 kilograms to return $168.62 along with the perfect score.

"The Hyden couple were WAMMCO POM winners in July 2010 (as part of BW James & Sons) and more recently in September 2019."

Jim Powell said he had been a keen student of the lamb and sheep industries since working with his mother and father after they acquired their Pingelly property in 1986.

His father Austin Powell had worked on farms in the United Kingdom before migrating to Australia with his wife Wendy and had worked for Henry Pech at Brookton (Henry Pech's son Eric was WAMMCO POM for September).

"My wife Tamara and I have continued a family tradition of breeding Merino sheep and cropping on a 50:50 basis, but for the past 10 years, we have been mating half our breeding flock of 1800 Merino ewes to SAMM rams from Ross Taylor and Kelly Anne Gooch's Tiarri stud at Lake Grace," Mr Powell said.

"The SAMMs continue to justify our faith.

"Over the same decade, we have used MPM Merino rams from the Sattler family at Williams and trialled rams from a number of Merino studs.

"I see many changes constantly occurring in both the Merino and prime lamb industries and at the processing and marketing ends of the business.

"We are grateful for the stability and potential of lamb prices and improving supply of genetics from our studs.

"With fertiliser, chemical and fuel costs rising at the current rate, I believe producers will be glad they have livestock in the mix."

Mr Powells' interest in Merinos has been boosted during the past few poor seasons by the sale of store Merino wether lambs to lotfeeders and live exporters for good money through Stephen Keatley, Westcoast Wool & Livestock, Brookton/Pingelly.

"With the current season extending our clover-based pastures, there has been no hand feeding necessary at all and we have enjoyed an overall lambing percentage of 115pc for both the SAMM and Merino programs," Mr Powell said.

"A shift in lambing from May to June made a huge improvement to our lamb survival rates." 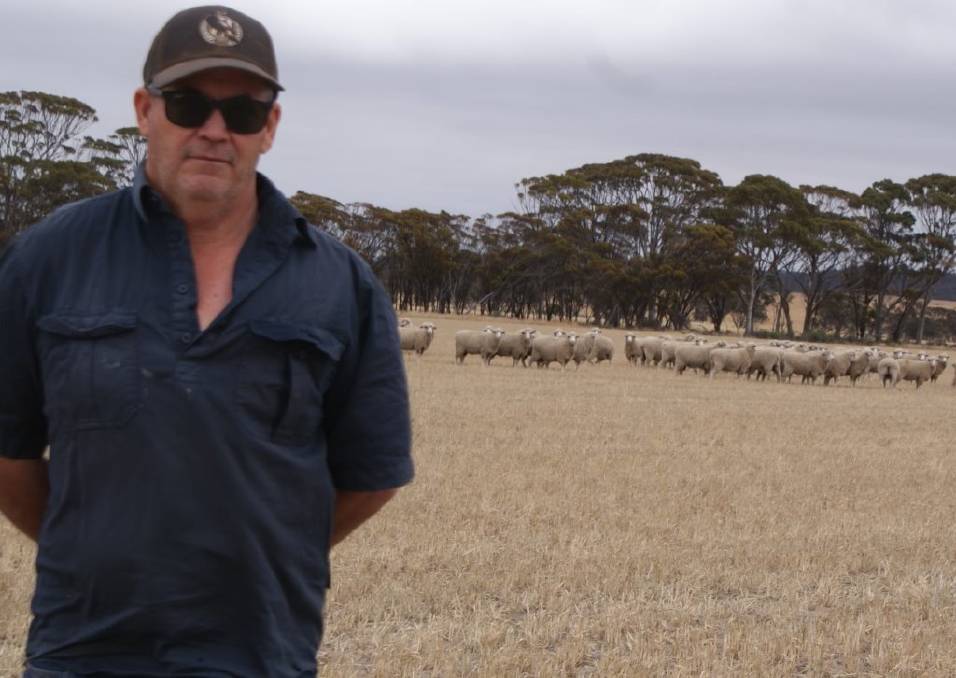 Jeremy James, Glenorie Enterprises, Hyden, was the joint winner of the WAMMCO Producer of the Month for October.

Mr Powell believes WA sheep and lamb producers would be lost without WAMMCO to underwrite the industry, particularly the heavy crossbred export sector.

"They deserve our support and protection for setting and maintaining lamb and mutton prices at viable levels," he said.

Price and a season too good to miss led the James family to an equal share in the POM title with a line of lambs they would normally have held over to the 2022 season.

Jeremy James said they dropped 1300 lambs from 1200 FI SAMM ewes during a lambing season that started on April 23 and would normally have held over 400 to 450 lambs for the following season.

"The bolter season saw us sending off our first drafts of SAMM-White Suffolk lambs to WAMMCO on August 26, not only two weeks early but also two kilograms per head heavier than normal, at 18 weeks of age," Mr James said.

"Our first delivery of 115 lambs averaged 24.65kg and was selected to avoid fat score five penalties."

This group of lambs fetched an average price of $205 per head while the winning POM entry of 109 lambs weighed an average of 22.10kg to return $177.34 and was processed at Katanning on October 28.

"To WAMMCO's credit, the decision to hold the offer price at 780 cents a kilogram through the period of heavy supply when prices normally drop made it very attractive for us to send the carryover lambs to market," he said.

"The September and early October deliveries were tipping the scales at closer to 26kg per head average by the last load and averaging 24.5kg per head over the entire draft."

A further bonus of this profitable clearance of lambs (as well as the last of their Merino ewes) was that it enabled Mr James to purchase a line of 300 pure SAMM ewe hoggets from prominent commercial breeder Graham Moir, Borden.

Mr James said these ewes would play an important development role for them over the next few years, being mated to White Suffolk rams from the Ledwiths' Kolindale stud, Dudinin.

"The aim is to use this group of young SAMM ewes to boost our numbers of top breeders and to offset the higher input costs of cropping next year," he said.

"I'll leave a couple of poorer performing paddocks out.

"These young ewes were purchased in October and will lift our breeding flock this summer to 1250 top grade breeders."

Mr James said he was impressed by the high degree of 'game changing' taking place in the sheep industry including the strong swing to new breeds of meat-only lamb.

"We have developed a wool micron average of 20.8 with our SAMMS and have averaged 680c/kg for our wool clip this season," he said.

"But we are also feeling the serious shortage of shearers, crutchers and farm worker support generally that threatens the industry and can see why there is merit in reducing the traditional place for wool in the prime lamb breeding equation.

"I can also appreciate WAMMCO's need to promote pasture fed and other consumer programs to keep lamb in demand.

"We subscribed to the pasture-fed initiative but pulled out when we found that there was no financial allowance to cover extra production costs and that tail stripping and mulesing were both disallowed.

"We no longer mules our sheep, but we do still need to tail strip, however this would change if we looked more seriously at meat breed sires in the future."

As with most family-run businesses, everyone chips in when needed.

Ms James helped out with weighing and drafting which Mr James claims brought an air of calmness to the operation.

Their daughter Kate (31) and electrician husband Steve and their two daughters live on the farm while Jeremy and Jenny's sons, Mike (28) helps at seeding and harvest and Robert (22) is taking some time off from his job at David Grays to help with what looks to be a great harvest.