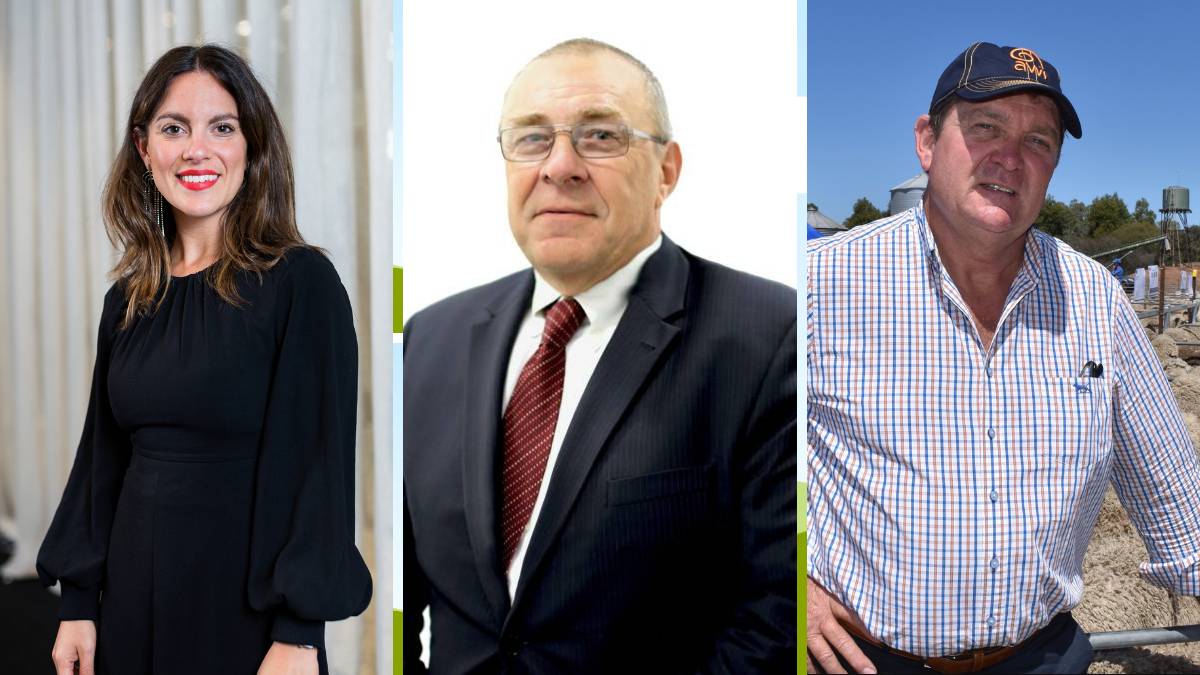 Georgia Hack, Jock Laurie and Don Macdonald were elected to the Australian Wool Innovation board.

The push is on to get more shareholders to take part in the next AWI board election.

The push is on to get more shareholders to take part in the next Australian Wool Innovation board election, after what has been described by WoolProducers Australia as a disappointing turnout.

According to figures provided by AWI, a total of 1161 people voted in the director election out of a potential 17,859.

It means that the grower turnout was just 6.5 per cent.

AWI said 170,172 voting rights were exercised in the election, representing a participation rate of just under 13pc.

An AWI spokesman said Link Market Services, who conducted the annual general meeting and election, told them that the average participation rate at Australian company AGMS and director elections this year had been under 3pc.

WoolProducers Australia president Ed Storey said the figures were disappointing and that they would like to see greater levels of woolgrower involvement in future.

"There are multiple factors at play here," he said.

"There's probably a need to improvement shareholder registration, there are woolgrowers who would be eligible but not registered.

"There were issues with postal delivery this year and that's not AWI's fault.

"There's some onus on woolgrowers here for ensuring they do exercise their voting rights in these situations."

Mr Storey said WoolProducers would reflect on how to better inform growers about their opportunity to have a say.

"It is often the case that the turnout's small but we would encourage growers to take up their opportunity," he said.

"Not all industries have this opportunity and we need to use it as growers."

Mr Storey said there were plenty of opportunities for growers to exercise their right to vote, but factors such as incorrect email addresses provided to AWI can also be a factor that prevents voter participation.