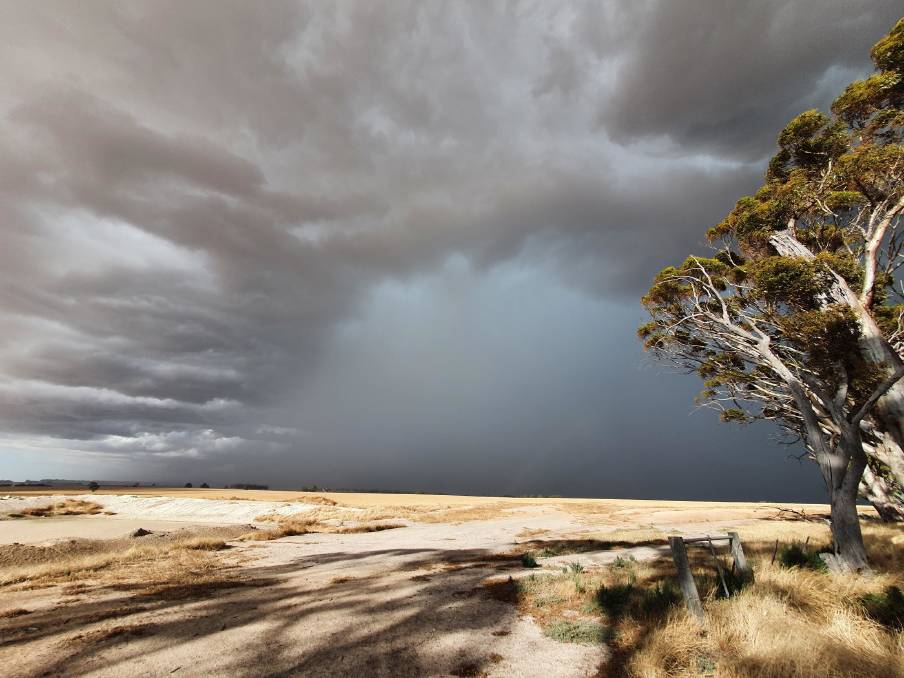 A storm front rolls in east of Beverley with gusts up to 101 kilometres an hour. Photo courtesy WA Weather Group.

By early Monday morning some areas had seen high rainfall and large hailstones.

WA is off to a wet start, another week brings another rain event, further delaying harvest for some farmers.

By early Monday morning some areas had seen high rainfall and large hailstones.

Across the regions the highest rainfall from this particular weather event was at Mt Barker with 79mm and Dumbleyung and Rock Gully with 51.8mm.

"Throughout the South Coastal and Great Southern districts we did see quite a bit of rainfall, a lot of sites recorded 20mm to 40mm as the storms moved through, but that 60mm in 30 minutes was definitely the strongest rainfall that we recorded that night." 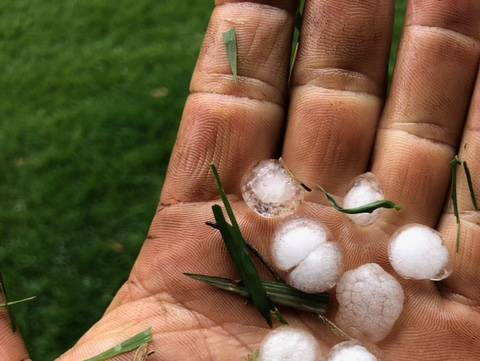 Nelson Young's property at Cuballing received only 15 millimetres of rain from the thunderstorm, but copped these large hail stones.

Nelson Young was on the edge of the cell but his property in Cuballing was still hit with large hail.

Thankfully his crops didn't get too much damage, which he thinks may be due to the initial rain, but some of the trees took a beating.

"There are some really nice summertime patterns coming for the rest of the week," she said.