Five Fitzroy Basin properties are up for sale and stiff competition for farmland could see the vendor double or triple their money. 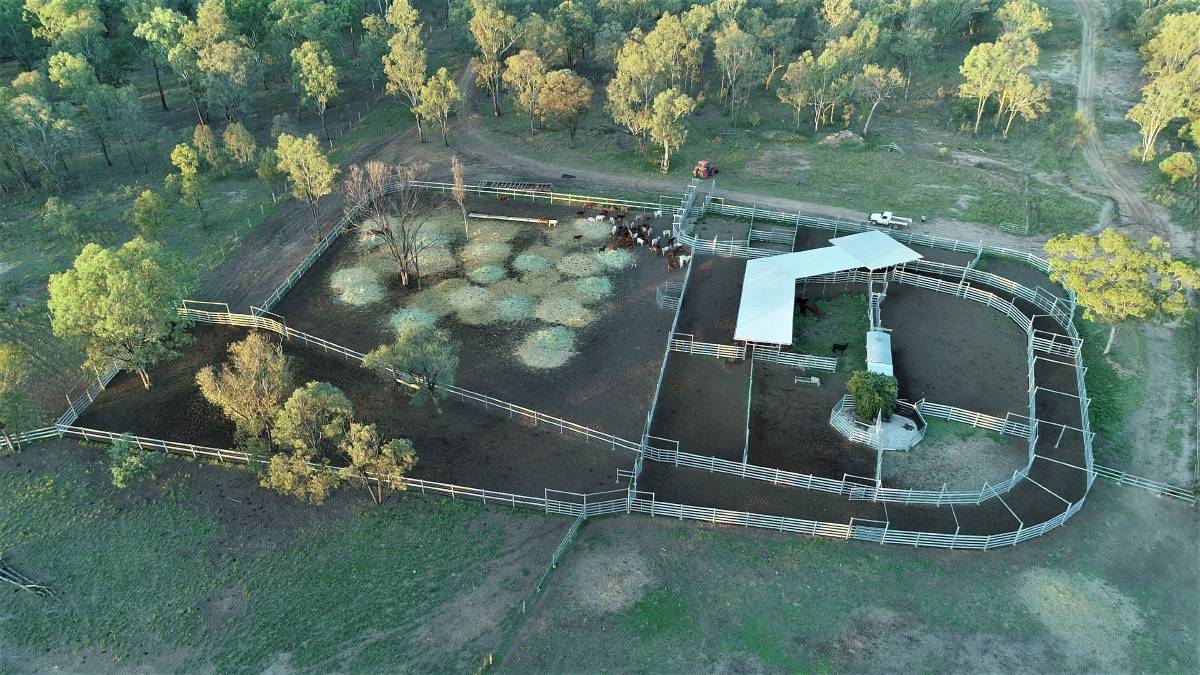 Oxley Capital Partners handled the transactions and managing director Ben Craw said the portfolio had reaped close to a total $100 million for its vendor.

THF Finance Pty Ltd, believed to act for a high net-worth German family, bought the portfolio for around $35m in 2010.

It includes The Pocket, Gogango, which has a 5364-megalitre water allocation to irrigate its 1917ha. Similarly, the 3859ha Mostowie, Baralaba, has a 400ML water allocation and the 3168ha Bindaree at Moura has 850ML.

Rounding out the portfolio are the dryland 3744ha Karamea at Moura and 9212ha Lucie Station at Bluff.

Mr Craw said it represented the entirety of THF Finance's farmland holding in Australia and he was not aware it had any intention of reinvesting here.

The group, known as RFF on the Australian Stock Exchange, also purchased a second central Queensland property outside the THF portfolio, the 4130ha Baamba Plains.

RFM would manage the properties and begin productivity developments before lessees were sought.

Mr Craw said client confidentiality prevented him from divulging the identities of the other purchasers or the prices paid for individual properties but that all were domestic buyers from central Queensland.

They were currently under contract, with the exception of Lucie Station, which settled on Wednesday and was split between two buyers.

The properties were sold by a two-stage expression of interest process and Oxley Capital Partners had hosted 90 inspections since the portfolio was put on the market in August. 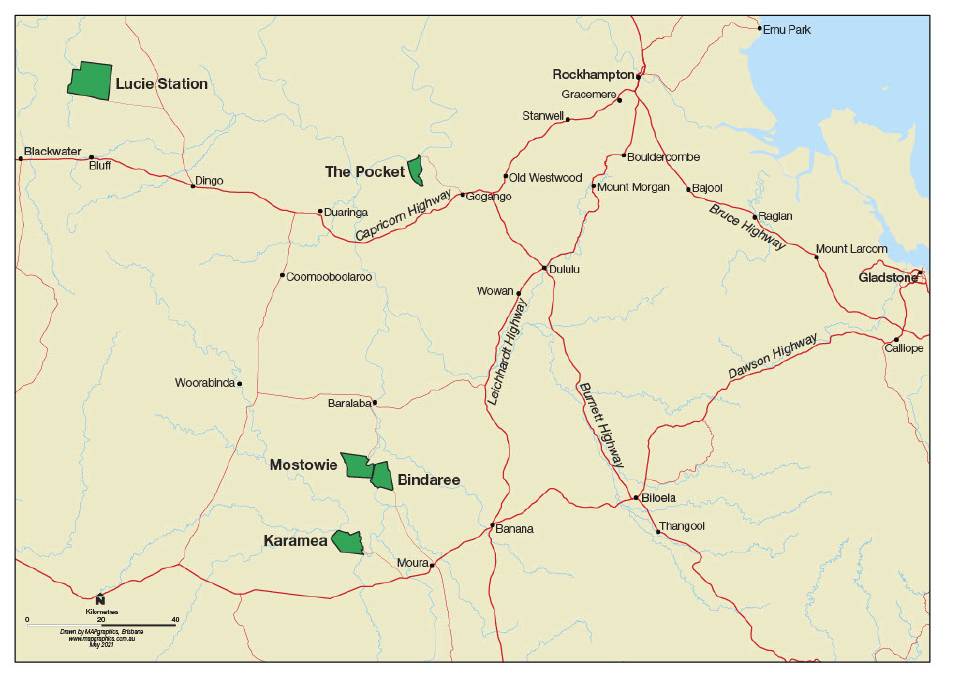 PICK YOUR PROPERTY: The THF portfolio of five properties is west of Rockhampton in the Fitzroy Basin.

He said offers were received from offshore entities as well as locals, with bids for the whole portfolio, groups of them, and single properties.

"Historically, you might have seen more larger offshore fund appetite for these assets," Mr Craw said.

"But we call it the THF portfolio, not an aggregation, because the properties were complementary but they drew very different buyer pools."

While The Pocket, for example, had attracted some beef cattle operators, its water entitlements and the opportunity for land use change made it most appealing for institutional investors.

Lucie Station offered scale for institutional investors, too, but there was interest from locals as well as operators further north looking for a backgrounding condition block in central Queensland.

"We went with that two-stage expression of interest program to offer the ultimate flexibility to ensure we attracted the right pool of buyers for those individual assets and, as it turned out, that's how we were able to maximise the value for the client," Mr Craw said.

The two-stage EOI approach prevented a potential problem for the vendor and Oxley Partners, too.

"In our mind was that no property must left behind," Mr Craw said.

"It would have been horrible to get through a process and sell four out of five, which would just create a stigma you don't want to have on a property."

It also allowed prospective buyers to do more extensive due diligence for more complex properties.

Mr Craw said the uncertainty surrounding details of Rookwood Weir project could have caused some buyers to "shy away" from an auction.

Infrastructure and plant and equipment were included as part of the sales.