On the Slee family farm, Ongerup, harvest is about a third of the way through and yields have been above expectations. Photo by Logan Smith.

More than 9 million tonnes of grain has been delivered to CBH so far this harvest.

WITH improved harvesting conditions over most of WA, CBH Group experienced another large week of grain receivals with more than 2.8 million tonnes delivered, taking the total to more than 9mt as of Sunday morning.

Chief operations officer Mick Daw said this period had been extremely busy across all zones, with sites continuing to break receival records.

"With growers experiencing excellent harvesting conditions combined with higher than expected yields, we are seeing many sites continuing to break daily receival records, with another 12 this week," Mr Daw said.

"We had our biggest day ever on Friday, November 26, with 533,000t received across the network, and for the first time, we also had three consecutive days where we received over half a million tonnes each day.

"As mentioned previously, given the significant size of this year's crop, more sites and services will fill and close earlier this year if we can't keep them open with essential harvest outloading or extra storage.

"We continue to see pressure on sites on the standard gauge line where some services and sites have closed, but we are doing everything that we can to alleviate this pressure."

Mr Daw acknowledged that this may be frustrating for growers, however he assured them CBH was able to respond to the task.

"In addition to the 1.5mt of emergency storage that we have built with 2mt planned, we have also opened some non-network sites to cater for larger volumes," he said.

"We are also continuing to work with Aurizon, our rail provider, to outload grain to ensure services continue to be available at key sites."

CBH will continue to use the CDF app to send notifications on the availability of services, including temporary and permanent closures.

If these closures do occur, the CDF app should also be used to determine where alternative services are available at surrounding sites. 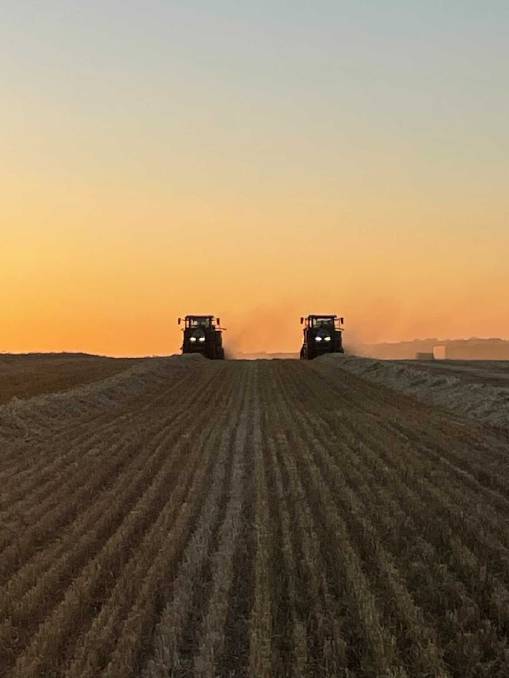 At Denabling Grazing, Narrogin, the season has been very wet reaching almost 550mm of rain. This photograph taken by Rhys Hardie recently, shows them wrpping up bailing with very good yields. That trend is expected across all crops which include conola, oats, lupins and barley.

Harvest in the Albany zone was interrupted by rain last week, including heavy falls in some areas that stopped growers for a few days, however the weather does not seem to have impacted grain quality at this time.

The zone has received 1.16mt, including 450,000t in the last week, with canola, barley and oats the commodities making up the bulk of receivals.

All sites in the zone are now open for receivals and weather conditions for this week look much more favourable for harvesting.

Harvest again stalled in the Esperance zone at the start of last week due to poor weather, but in the later part of the week tonnages increased significantly.

Canola and barley receivals are decreasing and growers are switching to wheat, while pulse deliveries continue at lower volumes.

All sites remain open, although one feed barley service will soon close, with growers being redirected to nearby sites.

Shark Lake and Ravensthorpe emergency storage is on track to be available for use this harvest. 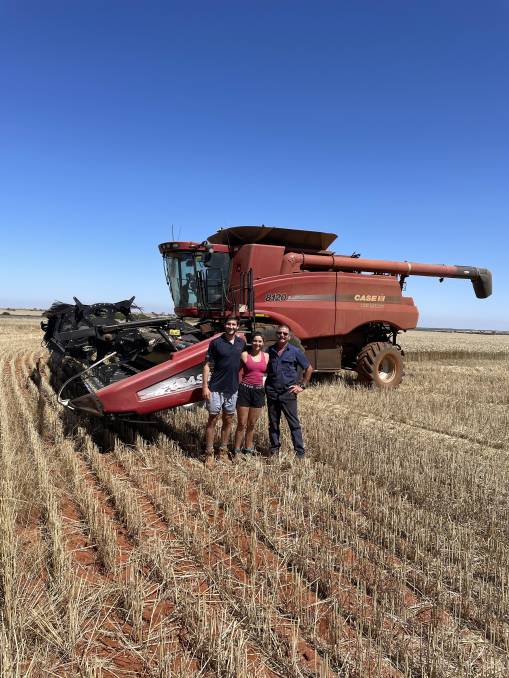 Brother and sister Aidan (left) and Danielle Tropiano have returned to the family farm at Mullewa to help dad Tony Tropiano with harvest. They are expecting some of their best yields ever this season.

Last week the Geraldton zone had excellent harvesting conditions, resulting in 605,000t being delivered, taking the zone total to 2.4mt.

Wheat is now dominating receivals across the zone, with lower tonnages of the other commodities being delivered and yields continuing to be above expectations. 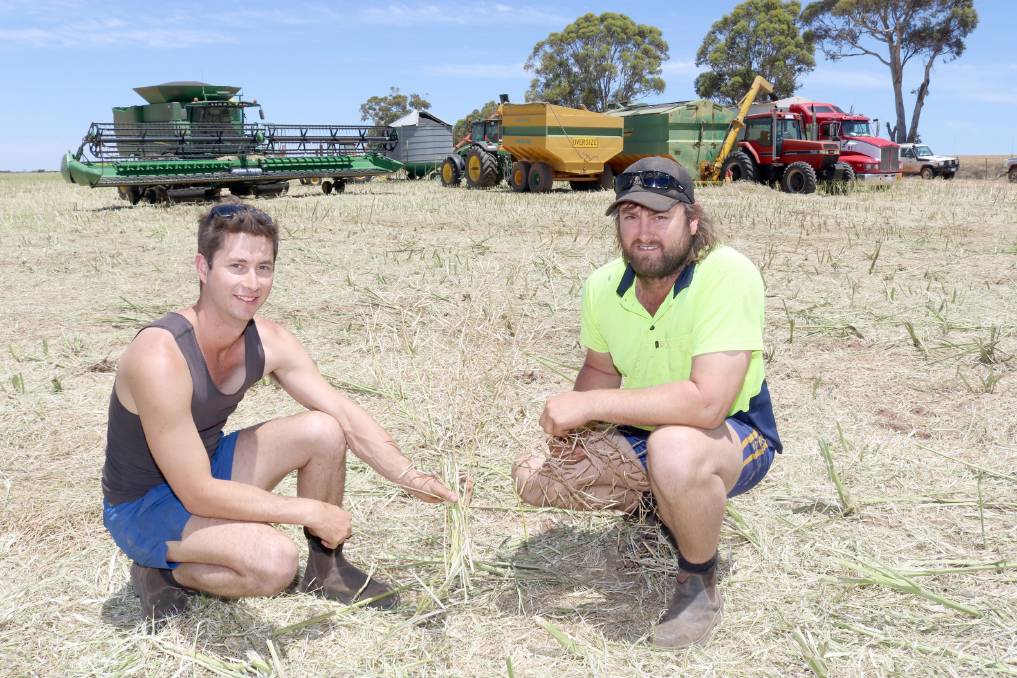 Ashley King (left) and his brother Hayden loading out RoundupReady canola 44Y27 (RR) at Calingiri. The paddock yielded up to 3t/ha and averaged 2.3t/ha. The crop was direct headed.

The Kwinana North zone had very good harvesting conditions over the last week, receiving 755,000t which takes the year-to-date total to just over 2.3mt.

More growers have finished their canola and barley programs and have started harvesting wheat throughout the zone.

Yields have continued to exceed expectations for many growers, and overall grain quality remains good.

Harvest is now in full swing across the Kwinana South zone with 600,000t received last week, taking the zone total to 1.6mt.

Growers are finishing canola and barley programs in the north of the zone, with most switching over to wheat, lupins and oats, while in the south of the zone, they are still in full swing harvesting canola, barley and oats.

All sites in the zone are open for receivals with average cycle times improving over the last week.