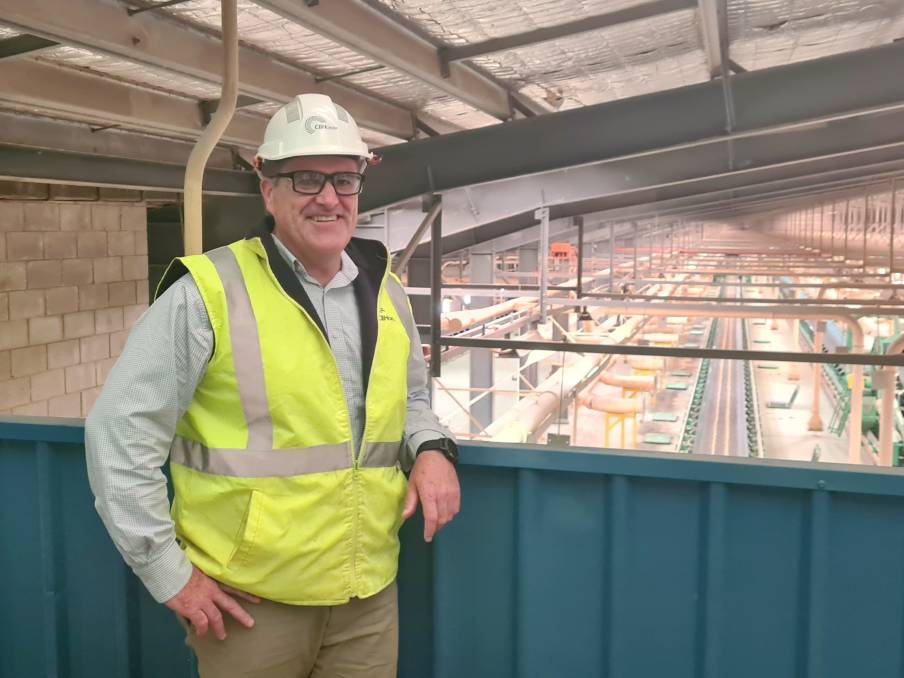 CBH acting chief operations officer Mick Daw said they highlighted at pre-harvest meetings the possibility of some receival points closing after they filled.

On November 25, Farm Weekly reported that barley segregations at Tammin had shut due to the good crop yields in the area, with the situation escalating earlier this week as the entire site suspended its service and is unlikely to start up again due to a lack of rail availability.

THE Tammin CBH receival bin was the first site casualty of this season's bumper harvest after it was filled to the brim and forced to close as of mid-morning on Monday.

On November 25, Farm Weekly reported that barley segregations at Tammin had shut due to the good crop yields in the area, with the situation escalating earlier this week as the entire site suspended its service and is unlikely to start up again due to a lack of rail availability.

CBH Tammin grower representative Greg Packham, who has been carting grain to the Tammin bin since 1989, said it was the first year that the site wouldn't have survived through to December.

"Every other year, except 2017, we've been open until the late end of December," Mr Packham said.

While the site filling was by no means unusual, CBH Group's rail assets are currently fully utilised across the Kwinana zone, meaning the co-operative has had to prioritise its efficient rail loading sites - Tammin isn't one.

The frustration for Mr Packham was that at their bin meeting in September, they were never informed by CBH that Tammin would be a fill and shut bin, so their understanding was that they would get some trains in.

"Tammin has always needed trains to survive and we've always had them, even in 2018 which was another big year, but this year it would appear Tammin has just not been prioritised," he said.

"CBH's communication with us has been ordinary as we were never told we weren't going to have trains, so a bit of transparency and honesty wouldn't have gone astray."

CBH acting chief operations officer Mick Daw said it was communicated at pre-harvest meetings, given the significant size of this year's crop, that some sites and services would fill and close this year.

"This is starting to occur at various sites across the State with some canola and barley services closing," Mr Daw said.

"Services will generally close at our smaller sites, but options will remain open at larger sites or sites where we have built additional emergency storage.

"We will also take advantage of any changes to our rail program and seize opportunities to outload grain out of Tammin if they arise and we will continue to keep growers updated and notify them of any changes though the CDF app."

While the site closure is undoubtedly frustrating, for Mr Packham the concern mainly lies in the extra time growers will spend driving as they are forced to cart their grain to Cunderdin, Kellerberrin or Avon.

"We're spending more hours on the road to try and cart similar tonnages in a day and I am fearful that Cunderdin will fall over next and we'll have to drive even further," he said.

"Our turnaround time from paddock to bin and back has gone from one hour to two and while I realise CBH's duty of care stops as we drive out the gate, you would think there should be some sort of moral obligation to make sure we're not having to drive double distances."