PROMINENT plant-based protein supplier v2foods says it is part of the meat industry and is working on sustainably feeding the planet, just like Australia's red meat producers.

Appearing at the senate inquiry into definitions of meat, v2foods founder and chief executive officer Nick Hazell said plant-based protein companies were 'certainly not about closing down the livestock sector or cannibalising its market.' 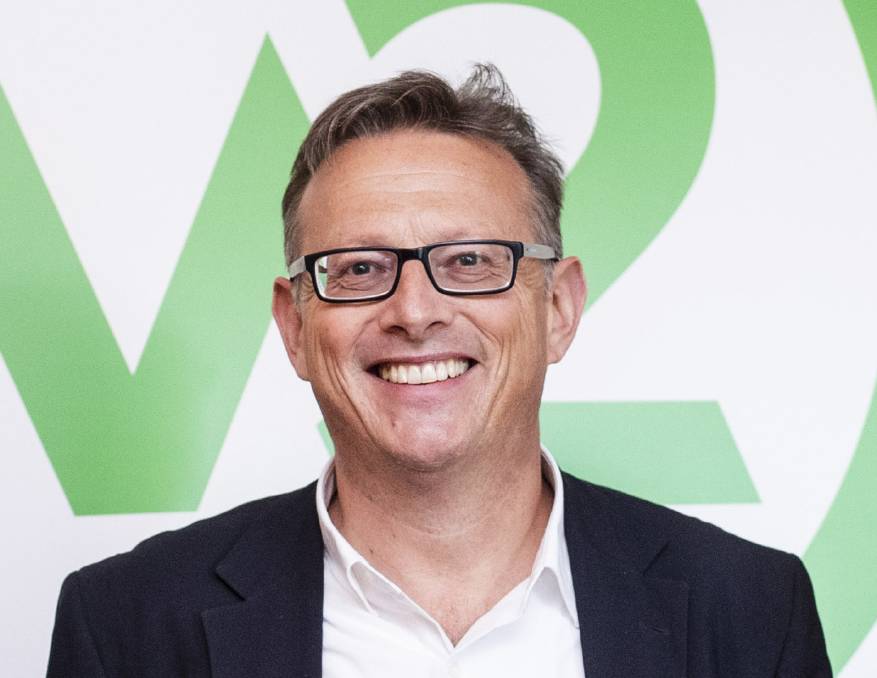 He emphatically declared his industry did not attempt to 'drag down others' and then proceeded to do precisely that.

"The red meat sector doesn't want to call our product meat because that would allow consumers to directly compare our version with theirs," he told senators.

"And on some key consumer drivers like carbon footprint, sustainability, animal welfare and health outcomes, there is work to do with animal meat.

"A lot of studies by credible sources demonstrate plant-based protein is better for us, and better for the planet - sources include the United Nations, CSIRO, Oxford University and AgriFutures."

Mr Hazell's summary of these studies: 100 grams of protein made from soybeans emits two kilograms of carbon dioxide equivalent, compared to beef's 50kgs.

Two square metres of land and 93 litres of water is required to produce 100gms of plant-based protein. For beef, it is 164 square metres and 728 litres.

"And in terms of nutrition, we've deliberately formulated our products to be comparable to beef - key nutrients of protein, iron, zinc, b12 and b6 are the same," he said.

He then spoke about Eat Lancet recommendations to cut red meat consumption for a healthier planet.

And then reiterated there was no denigration of the red meat sector happening.

"Australia is a meat-loving country and v2food is proud to be Australia's leading plant-based meat company," Mr Hazell said.

The company's sausages, burgers and mince are sold in supermarkets and restaurants across the country, and exported to five overseas markets.

"We make products that look, taste and cook like meat," Mr Hazell said.

Mr Hazell said there was simply no objective evidence that supported the premise that plant-based proteins were a threat to the traditional protein industry.

The world needs more meat and animal production could not possibly meet the growing demand alone, he said.

"By the red meat industry's own data, there is no need for us to apologise because plant-based proteins are not adversely impacting red meat sales," Mr Hazell said.

"Meat sales are going up globally and they will for a long time.

"So what's this frenzy the Australian red meat lobby is showing towards plant-based proteins?

"What are they scared of?"

In v2foods' view the answer was comparison.

But he said it was necessary to use the word meat so consumers understood how to use and cook plant-based products.

Legislative intervention shouldn't be based on anecdotes like 'I went into the supermarket myself the other day and I was confused,' Mr Hazell said.

These anecdotes, which have featured in evidence given by red meat industry representatives, diametrically opposed the evidence provided by organisations like the Australian Competition and Consumer Commission and the food standards authority, according to Mr Hazell.

"Plant proteins aren't a vegan fad. They are mainstream and global," he said.

"Three of the four biggest US beef producers - JBS, Cargill and Tysons - have plant-based options."

Fellow plant-based protein manufacturer Kjetil Hansen, Deliciou, also appeared at the hearing, telling senators if legislation were introduced preventing the use of beef and dairy terms on alternatives, it would be impossible to communicate the purpose of those products.

"There would be no market for us in Australia," he said.

"If that is the outcome of this inquiry, we will be looking to move all of our production overseas to markets where these terms are allowed to be used."

NOTE: Unfortunately, we have had to turn off comments for legal reasons. To have your say, send a letter to the editor.

Start the day with all the big news. Sign up below to receive our Red Meat newsletter.