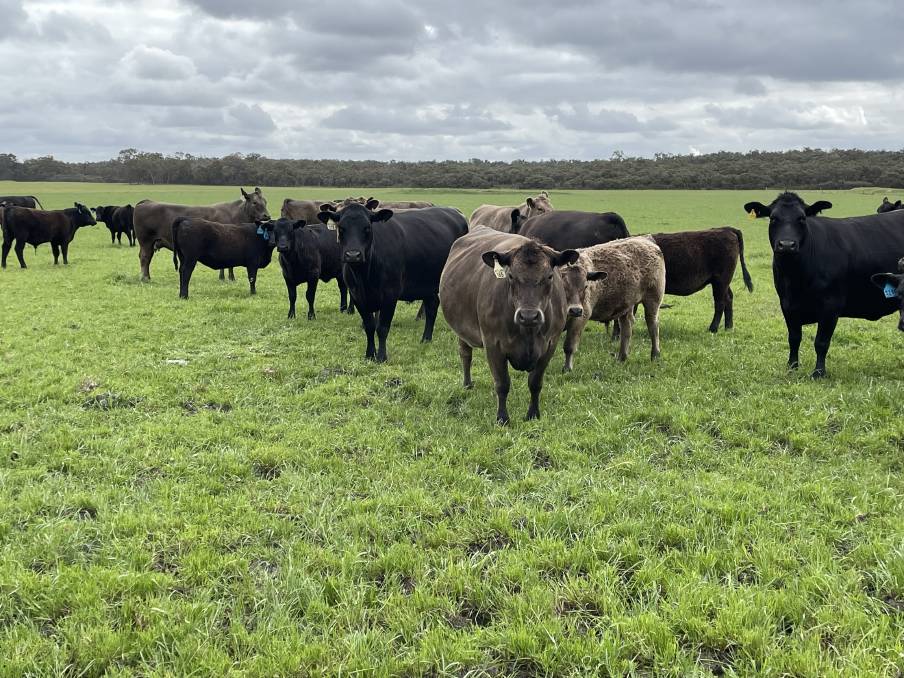 Corolin Farms, Narrikup, is the largest vendor in the cow section and will be offering 120 Angus-Murray Grey second, third and fourth calvers, which are PTIC to Angus bulls.

The yarding will comprise of 308 PTIC heifers which in the main are Angus, 171 PTIC cows and five PTIC cow and calf units.

PRODUCERS in search of new breeders should look no further than this month's Ray Norman Memorial Breeders Sale at Mt Barker.

The Elders sale scheduled for Tuesday, December 14, will commence at 1pm at the Mount Barker Regional Saleyards and will feature a yarding of 484 quality breeders.

The yarding will comprise of 308 PTIC heifers which in the main are Angus, 171 PTIC cows and five PTIC cow and calf units.

"Most of this year's yarding will be Angus heifers from noted breeders of Angus cattle and dedicated heifer vendors who purchase local heifers to be joined and then offer them in this sale," Mr Mitchell said.

"The cow portion of the yarding consists of mostly young cows with more than 100 second and third calvers.

"As in previous years the second calvers will sell before the heifer draft.

"All females have been pregnancy tested within the last six weeks, with most on shortened joining periods to ensure a tighter calving pattern.

"This year more than ever breeders look like a great investment with very good returns being received for weaners and cull cows and markets looking reasonably stable."

The Davys have recently decided to reduce their workload and not calve cattle down anymore.

These lines have come from Craig and Natalie Davis' Coonamble commercial herd, Aron and Kate Davis, Murroo Farms and Johnson from Redman.

The Davys have had a close working relationship with the Davis family over many years and have chosen high quality Coonamble genetics using low birth weight proven heifer bulls for this program.

These cattle have been very well handled by Ms Davy on horse and on foot.

The heifers come very highly recommended and will not disappoint.

The first line will include 14 Angus heifers synchronised AI mated on May 1 to Lawson Momentous, a low birthweight bull and are due to calve February 11.

The next line is made up of 24 Angus heifers mated naturally to a Lawson low birthweight Angus bull and are due to calve February 23 to March 23.

The Reids run a herd of 230 Angus cows predominantly Lawson bloodlines with some Koojan Hills.

Some of the heifers to be offered are brought in from the Mount Barker Regional Saleyards with the majority of the consignment being their own breeding.

In 2020 they calved down synchronised AI mated heifers, with these heifers calving down over a seven day span.

The heifers received 7in1 and Multimin with a drench on November 11. 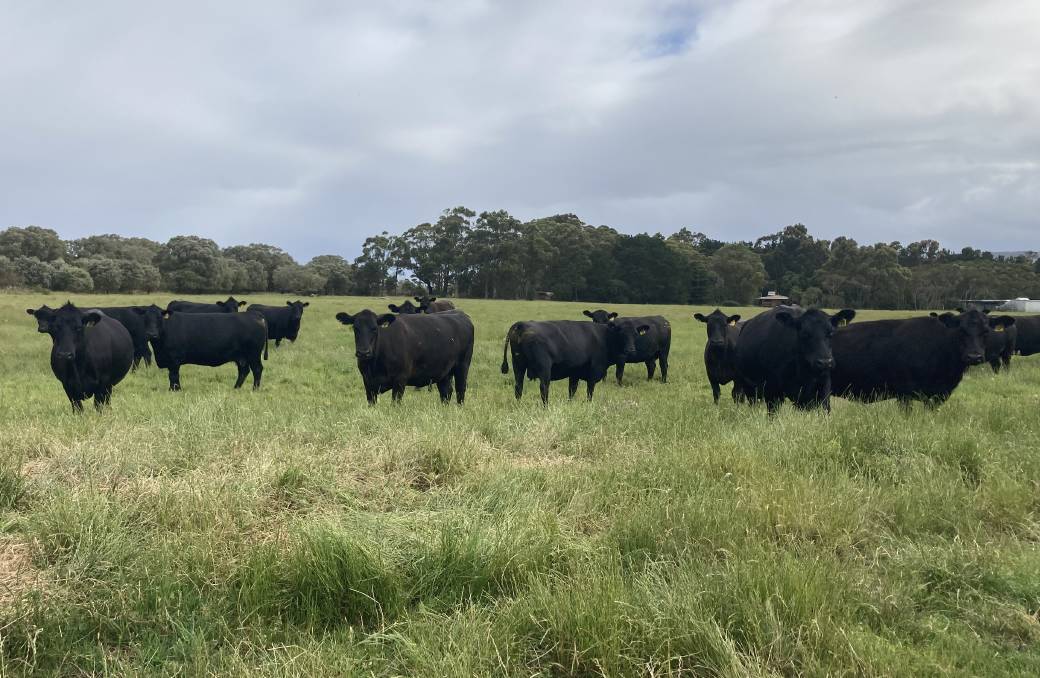 All three lines are PTIC to Angus bulls and are due to calve March 1 to May 4.

The females have all received Multimin and been drenched.

Hillcrest Farms has developed a reputation for producing sought after weaner cattle for feedlots through the use of AI programs, high performance bulls and very good animal health programs.

The breeder herd of Hillcrest Farms consists of around 500 head situated on highly developed coastal properties at Walpole, Torbay and Marbelup.

The genetic base of the herd comes from local Angus studs including Lawsons Angus and now has a strong Texas Angus influence though AI programs.

The family will also be offering one heifer in calf in the Hospice Charity Auction. 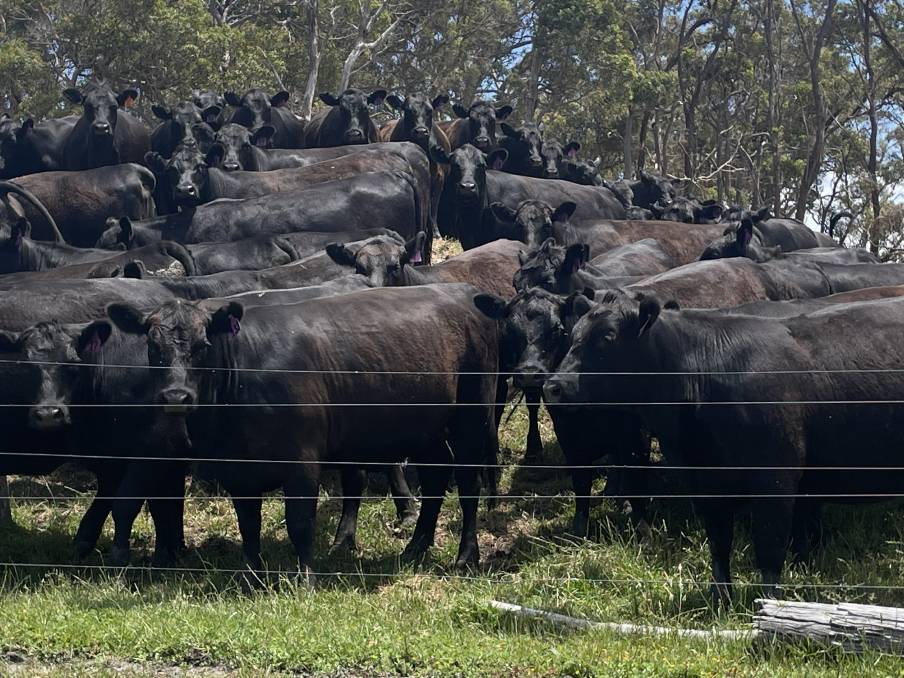 The heifers and cows are joined to low birthweight Gandy and Ballawina Angus bulls and are due to calve February 23 to May 25.

The lines have been vaccinated with 7in1, Pestiguard and have received Multimin and drench.

Corolin Farms, Narrikup, is the largest vendor in the cow section and will be offering 120 Angus-Murray Grey second, third and fourth calvers, which are PTIC to Angus bulls and due to calve March 20 to June 5.

All of the cows have been vaccinated with 7in1, Pestiguard, Multimin and have been drenched.

Its breeding objective has been to develop a high quality commercial female herd based primarily on Angus with some original Murray Grey females.

In selecting the sires, both AI and natural, they have an emphasis on maternal traits, selecting bulls that are sound but have low birthweight, above breed average calving ease, both direct and daughters, moderate mature cow weight, above average milk and breed average of better growth EBVs.

Avago Grazing will be offering 56 Angus heifers, PTIC to low birthweight Angus bulls, due to calve February 11 to April 17.

The heifers are Levens Cattle Co bred from Coonamble and Koojan Hills bloodlines and have been averaging more than 550kg liveweight, with 1.5kg plus average daily gain at last weigh in.

The heifers have all been treated with all-trace bolus, Trifecta drench and Dectomax drench.