A season-saving gamble paid off for Qld strawberry growers.

THE Queensland strawberry industry has reflected on the success of its creative campaign which helped secure workers for the past 2021 season.

The industry launched its PickPackWin program where strawberry pickers could win up to $100,000 tax free.

The promotional registration portal opened in early April with hundreds of people quickly registering their details.

The system automatically sent job applications directly to the participating farms that the worker had selected.

By the end of the promotion in early October, more than 5500 people had registered to take part and some 2500 had gone on to work on the 31 participating farms across the Queensland winter strawberry growing regions. 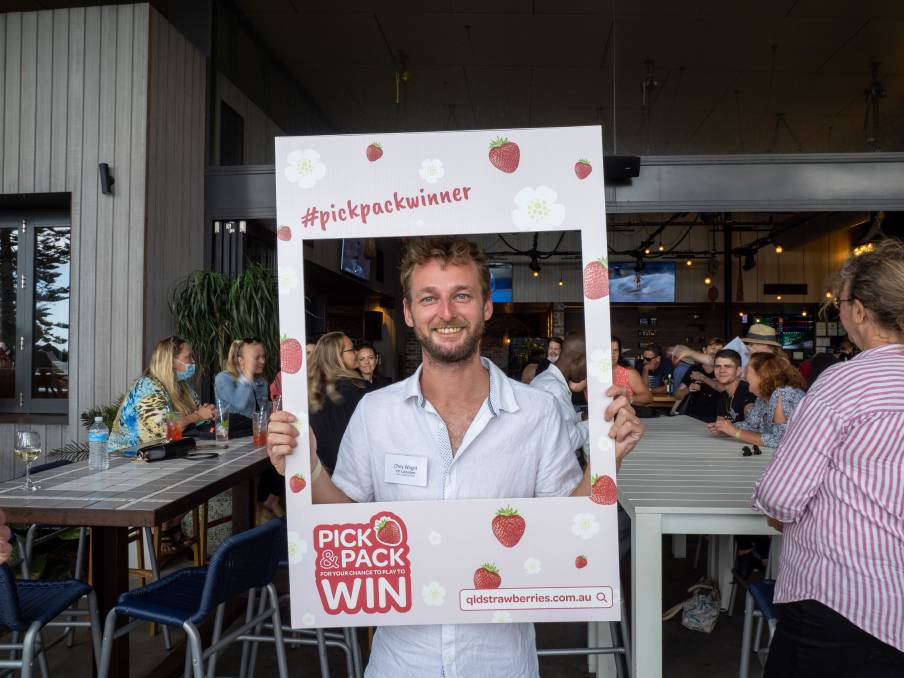 WINNER: Chris Wright from NSW celebrates his win as part of the PickPackWin competition.

Every week that they worked at one of the farms earned them entry points into the draw.

More than 40 per cent of all people registering were Aussies, many from interstate who were attracted by the idea of spending a winter working in the Queensland sun.

Queensland Strawberry Growers' Association (QSGA) president Adrian Schultz said there was a great feeling of concern in the industry back in March this year when it became clear that borders were not going to open.

"Our usual peak workforce of working holiday makers were continuing to leave the country in droves," Mr Schultz said.

"We knew we needed to do something radical and that's where the PickPackWin idea came from."

Using a promotional technique usually only found in the world of consumer products or services, QSGA marketing manager Jane Richter brought the idea to the table and received the support of the association management team.

The promotion was structured to give bonus entry points to reward worker behaviour that would assist the growers with planning and managing their workforce across the season.

People who registered and applied for work before the end of May received early sign-on bonuses, but the biggest bonus points were applied to encourage loyalty to a single farm.

"The largest concern for growers after attracting workers was how to retain them across the season," Ms Richter said.

"So, we included really large bonus entry points for staying with a single farm - in fact, of the 9950 total entry points that could be earned, 8150 of them came from bonuses." 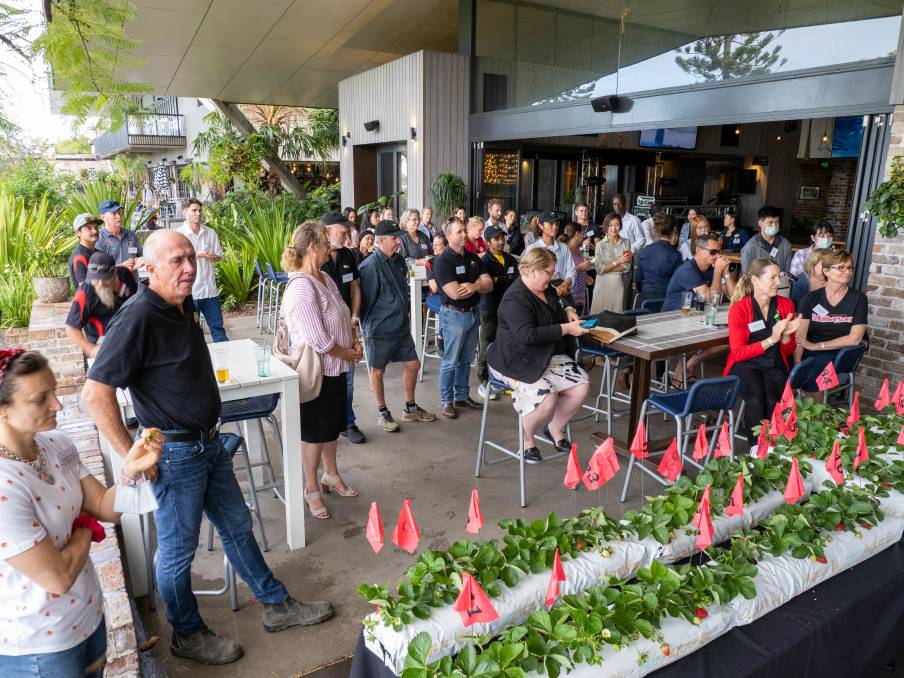 ANTICIPATION: The finale for the promotion taking place at "the Games" held on October 21, 2021 at the Sandstone Point Hotel in southeast Queensland.

"People may think that picking and packing strawberries is super simple but actually there is a considerable amount of skill involved in picking only the berries that are ripe and ready that day and packing the right weight of berries into each punnet without damaging the delicate fruit.

"We think it takes about seven to 10 working days for someone to build up the skills and required speed to make a great picker or packer."

Feedback from many of the farms that took part indicated that they were able to manage their labour this season in a way that no one thought possible in March.

Several farms have also reported the promotion attracted some talented local people to give farm work a go that would never have considered it in the past.

"This promotion will leave a lasting impact for many of our growers with valued team members coming forward because the promotion grabbed their attention and enabled them to think, why don't I just give this a go?" Mr Schultz said.

At the end of the promotional period, all the points earned were converted into draw entries and a computer randomiser performed the hard task of selecting 10 lucky contestants from the huge pool of entries.

With so many workers staying at their chosen farm all season and earning big loyalty bonuses, the total draw entries from 2500 people was 8,294,300.

The finale for the promotion was "the Games" held on October 21, 2021 at the Sandstone Point Hotel in southeast Queensland.

As an insured prize promotion, an official from the insurance underwriter brought the sets of 100 envelopes for each game with the whereabouts of the $100,000 prize in each game a closely guarded secret.

Each contestant got the chance to select their number from one to 100, either by picking a favourite number or by wandering the strawberry patch that had been created for the games and selecting a numbered flag at random.

The envelope corresponding to their chosen number was then opened for all to see.

The 10 contestants each had very different stories.

Two were here in Australia as part of the Seasonal Worker Program from Tonga and Timor-Leste.

Three were permanent workers who have been part of the industry for several years.

Four were working holiday makers that were back doing their second or third strawberry season.

And one was an Aussie from NSW who came to Queensland and worked in strawberries as a direct result of the promotion.

Every contestant walked away a winner with $1000 in his or her pocket.

"If we hadn't taken the leap of faith and invested in this activity, we absolutely would have experienced a very different outcome," Mr Schultz said.

"Watch this space for next year is all I can say."