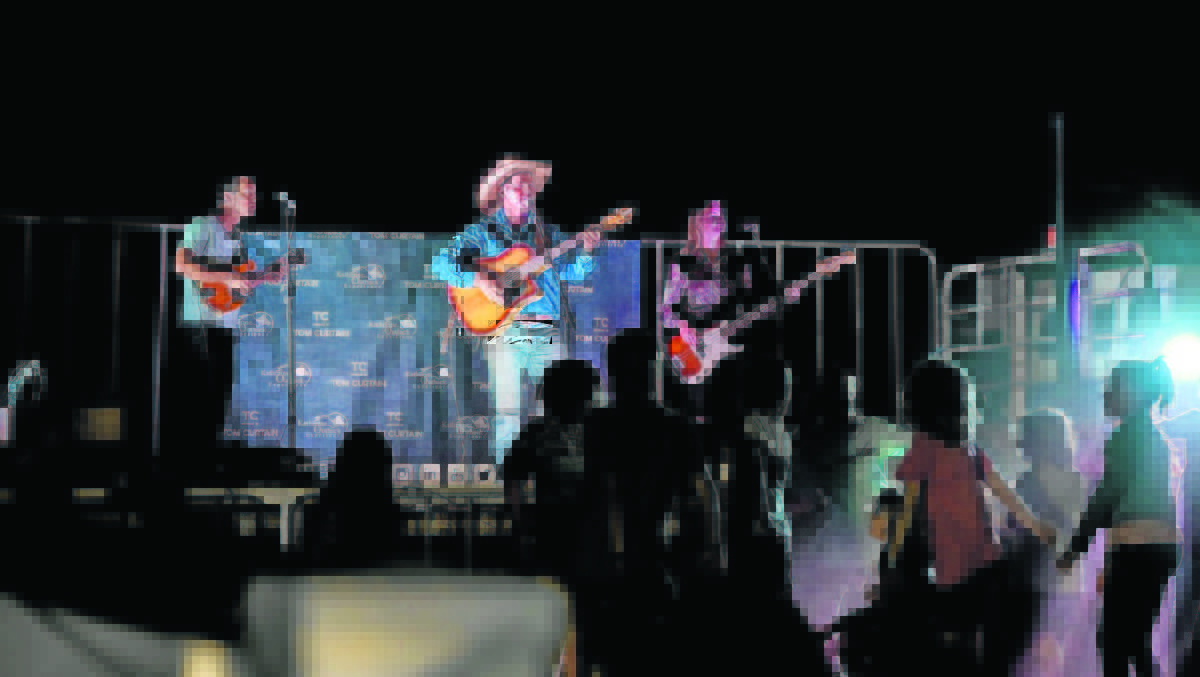 Tom (centre) on stage with Chris Matthews and Kate Hindle will perform at the New Years Eve Campdraft at Boar Swamp Road, Blythewood.

Tom Curtain back on tour in the West

After a successful west coast tour last summer, Curtain and his wife, Annabel (nee McLarty from Pinjarra), had planned to tour the show down the east coast this summer, however with the ongoing COVID-19 outbreaks and uncertainty around state borders, the team made a last-minute decision to head west again.

"It's been another tough year for the entertainment and tourism industries but we have to keep pushing forward, even if it means changing plans last minute and trying new things," he said. 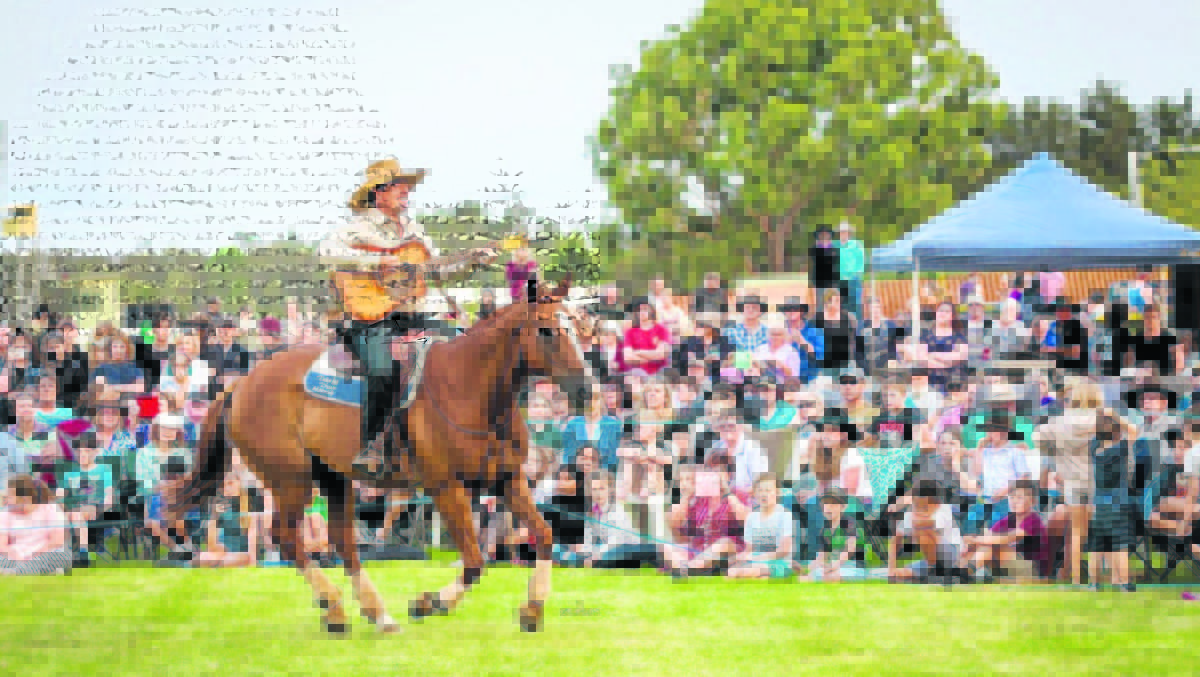 "Our show on the road is a snapshot of the experience in Katherine. It's more about the training of the animals and we are passionate about making it really family orientated," Tom said.

"People love the interaction with the animals and feel like they get extra value for the training tips we share," the singer-songwriter said.

A cause close to Tom's heart is Dolly's Dream. As an official ambassador, Tom uses his music and tours as a platform to raise awareness about the importance of mental health and wellbeing in our rural communities.

"We are still getting a lot of really positive responses to my song, Speak Up, because unfortunately the message resonates all too well with our communities," Tom said.

"We hear from a lot of families saying that the song has given them an opportunity to talk to their kids about the lyrics and what's going on in their lives," he said.

Despite the challenges of the last few years, Tom hasn't slowed down and will be releasing new music in February 2022, with his fifth album due out mid-year.

The team has already performed seventeen shows since leaving Katherine in mid-October. Upcoming shows include:

"My next single is a duet with the amazing Robyn Martin from The New Graces called When the Rain Comes Down, which touches on all the pressures that drought places on families around the country."

"Logistically it's a bit tougher this year with two babies on the road in addition to having to juggle the everchanging COVID situation, but we can't sit around waiting for it to blow over," he said.