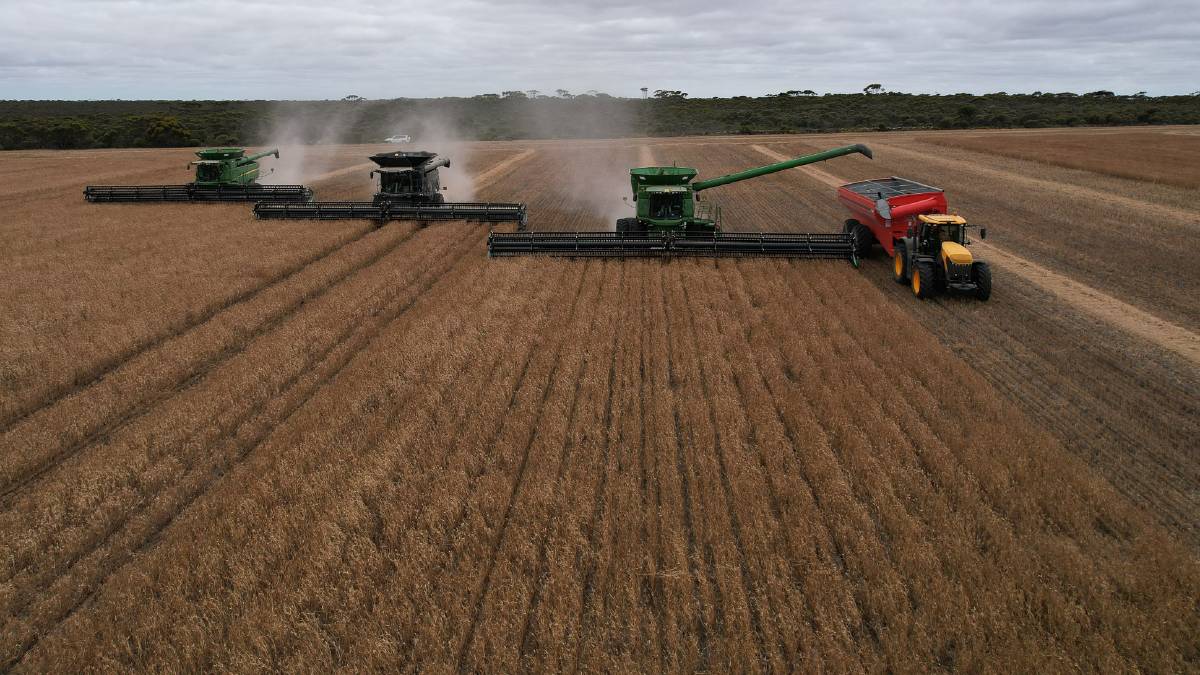 Prominent WA sheep and grain producer John Nicoletti is selling a portfolio of 45,057 hectares at Newdegate and Beacon. The expression of interest sale process has been timed to allow him to complete the 2021 harvest.

PROMINENT WA sheep and grain producer John Nicoletti is selling another large broadacre cropping and livestock landholding - this time a portfolio totalling 45,057 hectares in the north eastern Wheatbelt and the heart of the Great Southern.

The sale is being handled by LAWD, with director Simon Wilkinson saying it was a strategic long-term business decision by Mr Nicoletti, who built up the quality, institutional-scale dryland cropping and livestock enterprise in response to market demand.

"John is an astute investor and he has listened to what the market has wanted for several years now,'' Mr Wilkinson said.

"Through that time, he has put quality landholdings together in preparation, because it is what the market is after... and selling now is a strategic business decision by John, who has spent more than 50 years in the industry.''

The portfolio is being sold through an expressions of interest process - with Mr Nicoletti prepared to consider all options, from outright purchase to selling parcels of land to local farmers or farming family syndicates. 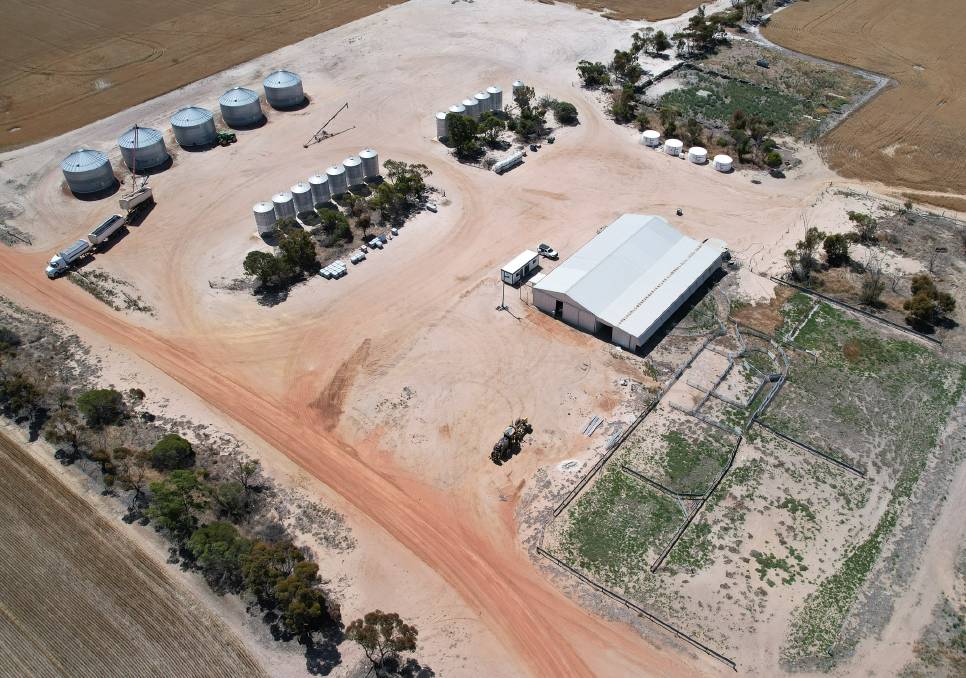 Mr Wilkinson would not comment on the value of the properties - saying the ultimate price would be influenced by the limited offering of large landholdings in WA's grain and livestock production areas and given the significant rises in farmland demand and values over the past few years.

"The market value that was relevant 12 months ago, wasn't relevant six months ago and isn't relevant today because the market is demanding agricultural assets when it is probably at its lowest supply in history," Mr Wilkinson said.

"That is why we are going out to the market via expressions of interest.

"All the options are on the table, so if it gets broken up to locals John is only too happy to look at that.

"Likewise, if one potential buyer comes in and wants to look at the whole lot, we will consider that.'

"John is open to all options.'' 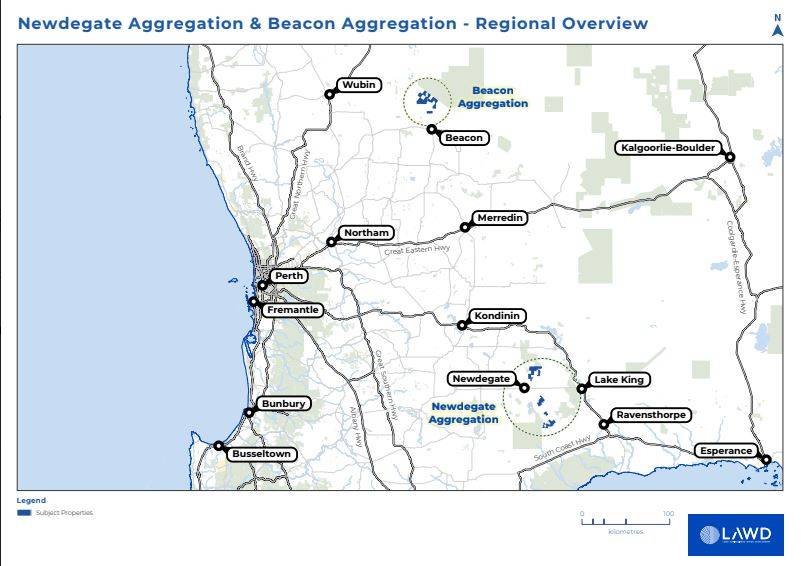 The sale included land that was spread across Merredin, Westonia, Bullfinch, Mukinbudin, Southern Cross and Mullewa, with 157,000ha being arable, about 40,000 Merinos and a comprehensive list of machinery.

Mr Wilkinson said the latest properties to be sold had been extensively developed and were utilised to produce high yielding crops, with complementary grazing of Merino sheep.

Near new plant and equipment, up to 5000 mated Merino ewes and 2022 cropping inputs will be included in the sale if required by the purchaser.

Mr Wilkinson said the sale was timed to allow Mr Nicoletti to complete this year's harvest and would provide potential new owners with the best opportunity to assess soil quality, water levels in dams and overall potential of the portfolio.

"In collaboration with staff, John will keep farming through the process with all options considered in relation to 2022, including proposed settlement at completion of the expression of interest period,'' Mr Wilkinson said.

"He has all the inputs, livestock, plant and equipment so he can keep farming. 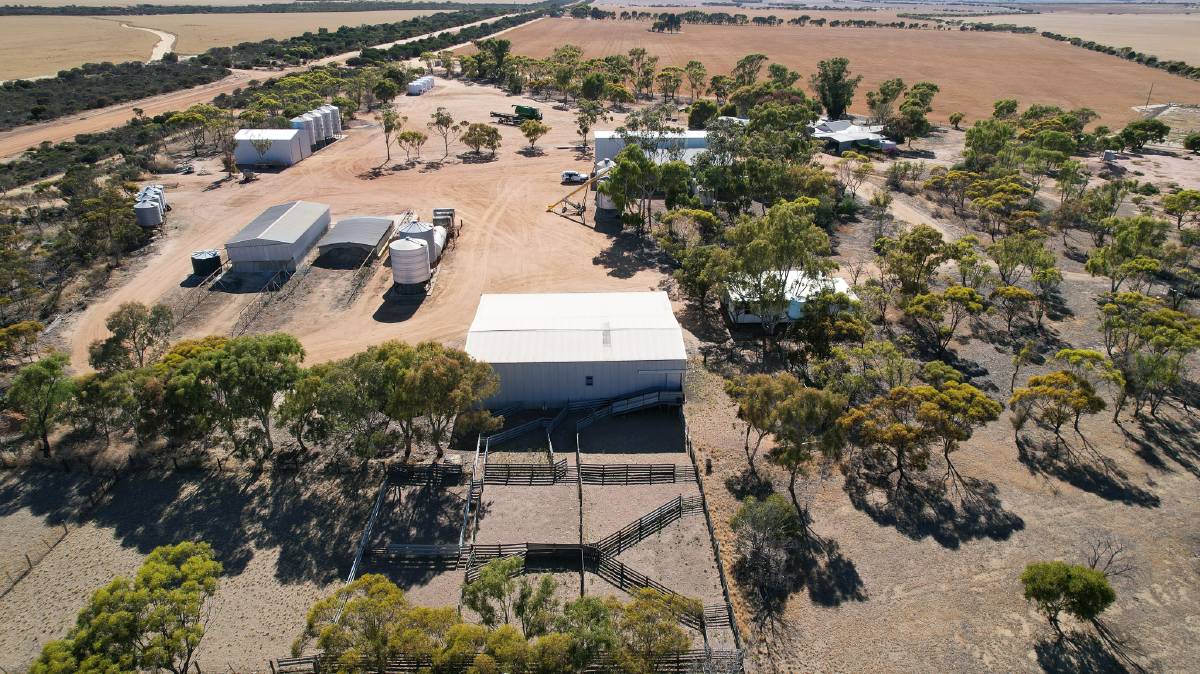 "He obviously puts together quality land parcels and he is not scared to invest money to improve the soil structure, soil fertility and the infrastructure."

The information memorandum for the sale states that both aggregations were easily accessible by major freight networks and supported by key agriculture infrastructure, including CBH grain storage sites at Newdegate, Beacon and Koorda.

An adequate and well-located water supply is delivered to the farms by a combination of scheme water reticulated to tanks and troughs, earth dams with catchments and rainwater tanks.

Fencing is in good working condition and mainly comprises steel and timber with conventional fencing and barbed wire.

An on-going soil amelioration program is in place.

Infrastructure includes at least 5400 tonnes of onfarm grain storage, fertiliser storage sheds, workshops and machinery sheds, shearing sheds and sheep handling yards plus a range of accommodation - from a five-bedroom home through to casual employee dongas.

The Beacon farms receive slightly less rainfall than the Newdegate aggregation, with an average annual rainfall of 314mm.

The portfolio is being offered for sale by expressions of interest, closing on January 30, 2022 at 4pm WST.