Concerns are rising over the potentially crippling effect of Omicron on Australia's hospital system, with roughly 2000 healthcare workers in NSW currently isolating after being declared close COVID-19 contacts.

The US has halved quarantine requirements for infected for COVID-19 patients not experiencing symptoms, who are now free after five days in isolation.

Experts are calling for Australia to follow suit, urging rules which initially applied to the Delta strain to be reset.

Associate professor of medicine at the Australian National University Sanjaya Senanayake says Omicron has shifted the goalposts, calling for a more "pragmatic" approach to isolation. 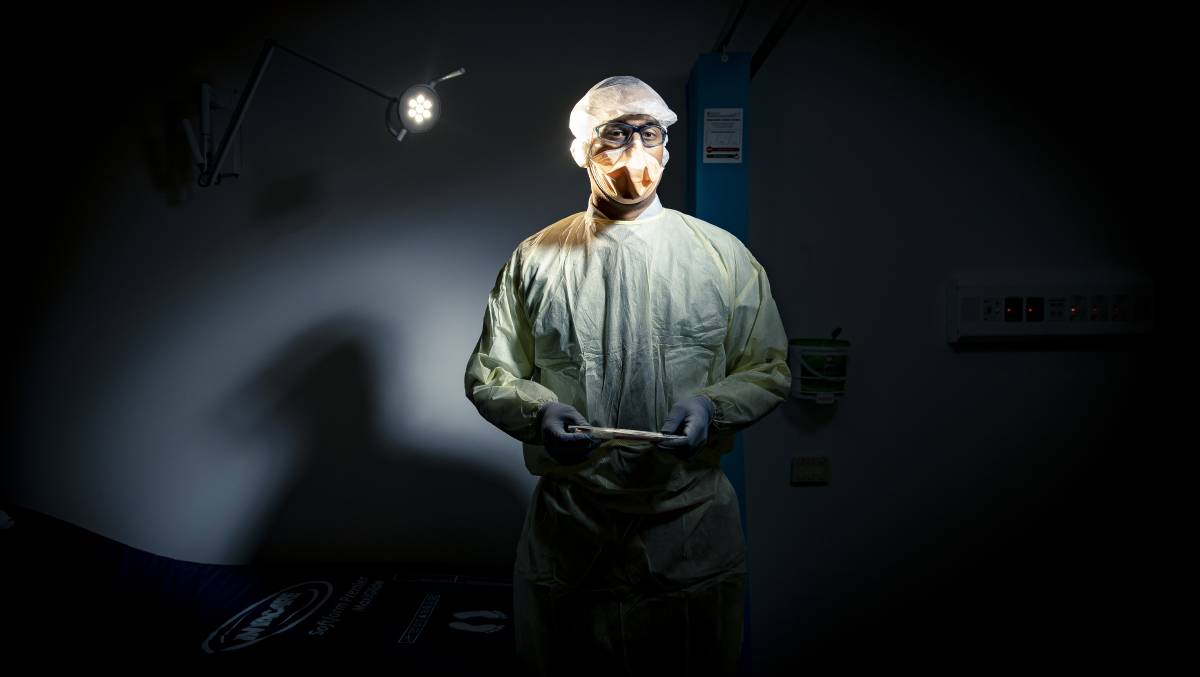 "When we had these longer periods of isolating and quarantine that was because we had a strain that was more likely to cause serious illness and overwhelm the hospital system," Dr Senanayake said.

"We have to take into account the fact that Omicron is less severe. We have to think about the way the US have gone about shortening isolation times for people with COVID and quarantine times for close contacts."

Dr Senanayake said the focus should be hositalisations and ICU "even though Omicron can break through". He said the ACT is benefitted by a more vaccinated and sensible population, but warned "we just have to be very cautious."

Chief medical officer Paul Kelly on Wednesday estimated two-thirds of patients in ICU across NSW were unvaccinated, and Dr Senanayake said more data would be helpful in determining the path going forward with Omicron.

"If it's mostly unvaccinated people who are getting admitted, then the strategy will have to be different than if it's fully vaccinated and booster patients with Omicron going to hospital," he said.

"So if it's the former, you might actually think about whether we should restrict movements for unvaccinated people."

One aged care facility in Adelaide has been staffed by paramedics for days, with staff forced into isolation after an outbreak.

Senior lecturer in medicine at the Australian National University David Caldicott warned that would be a common occurrence if Omicron was allowed to run rampant.

We're bandaging our wounds and ready to go back on the battlefield. - ANU lecturer David Caldicott

"There is a confounding between the impact of Omicron on any single individual, and what its impact is likely to be on the broader health care system on the logistical side."

Dr Caldicott said healthcare "breathed a collective sigh of relief" as the Delta variant waned, but now assumed the situation would get "far worse before it gets better".

"We're bandaging our wounds and getting ready to go back on the battlefield again. There's no one within healthcare itself that feels this is over, this is cool, this is mild," he said.

Dr Caldicott said easing the strain on intensive care was a matter of repeating tried and tested measures over new year, including density limits and mask wearing.

But he accepted there was a "political imperative" for leaders afraid of electoral repercussions after reintroducing tough measures.

"It's now no longer a mystery to us. We really are a stupid, stupid species if we can't learn from two years of experience. We probably wouldn't even deserve to survive Omicron," he said.

"Encouraging people to go to New Year's Eve festivities does not represent the pinnacle of health care advice."

NSW Premier Dominic Perrottet had pushed ahead with the state's reopening plans even after Omicron arrived, scrapping mask requirements and QR codes ahead of Christmas.

But he reversed course as daily case numbers climbed towards 6000, with indoor density limits returning on Boxing Day.

While most people working in ACT Health were "pretty happy" with the territory's response to COVID-19, Dr Calidicott warned against following the "pyromaniac tendencies" of NSW.

Prime Minister Scott Morrison has staunchly insisted Australia will not revert to lockdowns, urging states to hold their nerve over the festive period. Dr Caldicott said Omicron's spread had been "largely self-inflicted" in many jurisdictions, and was "almost entirely political" in origin.

He said reopening during the Christmas period - littered with mass gatherings while many staff were on holiday - contravened "the most basic" healthcare principles.

"Had this emerged outside of the Christmas period, we might have seen a very different response," he said.

"I think Christmas has factored into it, but it's Christmas with this very determined drive to open up come hell or high water."

The story Calls for isolation time to be slashed first appeared on The Canberra Times.