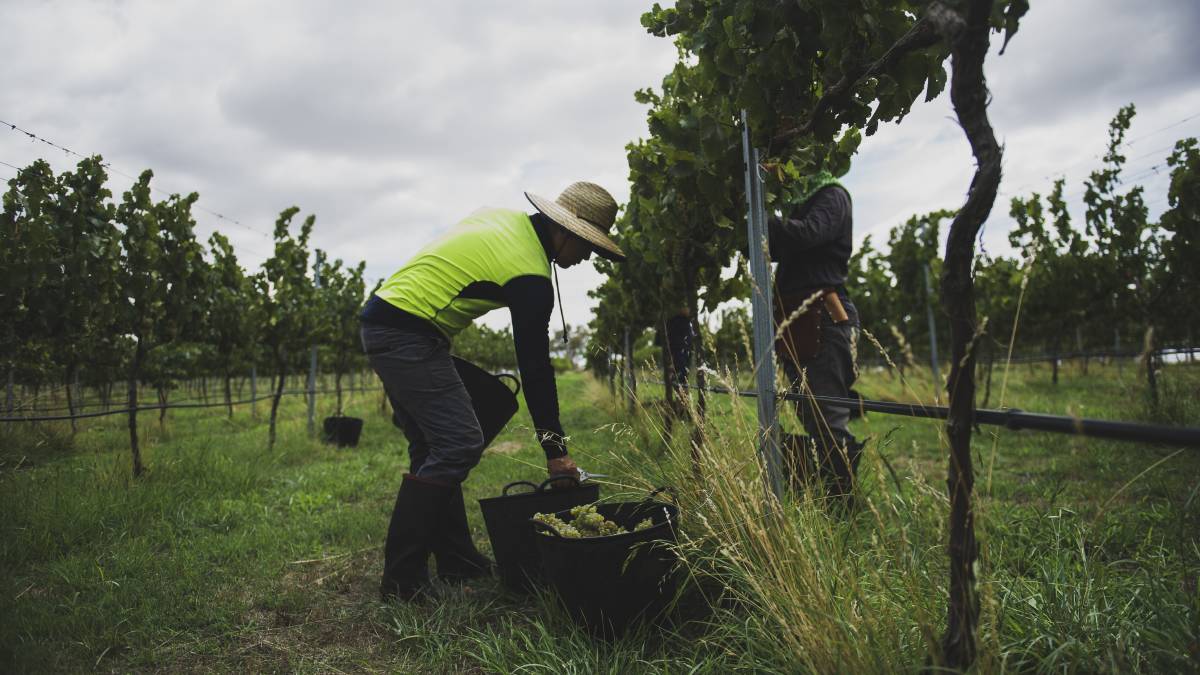 "The AWU has met with ambassadors and visitors, and contacted many embassies from Southeast Asia, encouraging them not to sign up to the agricultural visa because they believe that Australian farmers will exploit their citizens."

THE ag visa has hit a roadblock, with no countries signing onto the new work visa, which the government has blamed on scaremongering by the Australian Workers Union.

However, the AWU says it was simply doing what unions do - lobbying to protect the workers it represented and warning other countries about the history of foreign worker abuse within the industry.

The visa came into effect in October and at the time Agriculture Minister David Littleproud said the new visa holders would be on farms by Christmas and begin to ease the industry's chronic seasonal worker shortage.

But negotiations with the Southeast Asian countries the new program was targeting has stumbled. Mr Littleproud pointed the finger at the AWU for generalising and demonising Australian farmers to international representatives, which had muddied the waters.

"The AWU has met with ambassadors and visitors, and contacted many embassies from Southeast Asia, encouraging them not to sign up to the agricultural visa because they believe that Australian farmers will exploit their citizens," Mr Littleproud said.

"I don't know why the AWU hates Australia so much and hates farmers so much.

"You don't go and do that, and actively sabotage a program and actually remove any good will around our reputation as a good citizen globally."

Mr Littleproud acknowledged that within agriculture, like any industry, "there is always a small cohort that do the wrong thing".

The AWU confirmed it had spoken to ambassadors but did not reveal which countries it had been in contact with.

AWU national secretary Daniel Walton said the union had no desire to demonise agriculture, but it would not stay silent after numerous reports showed the industry was "addicted to worker exploitation and worker abuse".

"If your industry serves up a mountain of bad apples you have to be unethical, stupid, or both to ignore the need for systemic reform," Mr Walton said.

"We have spoken to ambassadors and we will continue to tell them - and anyone else who will listen - that the new ag visa is dangerous and will pave the way for even more exploitation.

"If the minister was being honest he would admit that the abuse we know about would be a tiny proportion of what's going on. Workers with poor English, and no local connections find it very hard to report mistreatment."

Mr Littleproud urged the AWU to be constructive, and encouraged the union representatives to go out and meet farmers to understand their needs, "rather than sitting in a high-rise in Melbourne".

However, Mr Walton said the union had sought meetings with Mr Littleproud to voice its concerns, however the minister had "shown no interest".

"If [Mr Littleproud] cared at all about the potential for migrant workers to be exploited and abused you'd think you would want to hear all perspectives instead of burying your head in the sand," Mr Walton said.

Mr Littleproud said the visa negotiations were being handled by Foreign Affairs Minister Marise Payne, who was committed to resolving the situation in January.