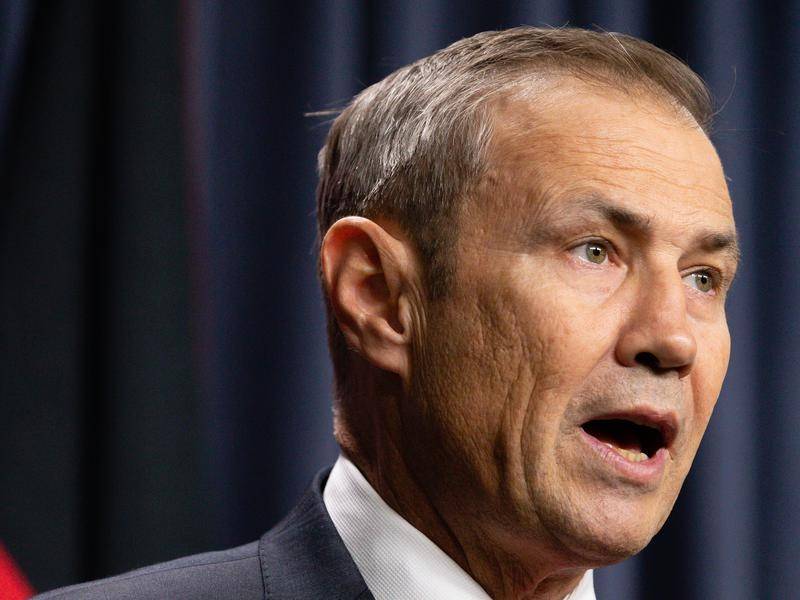 Minister Roger Cook says the COVID-19 infection of a WA quarantine guard is being investigated.

Three of the new infections are linked to a Delta outbreak in Perth that was triggered by an infected backpacker.

Three of the new infections are linked to a Delta outbreak in Perth that was triggered by an infected French backpacker.

That cluster has grown to 21 cases after the unvaccinated 25-year-old male index case travelled from Queensland in early December.

"An investigation is underway into this case," he said.

The infection was detected during a routine test and more exposure sites are expected.

The fifth local case is a close contact of an interstate arrival who was quarantined at a home.

Two of the three new backpacker-linked infections were infectious in the community and more exposure sites are expected to emerge.

One of the cases was announced late Tuesday with the Lucky Shag Waterfront Bar and Aviary Bar listed as exposure sites.

The Lucky Shag Waterfront Bar said the case was a staff member.

There were also 11 cases found among returned interstate and international travellers and air crew.

It comes as authorities confirm an infected quarantine-hotel security guard who tested positive on Sunday while working at the Pan Pacific has the Omicron variant.

"While this is serious, in encouraging news it does not appear that there has been any further spread," Mr Cook said.

Fifteen close contacts have been identified, with 14 testing negative and one test pending.

Investigations continue into how the infection happened.

Meanwhile, WA will on Saturday move Tasmania and the ACT from high-risk to extreme-risk classification under its COVID-19 border rules.

Travellers from the jurisdictions will not be permitted to enter WA except in extraordinary circumstances.

Commonwealth and state officials, members and parliament, diplomats and some people performing specialist roles will be exempt.

The change means all states and territories in Australia except the Northern Territory will be classified as 'extreme risk' areas as WA again seals itself off from the country.

Western Australians in the ACT and Tasmania have been advised to return home urgently.

WA is also set to lift its ban on the use of rapid antigen tests next week.

Mr Cook said more details would be provided in coming days with some members of the public likely to be give the tests free.

About 93 per cent of people in WA aged over 12 have received their first COVID-19 vaccination and more than 85 per cent are double dosed.