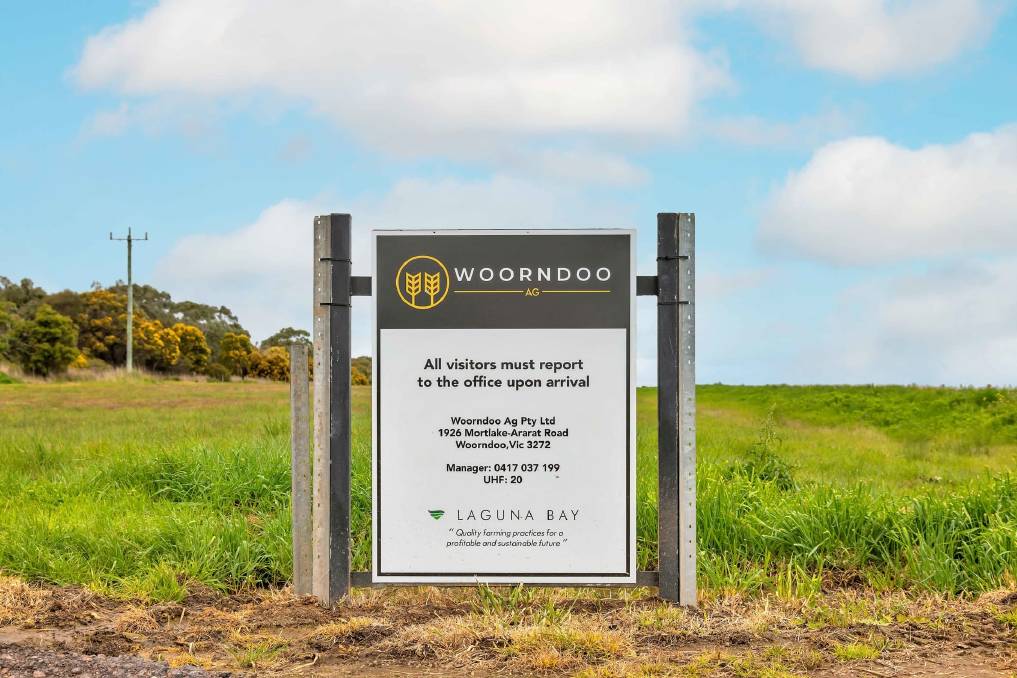 In a sign of the times, the $70 million Woorndoo agreggation in Victorias Western Districts has been split between two east coast farming families.

LAWD is also handling the sale of a prominent WA portfolio of 45,057ha, which is being sold by WA sheep and grain producer John Nicoletti.

THE $70 million Woorndoo aggregation in Victoria's Western District has been split between two farming families.

Comprised of three contiguous hubs within a 6 kilometre radius of each other, the 3353-hectare aggregation is not far from Lake Bolac.

LAWD agent Danny Thomas, who marketed the property late last year in conjunction with Elders agent Rob Rickard, confirmed no stock or water entitlements were included in the sale.

There had been more than 20 inspections, all from very serious parties, he said.

Rather than a joint proposal by the Shippen family and Mr Ross, the agents had been able to match the two buyers' needs and create a deal.

The southern portion will go to Ian and Camilla Shippen, from Moulamein, in southern New South Wales, who bought the neighbouring Mt Fyans grazing property in 2018.

Clinton Ross, a cropper whose family has a long history south of the Grampians, is purchasing the northern section.

The vendor is Laguna Bay Agricultural Fund I, an investment vehicle backed by the Washington State Investment Board.

The fund manager sold another historic property in the Western District in late 2020 and bought more than $50m worth of dairy farms in Tasmania's north west in 2018.

It was also involved in a deal which saw the Canadian Public Sector Pension Investment Board snap up almond orchards and water entitlements in northern Victoria in 2019.

Laguna Bay sold the 8200ha Banongill Station for about $80m last October to a consortium of local farming families.

Woorndoo was advertised as "a dryland cropping property suited to a range of intensive and broadacre agriculture pursuits including winter cereals, oilseeds and pulse crops".

LAWD is also handling the sale of a prominent WA portfolio of 45,057ha, which is being sold by WA sheep and grain producer John Nicoletti.

LAWD director Simon Wilkinson told Farm Weekly in December that the sale of the large, broadacre cropping and livestock landholding in the north eastern Wheatbelt and the heart of the Great Southern, was a strategic long-term decision by Mr Nicoletti.

He said Mr Nicoletti had built up the quality institutional-scale cropping and livestock enterprise in response to market demand.

Mr Wilkinson said the properties had been extensively developed and were utilitsed to produce high yielding crops, with complementary grazing of Merino sheep.

The portfolio is also being sold through an expressions of interest process, with Mr Nicoletti prepared to consider all options, from outright purchase to selling parcels of land to local farmers or farming family syndicates.

Mr Wilkinson said the value of the properties would be influenced by the limited offering of large landholdings in WA's grain production areas and given the significant rises in farmland demand and values over the past few years.

"The market value that was relevant 12 months ago, wasn't relevant six months ago and isn't relevant today because the market is demanding agricultural assets when it is possibly at its lowest supply in history,'' Mr Wilkinson said.

"That is why we are going out to the market via expressions of interest.

"All the options are on the table, so if it gets broken up to locals John is only too happy to look at that.

"Likewise, if one potential buyer comes in and wants to look at the whole lot, we will consider that.

"John is open to all options."