The AW Howard Memorial Trust Program, which fosters and supports pasture research throughout Australia, has awarded fellowships and scholarships to five recipients who will undertake studies to help improve pasture-based livestock production systems. 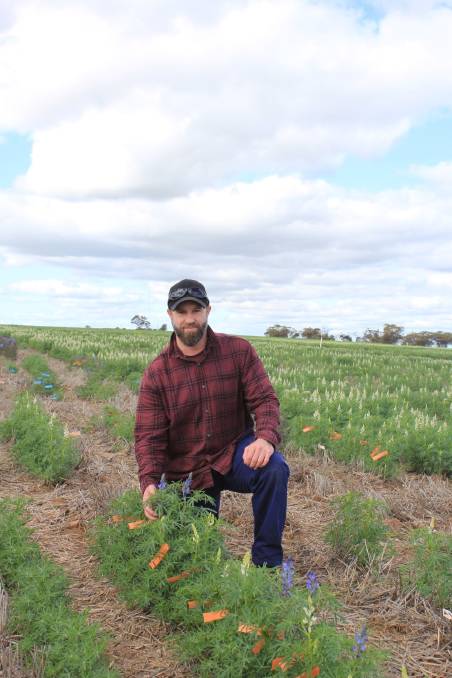 PASTURE-related research and development in Australia has been further bolstered, thanks to a grants program which has just announced another cohort of recipients.

The AW Howard Memorial Trust Program, which fosters and supports pasture research throughout Australia, has awarded fellowships and scholarships to five recipients who will undertake studies to help improve pasture-based livestock production systems.

One of the recipients is Julian van der Zanden from The University of Western Australia (UWA), who has been awarded an AW Howard Memorial Trust Post-Graduate Research Fellowship for breeding sub-clover for greater livestock benefit.

"At the correct concentration range, these compounds can improve the health of grazing ruminants.

"The knowledge generated may also be extended to other pasture legumes."

The research fellowships, provided in the form of top-up postgraduate stipends of $10,000 per year for up to 3.5 years, are for Australian postgraduate students or those holding similar awards.

Each of the following recipients receives a stipend of $5000 and operating expenses of $3000:

Another scholarship offered by the AW Howard Memorial Trust is the Tim Healey Memorial Scholarship, providing recipients with a $10,000 annual postgraduate stipend top-up for up to 3.5 years for holders of research training program awards or equivalent for research in a field that benefits the future of Australian farming.

The Memorial Scholarship was established by the Co-operative Research Centre for Future Farm Industries in recognition of a former board member, Tim Healey, who had broad interests encompassing agriculture, arts, architecture and travel.

The trust has just awarded two of these scholarships - one was presented to Jessica Wyse, from Charles Sturt University, who will study the characterisation of coumestans in lucerne and their effect on fertility in beef cattle.

The other has been awarded to Manish Sharma, UWA, whose study will analyse the agricultural potential of struvite as a sustainable phosphorus fertiliser.

Trust chairman Peter Appleford congratulated the successful applicants and encouraged other students and researchers to consider applying for the next round of awards which open on February 1.

"The trust's program is unique in its focus on pasture-related research and development," Dr Appleford said.

"Twice a year, the trust seeks applications from the research and academic community for its various awards, grants, scholarships and fellowships.

"These awards encourage and promote research and investigation in the fields of natural science and social science which relate to the development, management and use of pastures."

The not-for-profit AW Howard Memorial Trust, which commemorates the contribution of Amos William Howard to the adoption and use of subterranean clover as a pasture plant in Australia, has awarded more than 400 grants of various descriptions since it was established in 1964 by the then Australian Institute of Agricultural Science (now Ag Institute Australia) through donations from benefactors.

The trust is managed by a committee drawn from Ag Institute Australia, The Australian Agricultural and Resource Economics Society, the University of Adelaide, the South Australian Research and Development Institute, which is a division of the SA Department of Primary Industries and Regions and scientists experienced in crops and pastures including tropical pastures.