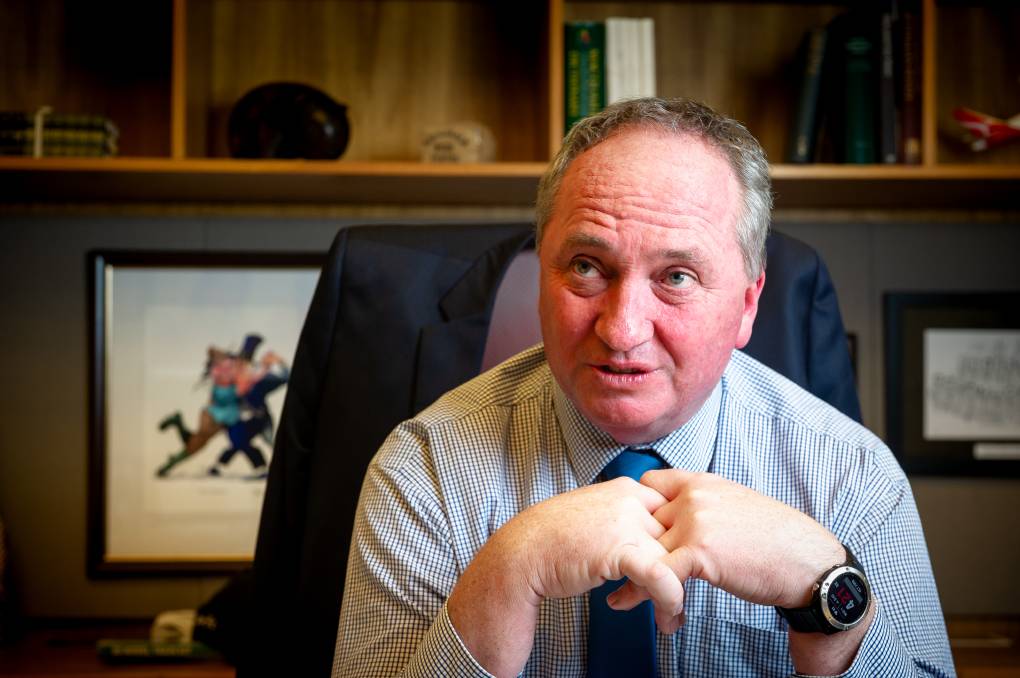 CHALLENGE: Barnaby Joyce says the China-Australian relationship will take all the deftness of the Australian government to manage. Photo: Elesa Kurtz

Of all the challenges Australia is likely to face in 2022, the delicate relationship with China is the one that keeps Deputy Prime Minister Barnaby Joyce up at night.

OF ALL the challenges Australia is likely to face in 2022, the delicate relationship with China is the one that keeps Deputy Prime Minister Barnaby Joyce up at night

The relationship between the two nations has plunged to an all time low over the past two years.

Politicians and industries are prepared for China to respond to the slightest provocation with economic sanctions, while Chinese ministers have refused to answer the calls of their Australia counterparts.

"The dynamics of the world we live in is changing, and the pre-eminence of power will come from China," Mr Joyce said.

Australian politicians had to grapple with the fact China is a "totalitarian regime, it's not a democracy".

"How we make sure we keep Australia safe is extra complex because they're our major trading partner," Mr Joyce said.

"That is going to be something that takes all your hopes and prayers, capacities and deftness to be able to manage."

The nation's decentralisation is also at the forefront of the Nationals leader's mind in 2022.

Data taken from the first quarter of 2021 showed a 200 per cent increase in net migration to the regions, which is a trend the Deputy Prime Minister wants to capitalise on.

Mr Joyce said within his hometown of Tamworth, the largest city in his New England electorate, one in four homes were sold to Sydneysiders.

"People are transitioning into the regions, for a long time this was just a dream, but now it's happening," Mr Joyce said.

"This is where Australia is going. They're decentralising now because of the housing costs in city markets."

But to ensure the tree-change trend is not just a flash in the pan, the Infrastructure Minister said the migration boom had to be supported with infrastructure investment in road, rail, aviation and water.

However, Mr Joyce expressed frustration at the pace of big-ticket regional projects, such as Dungowan Dam and the Inland Rail, laying the blame at state government bureaucracy.

"Dungowan Dam has had one-thousand-and-one inquiries - there is no point delivering all this funding if they won't build it ," he said.

"It's the same with the Inland Rail. The Queensland government wants another inquiry into environmental issues for the Toowoomba section.

"Nothing will ever be achieved unless these projects move from inquiries to bulldozers on the ground."

Working with the state governments to see through those projects was a "big goal of 2022", Mr Joyce said, along with finishing sealing the third east-west road across Australia.

The story China relations will need 'hopes and prayers' of all politicians: Joyce first appeared on Farm Online.