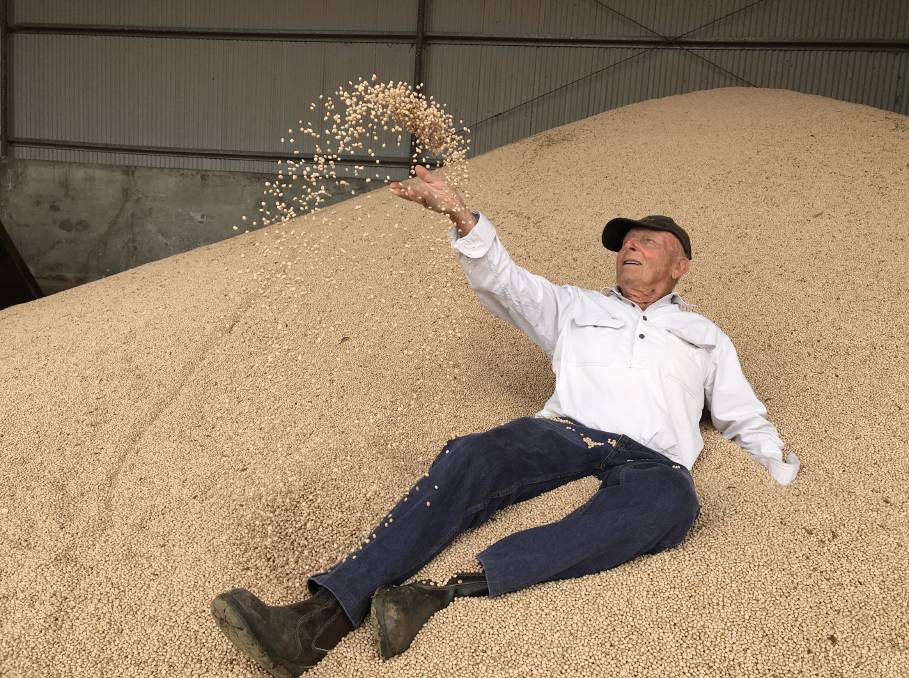 Esperance farmer Nils Blumann has been growing lupins for over 40 years. Photos by Mark Seymour.

Lupins are uniquely well suited to deep, acid sandy soils, which are common across the grain growing region, particularly from east of Esperance all the way through to west of Albany.

HAVING grown lupins for more than 40 years, it's safe to say that Esperance farmer Nils Blumann is an expert at growing the legume crop and with yields that have reached six tonnes per hectare, the statistics would agree.

Western Australian growers are the world's largest producers and exporters of lupins and while production has declined since its peak in the late 1990s, the Grain Industry Association of WA (GIWA) estimated that 730,000 tonnes of lupins would be harvested during the 2021/22 season.

Mr Blumann said while lupins were a profitable crop for him, their most useful attribute was as a break crop.

"Over the years, lupins have been surpassed by canola as the main break crop in WA," Mr Blumann said.

"However, canola doesn't have the advantages that lupins do when it comes to fixing nitrogen from the atmosphere into the soil and breaking through disease cycles in cropping systems."

Over his four decades of planting the legume, Mr Blumann has learned the two key factors that it takes to grow the almost perfect lupin crop - soil type and variety choice.

Lupins are uniquely well suited to deep, acid sandy soils, which are common across the grain growing region, particularly from east of Esperance all the way through to west of Albany.

They do best on sandy textured soils with a pH of 4.5-7 and good depth.

It's important to avoid saline soils, those subject to waterlogging, alkaline and shallow duplex soils and select paddocks with a relatively low weed burden.

Mr Blumann said he is very selective about where he seeds his lupins.

"I have relatively small paddocks so I'm able to pick the best part of the paddock possible, whereas other people might have much larger paddocks and they put the whole 200 hectares in, but only 120ha is great for lupins," he said.

"It would be good to be able to improve their adaptation to a range of soil types, through breeding, to make them more like a canola plant that can handle a lot of different soils."

Lupins are also incredibly susceptible to waterlogging, so seeding them on undulating country or areas that are well-drained is crucial.

Some diseases can badly damage a lupin crop, such as brown spot and phomopsis stem blight, however the disease of most concern in WA is bean yellow mosaic virus (BYMV).

It is found predominantly in high rainfall Wheatbelt zones, such as the Esperance area where Mr Blumann farms.

With that in mind, variety choice is absolutely essential and Mr Blumann recommends choosing something that is high yielding, metribuzin tolerant and resistant to BYMV. 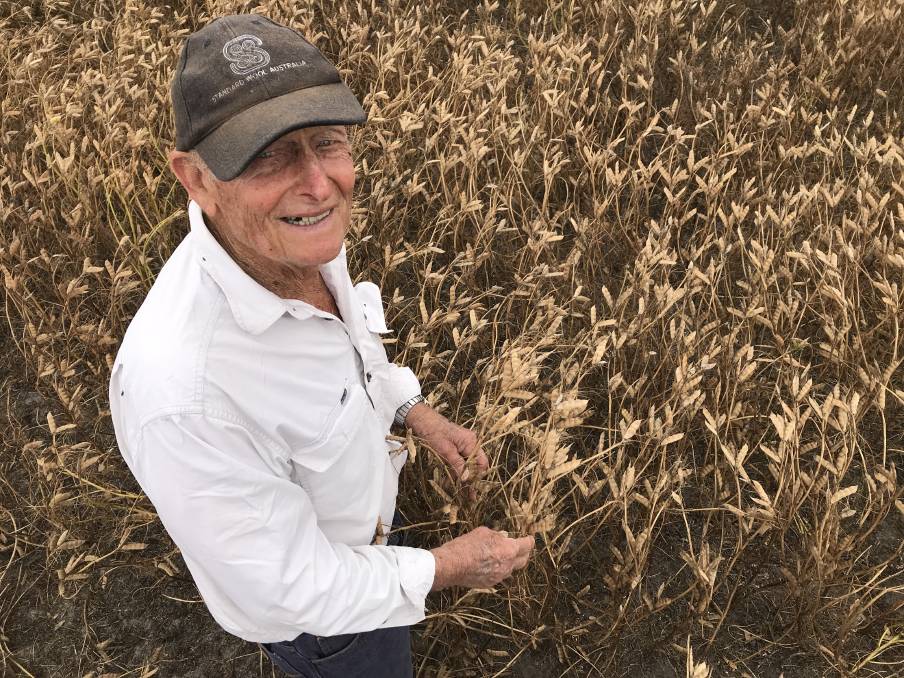 This year, Mr Blumann's lupins averaged over four tonnes a hectare and in the past have reached as high at 6t/ha.

In 2020, he did an onfarm trial to compare PBA Jurien, the most common lupin variety grown in WA, against PBA Bateman, a variety from the Eastern States which National Variety Trial data has shown has significant yield and virus resistance improvements over existing varieties.

He seeded 20ha of each variety into the same paddock with the same soil type to make sure there was as little variability as possible.

"The trial found that even though Jurien and Bateman had different growth habits, they both yielded the same, however what was most impressive to us was that Bateman had less BYMV," Mr Blumann said.

"As a result of that we bulked up on Bateman and it was the only variety we grew this season with a total of 300ha averaging more than 4t/ha.

"In saying that, different areas are suited to different varieties and I'm not an expert in that, so other growers should check the DPIRD (Department of Primary Industries and Regional Development) sowing guide before making any decisions."

While the new varieties being released are showing significant improvements, Mr Blumann would like to see more work done to breed varieties with better BYMV resistance.

That is something that researchers from the Western Crop Genetics Alliance, a partnership between DPIRD and Murdoch University, are working on after the publication of a detailed encyclopaedia for narrow-leafed lupin genetic analysis.

"Some of these variations are potentially associated with desirable traits, such as yield, disease tolerance or drought resilience, which will provide valuable information to design a genomic breeding and selection strategy," Dr Li said.

"With the use of the reference genome, the genetic bottleneck data and new technology, such as gene editing, plant breeders will have the information and tools to develop new species of high quality lupins directly from wild lines."