It was the Euro breeds and the Herefords that enjoyed their time in the sun at the independent agents weaner sale at Hamilton on Wednesday. 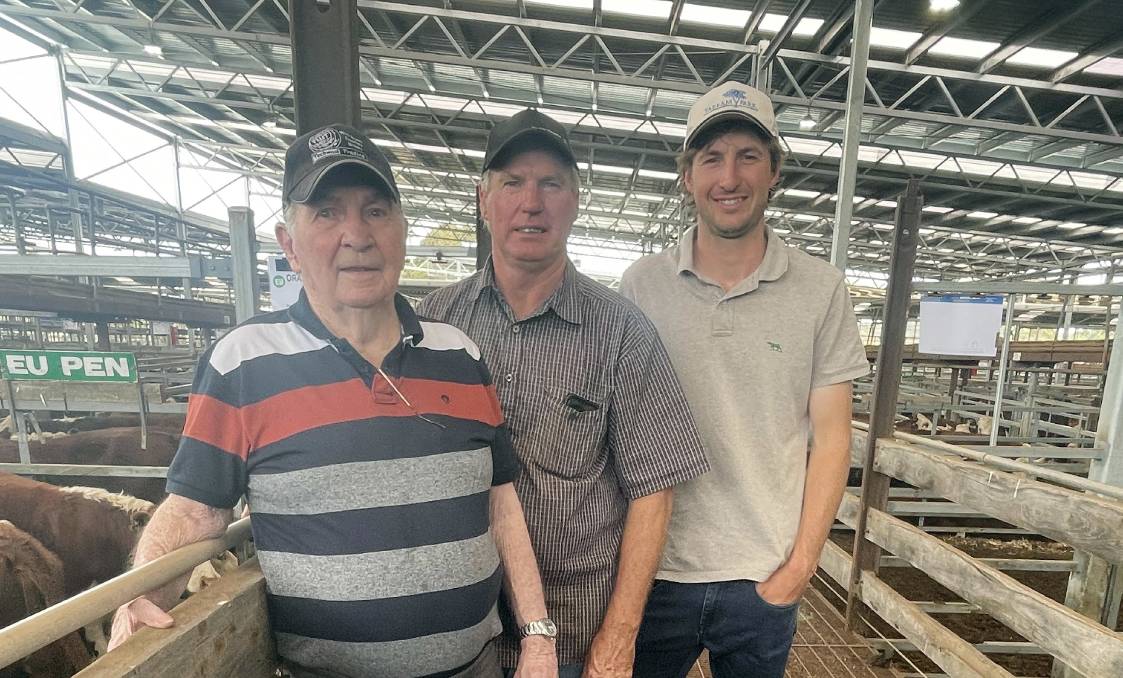 +6
3000 head were yarded at the independent agents-run sale.

THE SUCCESS stories at this year's Hamilton weaner sales continue, with a mixed sex sale of just over 3000 head of Hereford and Euro lines continuing to sell at record levels.

Some of the feature lines of heavier Hereford steers at the independent agents-hosted sale made over $2500 a head, with pens of 400kg plus cattle making in excess of 600c/kg, up to 660c /kg.

But it was not just the red and whites in demand.

"Good quality Limousin cattle are very hard to find so that was a bit of a highlight," he said.

The Limos were not the only Euro breed to attract attention.

"We're very pleased with the results across the board," Mr Emerson said.

"There is a lot of demand for cattle out there at the moment," Mr Emerson said.

"There was more of a premium for the EU cattle, more than what we saw for the Angus lines earlier in the week, especially those heavier EU-accredited lines," he said.

Similar to the opening two days of the sale, Mr Douglas said there was strong buyer demand from NSW and Queensland.

"Those buyers have been strong for all the sales and it continued," he said.

"If they didn't buy the pens they were bidding on they were the losing bidder, so they have really helped boost the results."

Mr Douglas said around 70-80pc of the cattle sold on Wednesday went north, slightly down on the results of previous sales this week at Hamilton and Casterton.

He said Gippsland buyers were present and active, while the sale was also notable for South Australian interest.

"We had a little bit more competition from South Australia, especially on the Euro heifer side, where they will look to use them in their breeding programs," he said.

He said feature lines were chased hard by buyers, in particular the stud stock industry.

"Those pens that had a bit of bloodline behind them were chased by the studs," he said.

Long-time seller at Hamilton Paul Malseed 'Orana Partnership', Breakaway Creek, near Condah, south-west of Hamilton, said it was comfortably the best results he had seen.

"We've come year in year out and there's plenty of years it hasn't been this good, so we're going to enjoy it while we can," Mr Malseed said.

But it was the strength in the latter pens that impressed Mr Malseed.

"The sale was very strong right through, it was not just the first pen where it was strong they were still chasing cattle hard right through," he said.

The family had a number of pens in, all which sold well, including two early pens of 381 and 331kg Hereford steers which made 600 and 652c/kg respectively.

"It's a great result, now we will get the heifers ready for tomorrow (the final day of the Hamilton weaner sales)," Robin Rundell said.