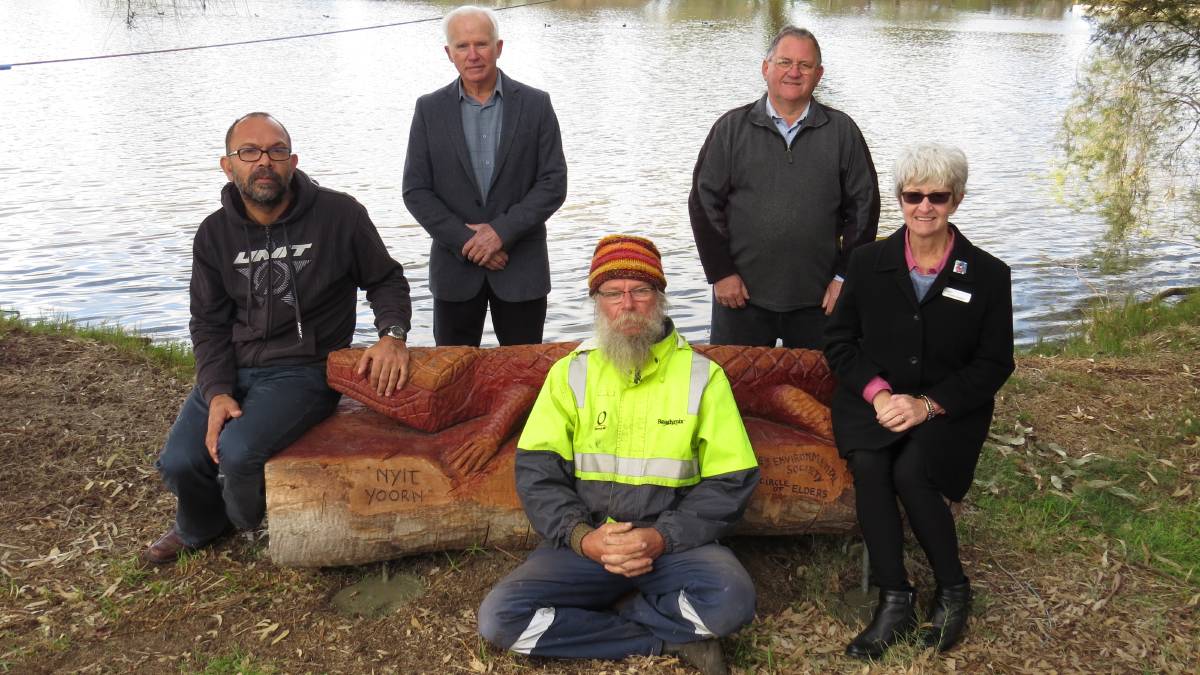 It is underneath the swinging bridge, close to the Avon River on Broome Terrace.

“I wanted the piece in its natural habitat,” Kerkmeer said.

“I am very happy with this creation to be honest.”

Carved out of river gum, Little Bobby weighs between 350-400 kilograms and has been concreted into the ground.

Kerkmeer described his creative decisions in making the piece, opting for a closed mouth for a friendly vibe.

Slits were also made in the wood at certain locations for improved water run-off.

“It took between three to four weeks to complete,” Kerkmeer said.

Work on the project was undertaken at Avon Fibretech.

Little Bobby has been donated by the Avon Valley Environmental Society.

Engraved on the front of the sculpture is ‘Nyit Yoorn’, which translates into little bobtail.

The project had been approved by the Maali Circle of Elders.

Ward praised the creativity of the design.

“And what a great place for it to sit,” he said.

There is a possibility further sculptures could be placed along the Avon River.

The story Little Bobby near river first appeared on The Avon Valley Advocate.