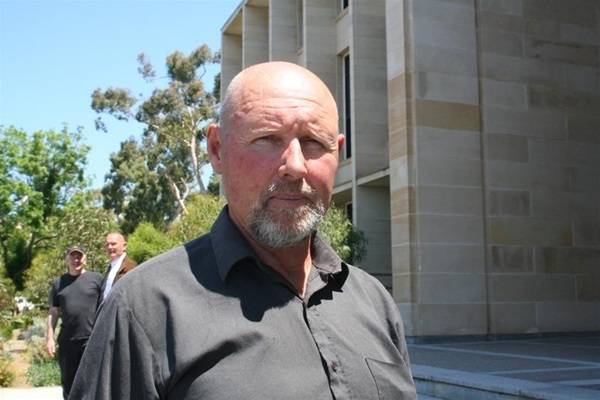 Maxwell Szulc after the funeral for property rights, following his release from prison.

MUNGLINUP farmer Maxwell Szulc was released from prison on Monday after serving three months for contempt of court.

MUNGLINUP farmer Maxwell Szulc was released from prison on Monday after serving three months for contempt of court.

Mr Szulc was jailed after he ignored repeated warnings from the Department of Environment and Conservation (DEC) regarding the clearing of native vegetation from his 930 hectare property near Esperance.

Although he had cleared a total of 345ha of native vegetation, it was the 40ha Mr Szulc cleared after he was issued with a vegetation conservation notice that landed him in jail.

After his release from Wooroloo prison, Mr Szulc joined supporters at a funeral for private property rights on the steps of Parliament House.

* Click the image below to be taken to our photos from the event. 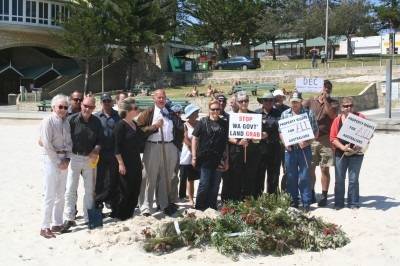 +14
Farmers in WA held an unusual "funeral" for property rights.

The funeral was organised by Janet and Matt Thompson, Narrogin, to draw attention to what they believe is the erosion of property rights across a range of areas, including native vegetation clearing.

Mr Szulc was welcomed by the crowd of supporters, including NSW farmer Peter Spencer, who spent 52 days up a tower without food last year to draw attention to property rights.

Mr Szulc said the crowd of supporters showed that there was interest in his case, particularly from people who had been burnt themselves in their dealings with the DEC and others.

"This is the beginning of potential change," he said.

"It's not going to be very hard at all for the Premier to make that change.

Mr Szulc said it was okay for the Premier to control crown land under his jurisdiction, but privately owned native vegetation should belong to the people who owned the land.

In order to avoid the same situation of getting jailed again, Mr Szulc said he would be preparing and filing an application to the Supreme Court to have the injunction for his breach of the court order amended or quashed.

"I've got lovely people helping me to get the legal documents done, to get it filed, and see when they can actually give me a hearing date," he said.

"It might not happen before Christmas, but at least it's something in the pipeline to deal with."

He also had to prepare for a hearing in February regarding the primary charge of unlawful clearing.

Mr Szulc said he felt relieved to be out of jail.

"I've got issues with the farm and need to get back and do the firebreaks as soon as possible," he said.

"I've got lots of stuff to deal with and need to prepare for harvesting."

Mr Szulc said he had great neighbours who had been invaluable in handling things on the farm.

"That's one of the beauties of living in the country; whatever's happened, we'll deal with it when I get back there," he said.

Mr Szulc said prison was okay and he found the atmosphere at minimum security Wooroloo prison a lot better than the maximum security Hakea prison, where he spent the first three weeks.