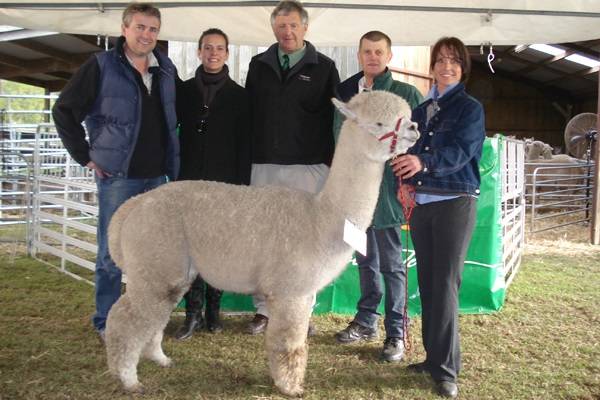 A MALE alpaca from Victoria's Windsong Valley stud has been sold for a new Australian price record of $150,000.

A MALE alpaca from Victoria's Windsong Valley stud has been sold for a new Australian price record of $150,000.

The dispersal of the originally WA-based stud, now located near Ballarat, grossed more than $800,000 for 137 mixed sex alpacas.