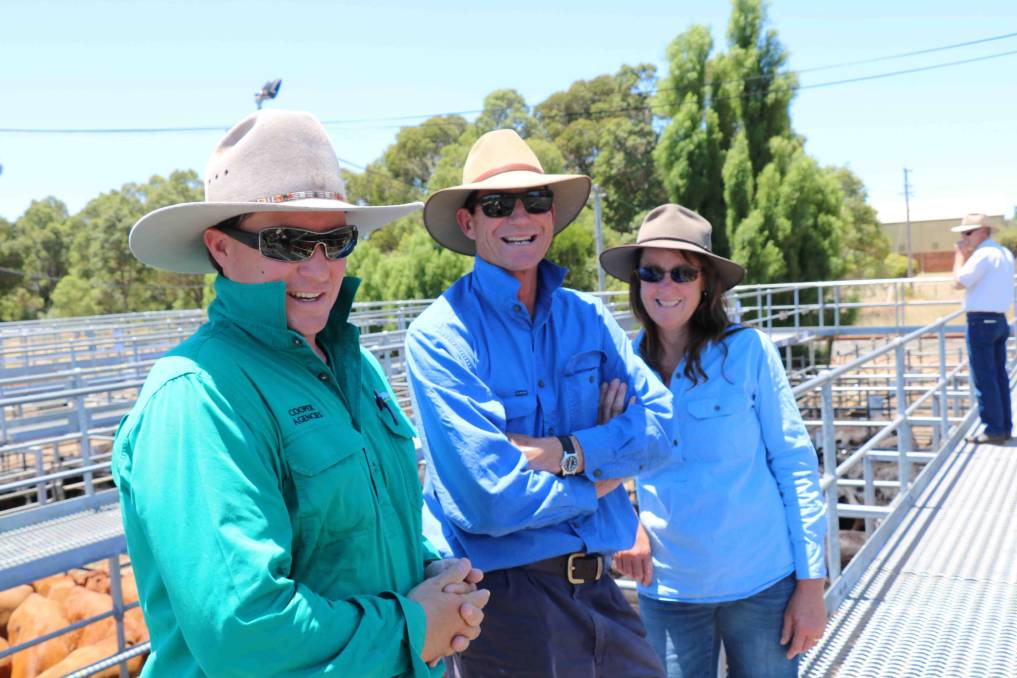 LANDMARK presented another outstanding yarding of beef cattle when it offered nearly 700 weaned weaners of excellent weights and quality in a weaned weaner sale at Boyanup last week.

LANDMARK presented another outstanding yarding of beef cattle when it offered nearly 700 weaned weaners of excellent weights and quality in a weaned weaner sale at Boyanup last week.

Strong competition from lotfeeders saw pre-Christmas rates maintained and even slightly bettered, with agents and graziers mopping up the balance.

Steer calves sold to $1474 for heavyweights while lighter weights reached 404 cents per kilogram.

This sale did have a slight weight advantage of about 15kg a head average over both sexes.

The comparable overall average for the sale was $1223 compared to $1195 at the last sale last year, giving confidence to cattlemen of continuing profitability.

Larry Miaolo, Donnybrook, bought the top-priced pen of the day when paying $1474 for eight Angus sold by W & LM Holland with the 460kg calves selling at 320c/kg.

A second run of the Muir family's calves sold to $1277, to RA Rogers, while several lines of Fawcett weaners reached $1216.

Lanark Piggery sold six Angus weighing 421kg for $1305 to HBF early in the sale, then later sold a single Murray Grey for $1245.

The higher prices paid for lighter calves were 400c/kg for 12 weighing 284kg in the Fawcett offering bought by Mr Abbs, and the top of 404c/kg was achieved by two Red Angus averaging 257c/kg from R & N Parker that were purchased by Errol Gardiner, Landmark Brunswick.

Lesser numbers of heifers were penned and it was a line of 10 Angus heifers weighing 396kg from W & LM Holland, which topped at $1418 when Mr Armstrong bid to 358c/kg.

The next 10 of the Holland heifers weighed 347kg and were bought by Mr Gardiner for the top of 362c/kg, costing a Roelands clients, $1257.

The best of the Charolais cross heifers from R & M Dellasale went to RA Rogers for $1240.