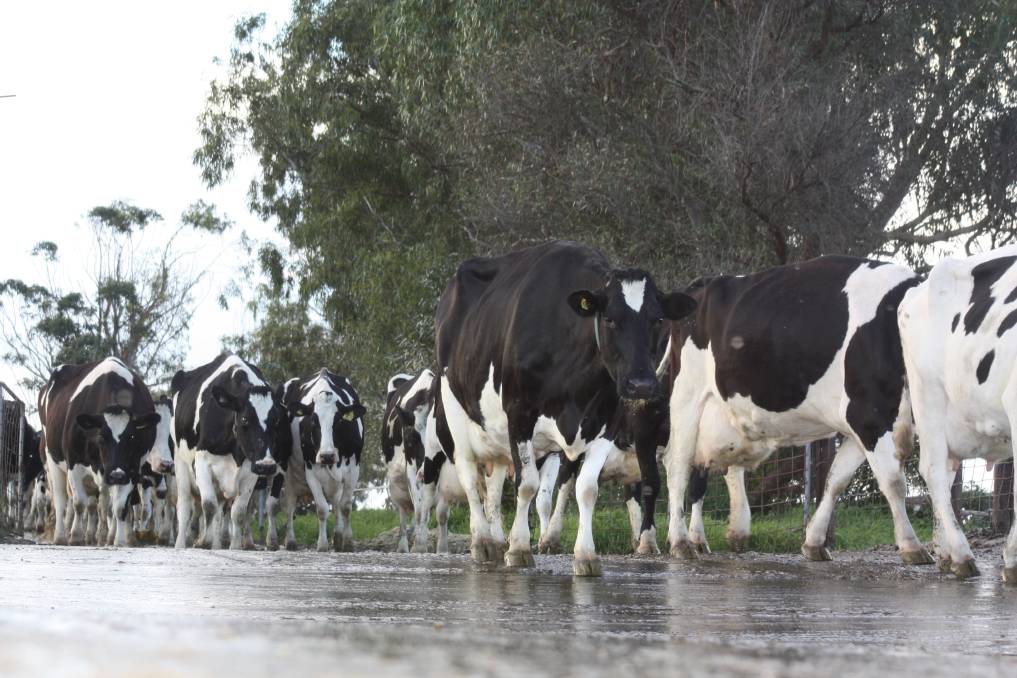 Parmalat is hoping to meet with its WA dairy farmer suppliers this month to discuss new contracts from October which will put the brakes on milk production increases signalled in existing contracts.

HARVEY Fresh owner Parmalat is planning a series of meetings this month with its WA dairy farmer suppliers to discuss new contracts from October.

HARVEY Fresh owner Parmalat is planning a series of meetings this month with its WA dairy farmer suppliers to discuss new contracts from October.

It is understood Parmalat is also seeking a variation to existing contracts which would relieve it of having to pay final growth incentive payments for May.

The company also wants to discuss a cost-sharing proposal which could see farmers contributing to the cost of trucking surplus WA milk interstate.

Last spring, when it was receiving more milk than it needed, Parmalat at its own cost, began trucking milk 80,000-100,000 litres at a time in triple road train tankers, 4200 kilometres from the Harvey Fresh factory to a Parmalat bottling plant in Darwin.

The moves are believed to have cost the company at least $1 million.

Most of Parmalat’s current standard contracts with its 64 suppliers are due to end in October.

The three-year contracts, paying up to 52 cents a litre plus growth incentive payments for times of the year when seasonal conditions usually cause milk production volumes to reduce, were presented to farmers in 2014 after Parmalat purchased Harvey Fresh.

The contracts were aimed at securing supply because Harvey Fresh at the time was processing high-volume, low-margin private brand $1-a-litre milk for Coles supermarkets.

However since the Parmalat takeover, Coles has shifted its private brand processing from Harvey Fresh to Lion Dairy & Drinks for a lower price, but only three suppliers transferred over to Lion, leaving Harvey Fresh with a contracted supply of more milk than it needs.

Plans to expand exports to soak up the surplus milk were thwarted last year by the European Union dumping of dairy products on Asian markets due to trade restrictions with Russia.

Parmalat has honoured its three-year contracts but is understood to be keen to renegotiate with farmers.

It is understood Parmalat wants to return to 12-month supply contracts.

It is also understood Parmalat wants to send a signal to all of its contracted suppliers to ease back on production.

At this stage, its contracted supply base includes three dairy farmers on temporary contracts which end in June.

The planned contract negotiation meetings may be a way for the three to remain in the industry by continuing to supply Parmalat into the future beyond June.

Dairy industry sources have said Parmalat has intimated that all of its current supply base could be retained if a majority of suppliers agree to its proposals for a variation and new contract terms and supply volumes.

The future of the three suppliers with early ending contracts is another reason Parmalat is understood to be keen to complete negotiations this month.

The three, and another two who have since left the industry, had not taken up the Parmalat contract and remained on their existing Harvey Fresh contracts.

They were told last June that Parmalat would not collect their milk after January 7, but in December were offered temporary January-June contracts.

A dairy industry source, who did not want to be named, said Parmalat’s plan to “spread the pain” so that everybody bore a share rather than just three of its dairy farmer suppliers, would be a test of the WA dairy industry’s resolve.

“As dairy farmers do we just look out for ourselves or do we show a bit of the ANZAC spirit, which would be appropriate at this time of the year, and all work together to look after our mates?” he said.

WAFarmers dairy section president Michael Partridge said the Parmalat meetings with its supply base offered “some hope” to the three farmers due to be dropped in June.

It also proposed an end to “bad market signals” being sent to the supply base via existing three-year contracts, Mr Partridge said.