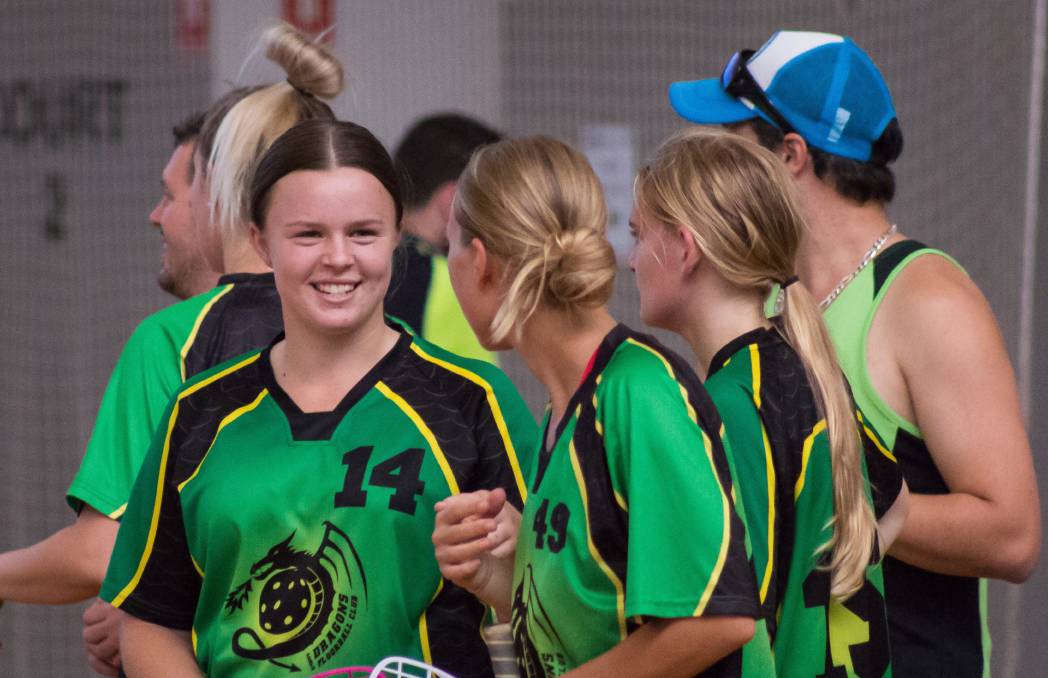 Champ: Molly Dickson was selected to represent her country as a part of the U/19 Australian Floorball Team to compete at the World Championships in Switzerland in May. Photo: Geoff Dickson.

Fifteen-year-old Molly Dickson will be travelling to Switzerland in May to represent Australia in the U/19 Australian Floorball Team at the World Championships.

For some, representing your country on the word stage is a dream come true.

For 15-year-old Molly Dickson this has become reality at a young age with the Northam local being selected to represent her country as a part of the U/19 Australian Floorball Team to compete at the World Championships in Switzerland in May.

Molly is one of the youngest members to be named on the squad and said she wasn’t even sure that she would make the cut.

“In the beginning I thought there was no chance,” Molly said.

“I thought because I was at the younger end of the team, I doubted I would get in.”

Molly’s mother Jo said the whole family are ecstatic about the opportunity Molly has been given.

“It was stressful week,” Jo said.

Molly will make a two-week trip that includes one week in Helsinki to join a training camp prior to the world championships and a week of competition in Herisau, Switzerland.

She will leave for the Nationals on April 22.

Molly explains floorball as a mix of indoor hockey and ice hockey.

“It’s fast, furious and you have to be fit,” she said.

“Five players are on the court at any one time but given the level of intensity, you have about 10-15 people in your team, rotating every couple of minutes.”

Molly has grown up playing a variety of sport and said floorball has fast become her favourite.

“When I was younger my focus was always netball but as I’ve grown up I’ve sort of grown out of love,” she said.

“I picked up cricket a few years ago and I wanted to take that further but it didn’t go to plan.

“I started to play floorball and as I got more into it and got these opportunities I think floorball has become my favourite.”

She said the lack of floorball within Australia could possibly hinder her professional endeavours in the future.

“I think right now floorball is more of a hobby but I do want to try and go down that track of making it professionally,” Molly said.

Molly said there is no state or national sports funding for athletes who get the chance to represent Australia unless you go to the Olympics so she has set up a fundraising page on the Australian Sports Foundation website where tax deductible donations can be made to help fund her trip.

Molly said she is most looking forward to running out with her team wearing the gersey for her country.

“To be able to wear the coat of arms and sing the national anthem and knowing you’re doing it for your country,” she said.

Her mum Jo said Molly’s achievement would not have been possible without the support of local teachers who have invested into her abilities.

“We just really want to say thank you to the phys-ed department at Northam Senior High, particularly Leith Woods who was the goal keeper for the Australian women’s team in December,” Jo said.

“She has been a mentor, friend and also a coach to Molly.

“She has just helped immensely and is an asset to our town.”