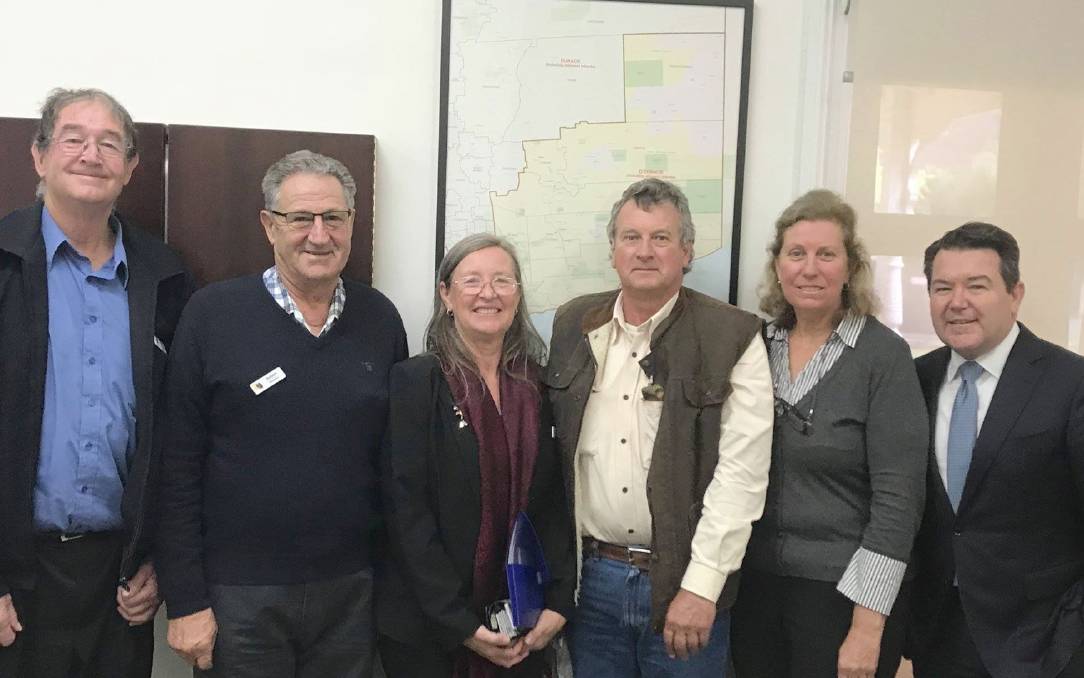 THERE’s more at stake with the banning of live sheep exports than what politicians and city dwellers think, according to the WA Grains Group (WAGG).

THERE’s more at stake with the banning of live sheep exports than what politicians and city dwellers think, according to the WA Grains Group (WAGG).

WAGG, which represents more than 100 farmers with a range of operations, has been actively defending the live sheep trade, saying the ramifications of a ban on the trade would be devastating to WA producers – whether they run sheep or not.

The group wants WA politicians to have more input in the media debate about live exports and to back the agricultural industry rather than “sitting on the fence”.

WAGG met with WA Liberal senator Dean Smith last week in Perth and discussed the flow-on effects of stopping the trade, including the possibility of lost grain markets for producers.Spokesman for the group, WAGG committee member and Yealering/Waroona mixed farmer Peter Stacey, said the meeting with Mr Smith was “surprisingly productive”.

He said the group was able to highlight the ramifications of any change to the industry.

“If there is no live trade, then there is not going to be a sheep industry,” Mr Stacey said.

“The live export trade also supports the domestic price, this is what WA growers need.

“Growers need to make money not only from progeny, but from the ewe as well.”

The group explained the flow on effect of bans to the live export trade from personal experience.

“When the live cattle trade was stopped, the live sheep trade stopped for a short time as well, a farmer that had purchased grain could not pay for it because his sheep did not sell,” Mr Stacey said.

“He went broke and his farm was sold – he was only one of a large number of farmers that were affected.” Mr Stacey said he discussed “how events pan out in the ‘real world’ when it comes to export of live sheep or cattle from WA farmers”.

“This autumn on our property we had 1200 lambs in the feedlot,” he said.

“The local processor, in this case WAMMCO (Western Australian Meat Marketing Co-operative Limited), gets their pick of the lambs first and on this occasion they took 638 head.

“Next we deal with the live exporter, who will hopefully take the balance of the lambs.

“We try to sell the total of all of the lambs in the feedlot now, when it’s the optimum range in terms of age and condition.

“If the exporters don’t take the balance to suit their customers, then what’s left will probably go to the sale at Katanning, for other producers or butchers to buy.”

He said WAGG disagreed with the statement that processors could handle the extra sheep and cattle if there was no live export.

“This is not correct and the processors can’t get enough workers in the abattoirs,” Mr Stacey said.

“The processors want the live trade to end as this will drop the market price of sheep.

“However, growers know that would be the beginning of the end of the sheep and cattle industry, processors will have no competition.

“Farmers need competition to support prices for our product and live export provides a floor in the market.”WAGG believes that the lack of recognition of Australia’s high animal welfare standards, as the fourth largest exporter of live sheep in the world, was another frustration for WA farmers.

Mr Stacey said Eastern States politicians did not understand the WA system and the consequences to all agricultural industry businesses and exports.

“This is always a problem when there is an export-based State compared to a domestic-based State,” Mr Stacey said.

“We also supply these countries with grain and hay, so why is the government upsetting our customers and putting uncertainty in the minds of potential customers with this live export ban talk?“

Farmers work on such fine margins with all livestock and grain industries.

“Eighty to 90 per cent of WA produce is exported and this earns big dollars for the whole of Australia.

“The east coast politicians and public should be supporting us, not banning us from doing what we do best.”

Mr Stacey said that Federal Liberal MP Sussan Ley had contradicted the belief that she presented in her maiden speech, where she wanted small businesses to be “supported by policies which allow them to thrive and grow and employ our next generation of Australians”.

“I believe in free markets and in competition,” Ms Ley said.

“People are having substantial input into this live export trade that have no vested interest,” he said.

“There is a cumulative effect of the live sheep debate that is undermining confidence and certainty – it all starts to compound.

“Farmers are being demonised for issues out of their control and a lack of confidence and uncertainty creates a real competitive threat to our industry.”

Mr Stacey said that he believed the issue with the live export of sheep and cattle was a management issue that exporters needed to get under control.

Mr Smith said he was a “strong and public supporter of WA’s live export trade”.

He said defending the live export trade for WA farmers was as important as standing up for GST reform.

“I do not believe there is a systemic issue with the WA live sheep export trade, but there is always room for improvements,” Mr Smith said.

“For me, the evidence is clear – the performance of the WA live export trade has been world class and I do not subscribe to the view there is a systemic problem with the industry.

“Of course, isolated incidents will occur but our industry is one that can be defended and deserves to be actively supported.

“WA farmers must demand that their political representatives not just have a view, but are prepared to publicly defend the industry.”

Mr Smith said the meeting with WAGG was positive and constructive.

“It was tremendously valuable because it reinforced the fact the opportunity for live exports underpinned the farming economy and gave farmers flexibility in managing the economics of their businesses,” he said.

“Critically the meeting reinforced the point that exiting the market could in fact encourage a worsening of animal welfare conditions by other international exporters and destroy the financial viability of the sheep industry across WA.”