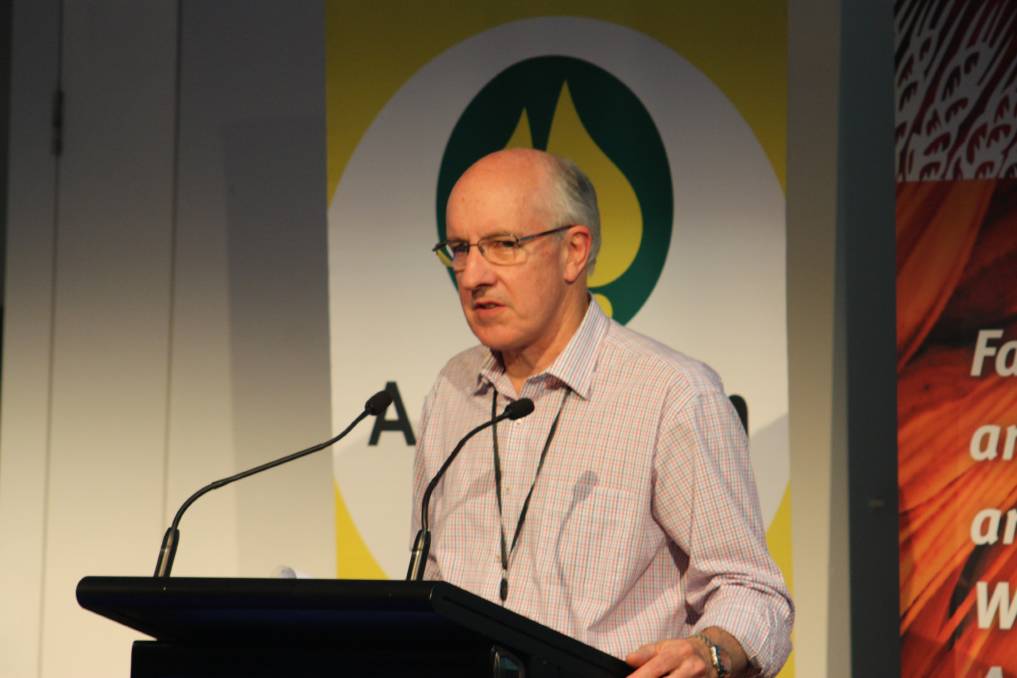 THE WA agriculture industry must do more to promote the science behind genetically modified (GM) produce to ensure the technology realises its potential in the State’s grain industry.

THE WA agriculture industry must do more to promote the science behind genetically modified (GM) produce to ensure the technology realises its potential in the State’s grain industry.

That was one of the key messages taken home by Australia’s grain industry leaders who heard multiple presentations on the successes, developments and future prospects for GM technology from world-leading scientists at the 2018 AusCanola conference in Perth last week.

Since WA’s first commercial GM canola planting in 2010, the new technology has grown to account for about 20 per cent of the State’s total canola crop.

According to the Grain Industry Association of WA (GIWA) about 410,000 tonnes of GM canola was grown last year, with close to two thirds of the Geraldton port zone’s canola deliveries made up of GM varieties.

However, the pushback against the new technology from outside the industry continues in WA, with a parliamentary inquiry underway into compensation mechanisms for farmers who suffer economic loss caused by GM material.

The inquiry was prompted by a petition tabled in State Parliament by Greens MLC Diane Evers last year, in response to the high-profile, six-year court battle between Kojonup organic farmer Steve Marsh and his neighbour Michael Baxter.

GIWA chief executive officer Larissa Taylor said while the scientific community, supply chain and growers had all embraced developments in gene technology, there was still a major disconnect with urban consumers.

With major agricultural benefits for many WA growers who use GM technology, including improved weed control and boosted yields, Ms Taylor said it was vital GM technology remained an option for farmers in the future.

“We certainly have got a lot more work to do to tell the good news story about the amazing science of agriculture and how we need that to feed the world, to remain profitable and to underpin our sustainability issues in WA.

“That technology is a part of our ability to manage soil erosion and water utilisation – it’s a key part of the mix and we’ve got more work to do to sell the good news story of agriculture and do more to explain the incredible science behind agriculture.

“I feel like we have this peak food disconnect at the moment where we all love Masterchef and beautiful, well-presented food but we’ve got to do more to tell the story about how it’s produced and the science on which it’s produced.”

It’s nothing to be threatened by.”

Australian Oilseeds Federation chief executive officer Nick Goddard said engaging consumers with the beneficial environmental effects of GM technology could be one way of endearing the public to the technology.

This included the promotion of new GM canola lines that produce long-chain omega-3 oils, which were discussed at the conference.

With omega-3 oils in demand for their human health benefits and as a feed additive in fish-farming industries, developments in GM technology have meant long-chain omega-3 oils that are normally sourced from marine plants, via fish, can now be sourced from a dryland canola crop.

This development in GM technology is tipped to ease the heavy worldwide pressure on fish stocks.

Mr Goddard said by highlighting consumer and environmental benefits of GM varieties, the public would be more inclined to embrace the technology.

“Here’s an opportunity to get your long chain omega-3 fatty acids through plant-based, renewable resources, while the social and community aspect is the fact that your saving the seafood stock, so you’re not overfishing,” Mr Goddard said.

“I think when those sorts of benefits come through on the GM front, it starts to change people’s perception a little bit.

“I think when it’s a real consumer benefit that will start to turn, but it won’t happen overnight.”