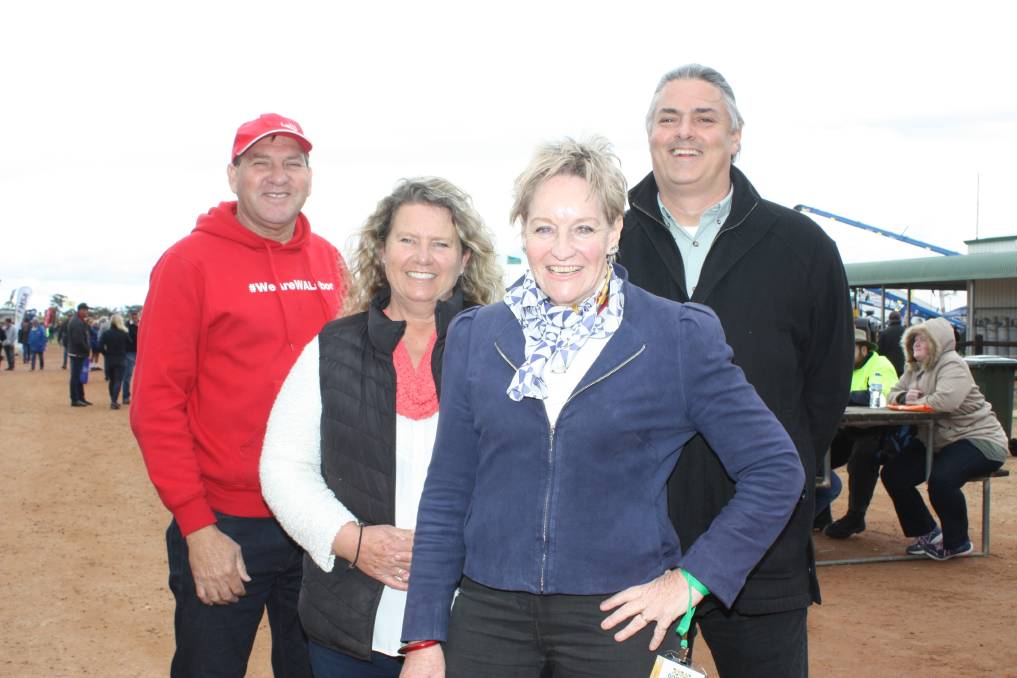 Since becoming the State’s Agriculture and Food Minister Ms MacTiernan has been a strong advocate for the non-conventional farming practice, which aims to rebuild soil organic matter and restore degraded soil biodiversity through natural processes, without the use of artificial fertilisers and pesticides.

Ms MacTiernan has also expressed her support for the regenerative agriculture book ‘Call of the Reed Warbler: A New Agriculture, a New Earth’, written by farmer Charles Massy, which has raised concerns from several farming groups due to its opposition to the widely-used chemical glyphosate.

Ms MacTiernan assured growers they need not be threatened by her support of the holistic agricultural method at the official launch of RegenWA and said it was a practice that was underpinned by “great science and great economics”.

“There does seem to be a concern that this is some sort of challenge to the rest of the community,” Ms MacTiernan said.

“What I see very much from the farmers in the regenerative space is they’re not out there preaching to other people about what they should do, they are leading by example.

“This is not some sort of crazy cult that puts manure in a cow horn and runs around naked in the middle of the night, this is about understanding very profoundly the issues of soil biology, the issues of how plants take up the nutrients from the soil, it is understanding how you keep that complex soil biota alive all year.

Led by Perth NRM, Ms MacTiernan said RegenWA was a way of connecting farmers across the State who were interested in learning more about the practice and sharing information about R&D outcomes.

She said it was the State government’s obligation to invest in research and development of the practice to give growers another tool to tackle the issues of salinity, climate change and soil acidification.

Ms MacTiernan said the government would commit to holding a roundtable with industry leaders, as well as a State conference centred on regenerative agriculture to increase awareness of the practice.

Pending information gathered at the proposed roundtable, she said trials would then be conducted at the Department of Primary Industries and Regional Development’s Wongan Hills research site to further explore the science behind the method.

“We see this as a valid path, we will be continuing to put massive focus on mainstream activity but we have an obligation also to be doing the science around this work,” Ms MacTiernan said.

“Just as we saw a couple of decades ago, many farmers across WA made a really big switch to no-till farming and that was built on the back of research that actually demonstrated that there was great productivity benefit from that.

“It (investment) won’t be massive, but we’ve got some personnel capability that we want to unleash, we’ve got the research station land, so we will work constructively with the industry.

“We’ll obviously be looking at how we can get some support from other institutions.”

He said it was the beginning of a “long road ahead” for the RegenWA network, that would see the State’s growers work collaboratively to improve their farming practices.

“It’s an exciting opportunity for us to be in a position where we have a minister who is so supportive of something of this nature, which we see as really important to the future of WA,” Mr Bodlovich said.

“We are planning to spend the next few years supporting regional WA – through the Regenerative Farmers Network – to get to the point where it is an independent self-sustaining organisation that can continue to support and help farmers who are taking this journey to share information and to learn from each other.

“The important thing I think for everyone to recognise is that this is very much about how we help people to share information, to share stories, and to learn and go on a journey together – it’s certainly not about banging people over the head with any sort of philosophical discussions and arguments.”