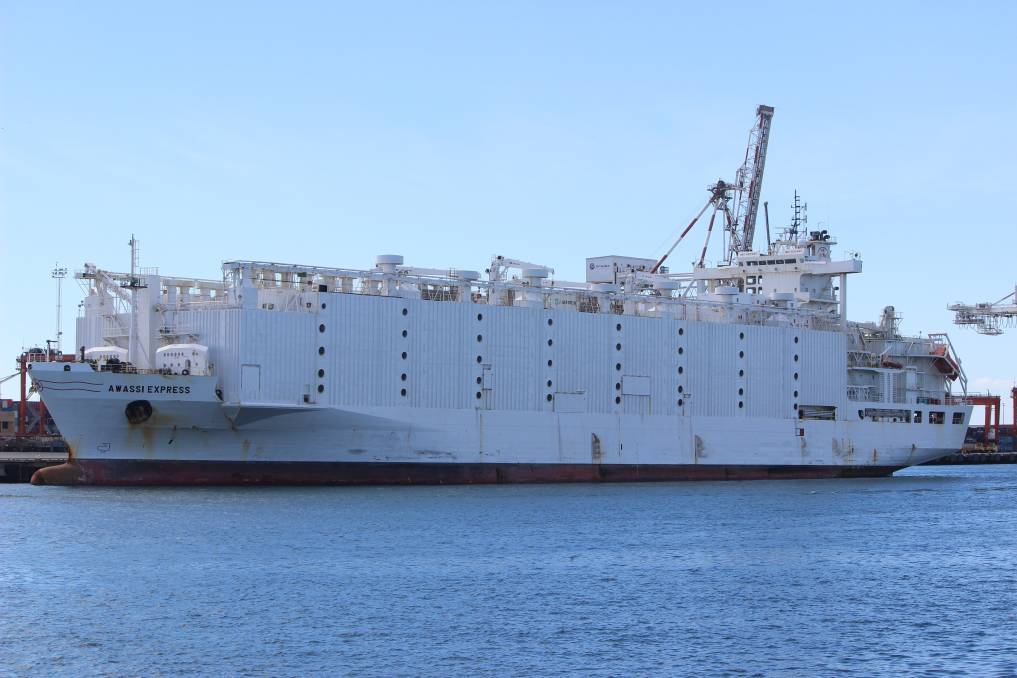 EMANUEL Exports has confirmed it is one of a “number of entities” the Federal Department of Agriculture and Water Resources (DWAR) is investigating over alleged criminal activity in the live export trade.

EMANUEL Exports has confirmed it is one of a “number of entities” the Federal Department of Agriculture and Water Resources (DWAR) is investigating over alleged criminal activity in the live export trade.

The investigation was triggered after footage onboard the live export vessel Awassi Express in August 2017 was shown on 60 Minutes in April, shocking the nation.

The images showed sheep dying from severe heat stress and in filthy conditions, while the vessel was on its way to the Middle East.

“This includes investigating allegations of overstocking of the vessel, failing to have sufficient food and water available, injury and illness not being treated and accredited veterinarians and stockmen leaving the vessel prior to completion of unloading,” said a department spokesperson.

The department declined to name any individuals or companies involved in the fresh investigation, saying “a range of witnesses are being questioned and information is being examined by the department”.

“While the department is looking at a range of activities that involve a number of entities, it is not appropriate for the department to provide additional information on the status of these actions, or to comment on individuals or companies,” the spokesperson said.

Emanuel Exports managing director Graham Daws confirmed the company was issued with a show cause notice and was part of the investigation.

Mr Daws said the company had been “complying with the requirements of the DAWR since early May when a show cause was first issued”.

“The company is taking all of the allegations on this matter very seriously,” Mr Daws said.

“Whilst cleared of any wrongdoing by the Department of Agriculture in its initial investigation, we are assessing the video footage in an effort to clarify a number of the allegations, as well as investigating the possible inadequacies of the vessel and its management at the time.

“The footage does not in any way represent a normal voyage to the Middle East and we are determined to find more answers to why the voyage ultimately ended the way it did and to be able to use these findings for preventing any similar occurrences into the future.

“The company has a very good record in delivering sheep cargoes to the Middle East, the fact that its delivery success rates exceed the industry average is just one of them.

“Just because we are the largest sheep exporter from Australia doesn’t mean we pay any less heed to the way we conduct the business – in fact it makes us work harder to do it better and deliver higher levels of sustainable animal welfare outcomes.”

Farm Weekly understands that Emanuel’s lawyers had made submissions to DAWR on why it should be allowed to continue to export.

Emanuel Exports has been embroiled in major controversy after the Awassi Express incident last year which saw 2400 sheep, or 3.76 per cent of 63,804 sheep on board, die when it was caught in a heat wave during the 23 day voyage from Fremantle to Kuwait, the United Arab Emirates and Qatar.

A whistleblower on the vessel later supplied footage from five voyages to Animals Australia before it was aired on 60 Minutes, which coincided with the arrival of the Awassi Express in Fremantle to undergo another voyage in April.

This later voyage reportedly left Fremantle after a lengthy delay without any sheep on board.

Emanuel Exports is by far the largest exporter of sheep from Australia, reportedly sending 1,228,506 head of sheep in 2017 to its customers in the Middle East.

Despite the misinformation in the public domain about the live sheep trade Meat and Livestock Australia’s (MLA) website is clear that “over 99pc of all Australian animals arrive fit and healthy at their destinations”.

“In addition to providing much needed protein for global communities, the livestock export industry also supports the livelihoods of thousand of farming families and communities,” MLA said.

“The industry employs 13,000 people across rural and regional Australia and is worth $1.8 billion to the Australian economy.

“The industry is also vital in underpinning livestock prices for sheep, cattle and goat producers across Australia by providing an additional market for livestock.”